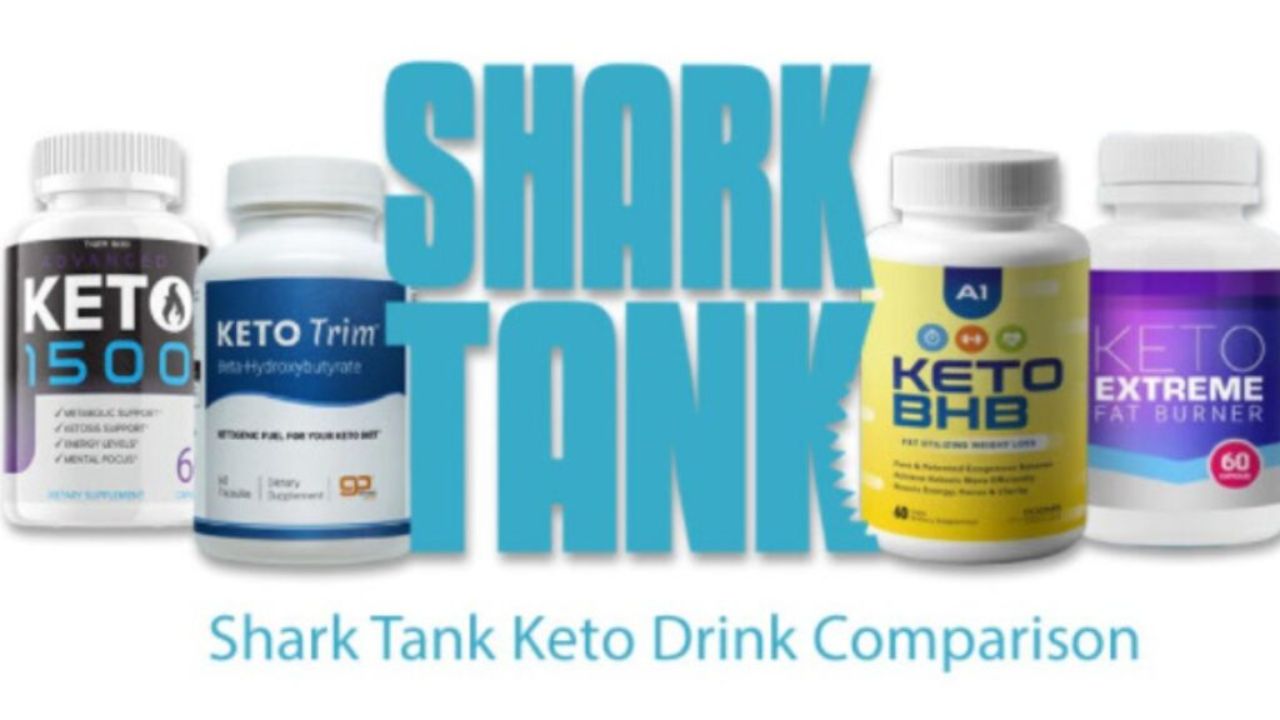 A lot of Shark Tank weight loss gummy, Shark Tank keto weight loss pills and drinks are not actually Shark Tank products as advertised.  Most of those are scams of weight loss products hoping to capitalize on the success and reach of the franchise. Lori Greiner, one of the investors of Shark Tank has even teamed up with Dr. Oz to bust the scammers on The Dr. Oz Show.

Shark Tank is an American business reality television series that has quickly gained popularity among audiences of all age groups with the unique format and nature of the show. It is a show where entrepreneurs pitch their products to a panel of five investors or sharks, who decide ‘if they want to sink their teeth into the products’ or simply put if they want to fund them.

The reality show, which is the American franchise of the international format Dragons’ Den which originated as Money Tigers in Japan in 2001, came out in 2009 on ABC and was an instant hit. It has seen a great rating success in its time slot and won the Primetime Emmy Award for Outstanding Structured Reality Program four times consecutively from 2014 to 2017 in the first four years of that category’s existence. Before that, it won the Outstanding Reality Program two times in 2012 and 2013.

Shark Tank, to this date, has invested in several products, most of which have turned out to be successful ventures. With the success rate soaring that high, it has earned goodwill and trust among the audiences about the products it has endorsed, which has led to people taking advantage of this by falsely advertising that their products have been approved or backed up by Shark Tank. It has become more common with weight loss gummy, weight loss pills, and weight loss drinks creating a controversy about it.

Previously, we touched on the weight loss stories of Rodney Lambert and Mama June.

With the rate of obesity skyrocketing these years, weight loss has been something of urgency these days for millions of people. And most of the lot want a shortcut to achieve that weight loss they have always wanted. This desperation combined with no care for proper information has led many to think that they could indeed get rid of the excess weight without putting much effort on their part in a short time through the use of things like weight loss gummy, pills, or drinks. However, these things are more often false than true; and scams than something legit.

And once those weight loss gummy and pills are peddled in association with Shark Tank, people blindly believe it. If they would ever bother to verify it, they just might find out that a lot of those are scams that have nothing to do with Shark Tank but they never do. In fact, there have been quite a number of controversies regarding weight loss pills and Shark Tank.

Since Shark Tank is all about the sharks (the panel of investors who happen to be entrepreneurs themselves) who decide if the products pitched are worth investing in or not by finding weaknesses and faults in the products, business model, or valuation of their company, once people see any of the ‘Shark Tank products’, they are sold on it immediately. This has led to a number of controversies about Shark Tank weight loss products, especially keto-related ones.

Many digital advertisements about the weight loss pills, gummy and drinks have been placed all over the social media in which such products are claimed to be affiliated with Shark Tank. While some of those ad placements purport that the product has appeared on the reality show, some even go so far as to claim that they have been funded or personally endorsed by the Sharks.

If people actually bothered to check out those weight loss pills, gummy, and drinks, they would be a little surprised to learn that most of those advertised products have, in fact, nothing to do with Shark Tank and that they have not secured funding from any of the investors featured on the show. They all might seem like a little white lie (so who cares that the products have not been endorsed in the show) but their heightened claims about the effectiveness of the weight loss cannot be ignored anymore.

In a 2018 episode of Shark Tank, guest investor Alex Rodriguez invested $300,000 in a brand called Nui, a keto-friendly cookie product that skips added sugar but doubles down on saturated fats. In another episode, another keto product was pitched by a brand called Honest Keto Diet that helped to maintain ketosis without strictly cutting off sugar altogether. This weight loss diet failed to get funding but the pitching of these products in Shark Tank only increased the fake Keto ads.

Such fake keto weight loss pills and diets and gummies and drinks were bound to be caught sooner or later especially since their outlandish claims get disproven with time and use which drew more eye to them because they are supposedly from such a reputable source. ‘Shark Tank Keto pills’ caught the eye of the Better Business Bureau when the officials discovered that the product made use of the images from a Shark Tank episode that does not even mention PureFit Keto by any stretch.

Some of such fake weight loss pills also exploit and manipulate the image of the Shark Tank investors to trick the targeted consumer base. Like Lori Greiner, the Queen of QVC, who has invested in more than 35 businesses that were pitched on the show could not ignore those scams, and neither could Mark Cuban. Mark called those fake ads scams whereas Lori Greiner revealed that she had nothing to do with Keto weight loss products, and to beware of such products which use her names.

Lori Greiner said in a video posted on her social media that people took their images and photoshopped products into their hands, and made it seem like Shark Tank was endorsing them. She once made an appearance on an episode of The Dr. Oz Show alongside a Federal Bureau of Investigation cybersecurity agent where she and Dr. Oz exposed such scams.