Sharon Case’s Plastic Surgery: The Young And The Restless Star Then And Now! 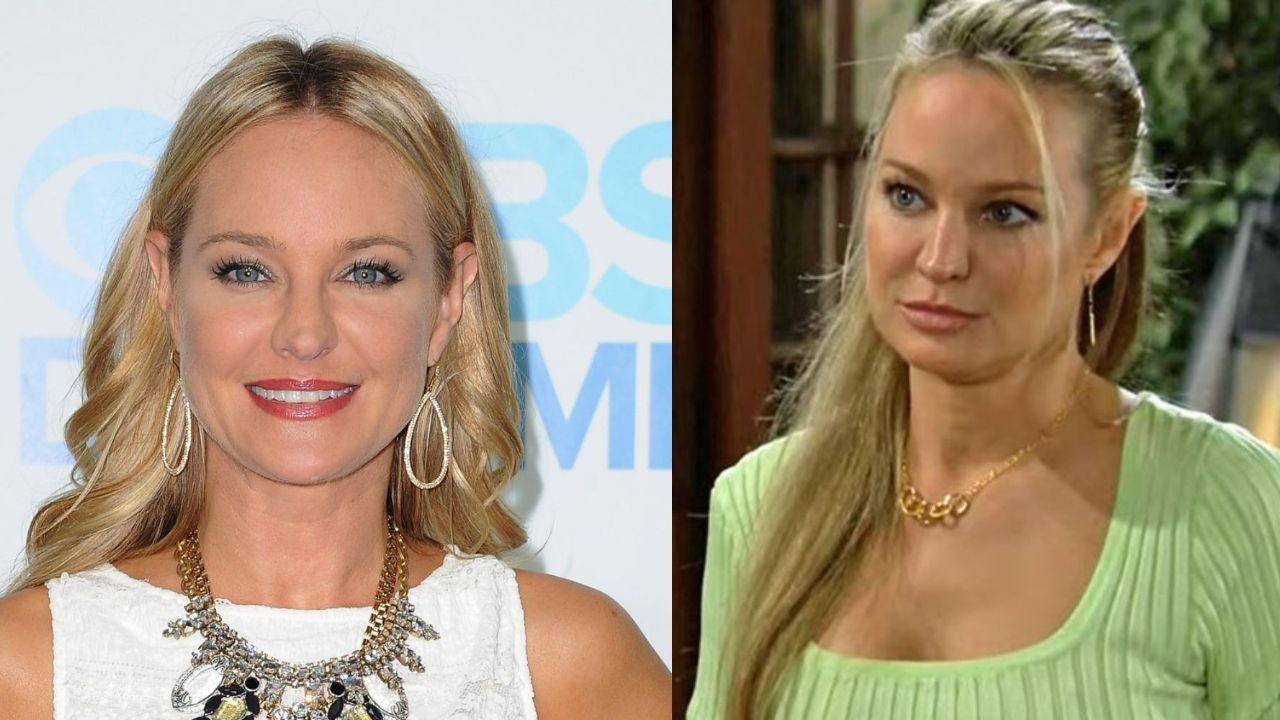 Sharon Case is suspected of having undergone plastic surgery, especially breast implants because she has a very shapely body figure that is supposedly unattainable naturally. Taking a look at the pictures of The Young And The Restless star of then and now, there are changes that could have been due to aging but people have chalked up to Botox and fillers. Sharon Case has yet to respond to those plastic surgery speculations.

Sharon Case is an American actress who most people might recognize as Sharon Newman from the CBS daytime soap opera The Young and The Restless. Though she was initially cast in the recurring status in 1994, she was soon upgraded to a regular cast.

She is considered a leading actress in the series by the fans of the show, which still plays. For her performance in The Young and The Restless, Sharon Case won the 1999 Daytime Emmy Award for Outstanding Supporting Actress in a Drama Series.

She is also a former model. In fact, Sharon began her career as a model. She even relocated to Japan briefly when she was modeling.

After she returned to Los Angeles, she started taking up part in theater and managed to garner lead role credits in the musicals Grease, The Wizard, and The Nutcracker, before she scored her first television role playing Dawn Winthrop on the ABC Network soap opera General Hospital in 1989.

Sharon Case is also known for her other roles in daytime soap operas including Debbie Simon on the CBS Network drama As the World Turns and Bonnie Abagail on the CBS crime drama Silk Stalkings. She has also made appearances in Beverly Hills, 90210, Parker Lewis Can’t Lose, and Cheers.

In 2005, the television soap opera actress made a transition to movies when she appeared in an independent film entitled Carpool Guy with The Young and the Restless co-star Lauralee Bell. The same year, she did a short film titled Wentworth.

In 2007, she did her second short film Repressions in which she starred alongside Debra Hopkins. In the film, she played the role of Janie, a woman who is tricked by her therapist into believing she has repressed memories of sexual child abuse. The film and her work in it were critically acclaimed by independent movie reviewers. Her performance was called ‘mesmerizing’ and ‘stunning’.

In 2009, Case made an appearance in an episode of the sex comedy series Poor Paul which was created by Kevin Schmidt, her former The Young And The Restless co-star. She did a Hallmark movie called Dad’s Home in which she starred opposite David James Elliott.

Lately, Sharon Case is in the news not for her acting career but for the lifestyle choices that she might or might not have made i.e. plastic surgery.

Previously, we touched on the plastic surgery efforts of Elon Musk and Blac Chyna.

Sharon Case’s Plastic Surgery Rumors: Did She Have Breast Implants, Botox, And Fillers?

Sharon Case (@sharonlcase) is not just known for her roles in daytime soap operas but she is also much admired for having a flawless body figure. She has the perfect hourglass body type. The measurement ratio of her chest, waist, and hips is 36-25-35. Her hourglass body shape is really accentuated by her full breasts, slim waist, and round hips. The actress weighs 140 pounds and has a 34C bra size.

But while prior to the takeover of plastic surgery in Hollywood, Sharon Case was just an incredibly beautiful person blessed with the perfect body with stunning measurements, now that plastic surgery is the new makeup, she is a one of those who has bought for herself an unattainable body with the aid of cosmetic alterations.

The actress is no longer just awed at for her body figure, but now she is looked at with eyes narrowed in suspicion of plastic surgery. Not a lot of people believe that Sharon Case could have the body she does without any artificial interventions. Only a few believe that her physique is all-natural and that she hasn’t gone under the knife.

Especially the rumors are rife that The Young And The Restless star had had breast implants. Since posing for pictures in various magazines in bikinis which showcases her alluring figure and accentuates her chest is not new to her, people always imagine that the shape of her chest is not natural even when they have no reason to think so. They believe that her breasts cannot be that big in a body like her with such a slim frame.

So naturally, Sharon Case has been accused of increasing the size of her breasts with the aid of plastic surgery. She has been suspected of having breast implants. Not only that but the 51-year-old is also said to be looking puffier than usual, which is believed to be the result of botox or fillers.

But has she really gotten all of those things because that could be just what her fans have told themselves? Is there any truth to it? Has she herself ever admitted to getting breast implants, Botox, or fillers?

No, it’s just people taking the liberty of making speculations about a public figure in line with the latest thing that the showbiz had gotten into. Sharon Case is not required to give the public any information about the plastic surgery she may or may not have gotten.

The General Hospital actor has not bothered to address the speculations that she has had breast implants, Botox, or fillers. Though there are definitely changes in the way she looked then and now, it could have been a natural aging process and cannot be chalked up to plastic surgery.