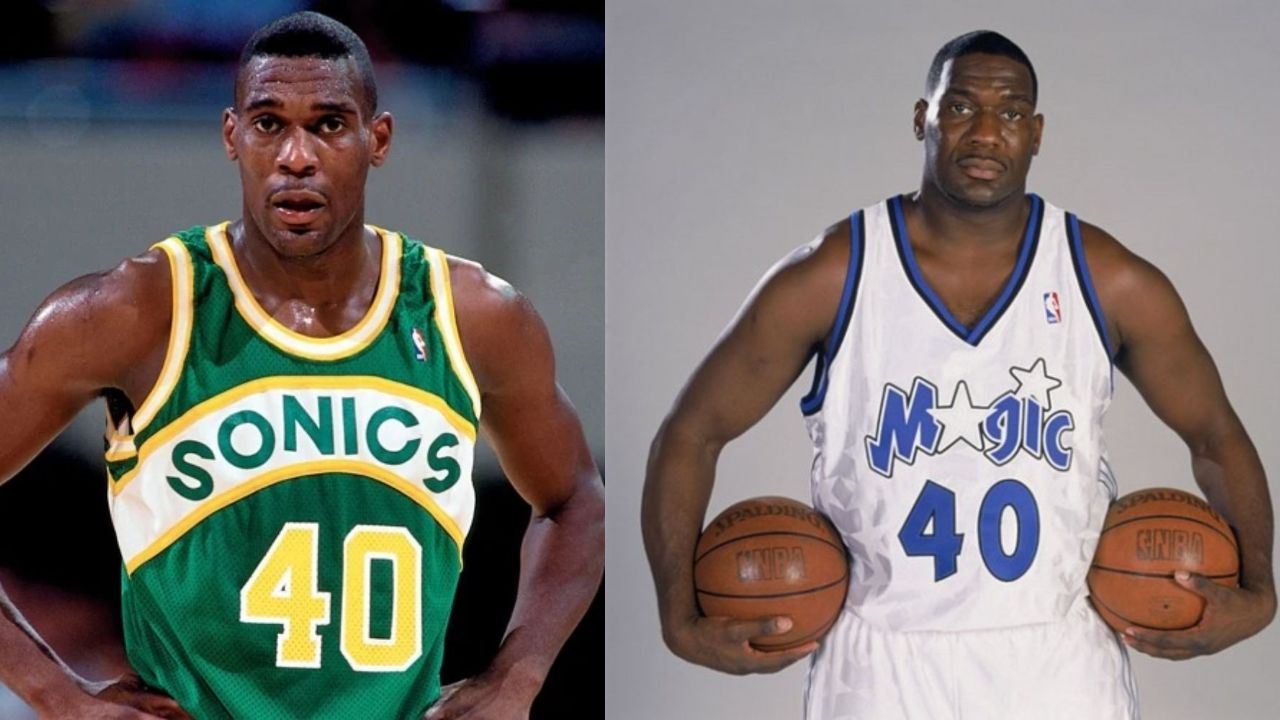 Shawn Kemp had a weight gain of 35 pounds during the lockout of the NBA in 1999. It was the beginning of the downfall of the sports career of the NBA player. Shawn Kemp eventually retired in 2003 after a long struggle with weight gain issues and drug abuse.

Shawn Kemp is an American former professional basketball player who is believed to be the hardest dunker in the history of the NBA.  He was nicknamed the ‘Reign Man’ after his second season in the NBA. He is a six-time NBA All-Star and a three-time All-NBA Second Team member.

The basketball player has played for the Seattle SuperSonics, Cleveland Cavaliers, Portland Trail Blazers, and Orlando Magic in the National Basketball Association (NBA) and had a very promising career ahead of him. But he went on a downward spiral after the weight gain and subsequent drug abuse.

Shawn Kemp’s weight gain is still tragically talked about while talking about basketball because it signified the beginning of the end of a very bright and promising sports career.

Previously, we touched on the weight gain efforts of Shania Twain and Joc Pederson.

Shawn Kemp’s Weight Gain: The Beginning of The Downfall of The Reign Man!

Shawn Kemp had a significant weight gain of 35 pounds during the 1998-99 lockout of the NBA.

Looking back at the history of the NBA and talking about the lockout season of 1998-99, Shawn Kemp’s weight gain still comes up as though it was yesterday and not almost 23 years ago. The season almost got canceled. Eventually, they settled for a shortened 50-game season.

In hindsight, Shawn Kemp’s weight gain was not just the beginning of his downfall but it also signified how he had stopped caring about basketball because he was slowly spiraling into the world of drugs. Just a few years before that, the NBA player had been giving it his all and playing at the peak of his powers. He was very impressively averaging 19.6 points and 11.4 rebounds per game on 56.1% shooting from the floor in 1996 for the Seattle SuperSonics.

It was the best time of his career but not for his team because they ended up losing to Chicago Bulls despite their winning streak till game 5. Shawn Kemp averaged 23.3 points on 55% shooting from the field, 10.0 rebounds, and two blocks, in the Finals. He finished a close second in Finals MVP voting and almost became the second player to win the award despite being from the losing team. But pretty soon he would be struggling with weight gain issues.

Shawn Kemp had garnered a lot of fans and people had high hopes for him but he began to spiral from then onwards. Whatever goodwill he had earned till then, he slowly lost it after his performance in the 1996-97 season where it was clear that he was just going through the motions without caring the way he used to. He had not undergone weight gain then but he had gotten too much into drinking.

On February 1st, 1997, the night before the most anticipated matchup of the year, SuperSonics vs the Chicago Bulls, the rematch of the finals to be played in Seattle, Shawn Kemp who was named ‘Reign Man’ was infamously throwing back drinks late into the night at a local Seattle bar named The Keg Steakhouse and Bar. He let himself go completely. The weight gain issues he had sometime later should have surprised nobody.

Shawn Kemp appeared to be drunk at the game and he didn’t attempt a single shot in the first 18 minutes of the game. He took only 11 shots in the game and scored 16 points. Anybody could tell he was not truly invested in that match. SuperSonics lost to the Bulls. He should have seen it coming when the Sonics didn’t offer him a new contract.

The following season, the NBA player signed a massive seven-year $107 million contract with the Cleveland Cavaliers, which they instantly regretted because of the weight gain he had which showed that he was not someone interested in the game. They obviously didn’t appreciate when he entered the training camp overweight and out of shape.

The entire 1997-1998 season, Shawn Kemp spent trying to solve that weight gain problem and attempting to get back into playing shape but nothing came of it and the efforts were futile. The next season did not start on time because of the lockout.

When the season finally started on February 5, 1999, Shawn Kemp shocked everyone when he came into the training camp with his significant weight gain of 35 pounds. The Cavaliers were extremely disappointed because he was listed at 280 pounds and he came with 315. Some sources had even cited that he had gained 50 pounds and was north of 400 pounds easily.

Despite the massive weight gain, Shawn Kemp went on to play basketball for the next three years (not with the Cavaliers) after which he retired in 2003.