Shin Seul Ki’s Plastic Surgery: How Did The Single’s Inferno Star Look Before All the Cosmetic Procedures? 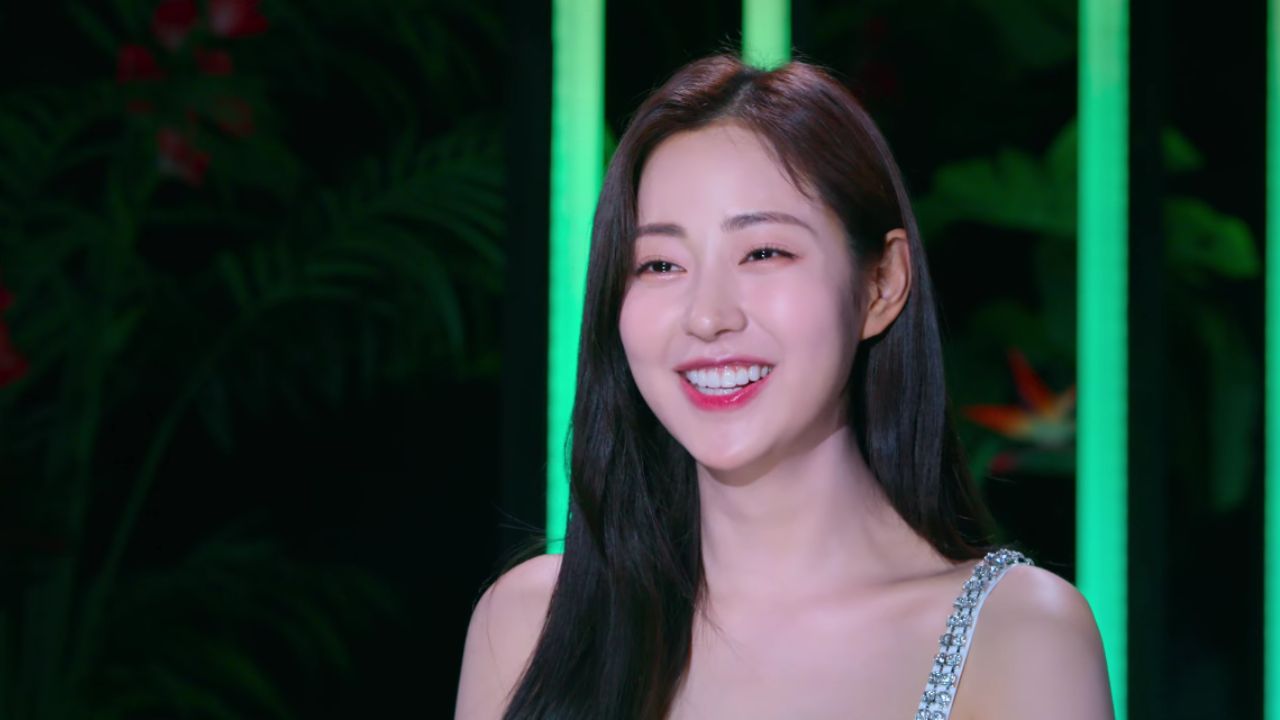 There has been a buzz about Shin Seul Ki’s plastic surgery ever since she appeared in the second season of Single’s Inferno. The reality star’s appearance has created polarizing views about her because while some think she’s extremely beautiful and the most gorgeous woman on the dating show, others think Shin Seul Ki looks unnatural and weird. The majority of people on Reddit think Shin Seul Ki has had plastic surgery. They think she has had a nose job, V-shape jaw surgery, chin reshaping, lip lift surgery, and something done on her eyes.

Single’s Inferno is back with a second season and the viewers are taken in by the contestants. And why would they not be? It is a dating reality show which gathers contestants who are young and attractive singles and are supposed to charm their way with a partner to the ‘heaven island’. They are going to be their best because why would anyone want to get stuck at the titular, bare-bones inferno, or ‘Hell Island’ when they could be making a connection with someone they liked and leave the island for an overnight stay at the much more luxurious Heaven Island?

For the second season of Single’s Inferno, the first contestant who arrived at the beach was a woman named Shin Seul Ki. From the very first moment that she came on the South Korean reality show, she managed to capture the attention of the show’s hosts who described her as ‘elegant’, ‘innocent’, and ‘very Korean’ from their furnished and cozy viewing room away from the inferno.

Shin Seul Ki is indeed an elegant woman who is in her final years of studies and is a senior majoring in piano at one of South Korea’s top schools, the Seoul National University College of Music. But, viewers of the show are polarized by her presence. And all because of her appearance. While some are fascinated with the way she looks, and think she is objectively the best-looking woman on the show, others are just repelled by how she looks because of ‘how unnatural and weird her appearance is.’ They are ready to bet their left hand that this stranger woman on a foreign dating reality show who they have never seen before has had plastic surgery and just too much of it.

It’s a sad state of affairs that the contestants are not required to disclose the state of naturalness in their appearance. Anyway, the television personality has already sparked cosmetic surgery speculations just by appearing on the show. People are partaking in the discourse about it on several platforms, especially Reddit, very passionately. Let’s hear what Reddit users have to say about Shin Seul Ki’s plastic surgery!

Would you also like to read the plastic surgery stories of Ronaldo and Jimmy Carr?

Shin Seul Ki (@shinseulkee), as per the Reddit discussions, has had several plastic surgery procedures including a  nose job, V-shape jaw surgery, chin reshaping, lip lift surgery, and something done on her eyes.

I can’t tell if it’s a good thing or bad thing that Shin Seul Ki is on everyone’s minds after the release of Single’s Inferno because not all of the attention she is getting is for a good reason. She is mostly getting hated because of her appearance and plastic surgery. She might not like it and want to avoid such mass hatred at all costs even if she was the type for whom ‘every publicity is good publicity’ like for some reality stars.

But Shin Seul Ki has already put herself out on the dating market in a reality show and our world is screwed up so, she doesn’t have a chance of escaping all the negativity because people have now latched on to her ‘unnatural’ face, which they believe is the result of too much plastic surgery as a reason to hate her and troll her on the internet. You would be shocked at how strongly the viewers of Single’s Inferno react to her presence in the show.

Now, if you are thinking that ‘she looks very natural, what are people even talking about,’ well, then you have an untrained eye because everyone else thinks she has had too much plastic surgery that has rendered her ‘uncanny’ to look at. Plus, points like ‘South Korea is the plastic surgery capital of the world’ and ‘her father is a plastic surgeon’ are being made in favor of her going-under-the-knife arguments.

Reddit already has several threads dedicated to discussing Shin Seul Ki’s plastic surgery. Many users have pointed out how she is definitely beautiful but something about her face is just weird and awkward to look at because it was bizarre that she can’t move her face or make natural expressions. They are on to something with this one because at some point, every viewer had been unable to gauge her response to some situations when she has reacted well, not in the way one would expect, and to think of it, everything was down to her expressions.

While a lot of people think that Shin Seul Ki’s simply gorgeous, Reddit users can’t see past all the plastic surgery procedures she has gotten. They too think she is beautiful but in an almost too perfectly crafted for the Korean standard way. They believe that she has had work done, most likely a nose job and something on her eyes too.

Her nose and cheeks, when she smiles, is a little off, as some Redditors find because they have made an observation that ‘they don’t wrinkle right if that makes any sense.’ People also think that there is something weird about her lips and believe that she has had plastic surgery done to make her lips protrude more or make them a different shape. Others suggested she had dermal fillers and a lip lift surgery to change the shape of her mouth and lips.

Likewise, Shin Seul Ki also has had her jawline shaved and something done on her chin, fans believe. It’s possible that she has had one of those V-shape jaw surgery because her lower face seems to get stuck in a lopsided position which might be a sign of smoothing awry in the reshaping of her chin area.

Tune in to House & Whips to read more interesting stories about your favorite celebs.

Did Ronaldo Get Plastic Surgery? Why Does His Face Look Different? Did He Get Teeth Surgery? What Did He Do to His Skin? Read More

Trending
Jimmy Carr’s Plastic Surgery in 2022: How Does the 50-Year-Old Comedian Look So Young Now?
Trending
Kimbella Before Plastic Surgery: How Did The ‘Love & Hip Hop: New York’ Star Look Before Botox, Fillers, Lipo and BBL? Check Out Her Before and After Pictures!
Trending
Sheryl Crow’s Plastic Surgery: Did The Singer Have a Facelift and a Nose Job?
Trending
Dr. Pepper Schwartz’s Plastic Surgery: Did The Married at First Sight Cast Member Have a Facelift and Botox?
Trending
Katie Couric’s Weight Gain: How Much Does The Journalist Weigh Now?
House&Whips
About UsPrivacy PolicyTerms of UseDMCAContact
House&Whips is a leading media and entertainment source as a fast-growing information hub. For promotion or advertisement, please mail us at [email protected]