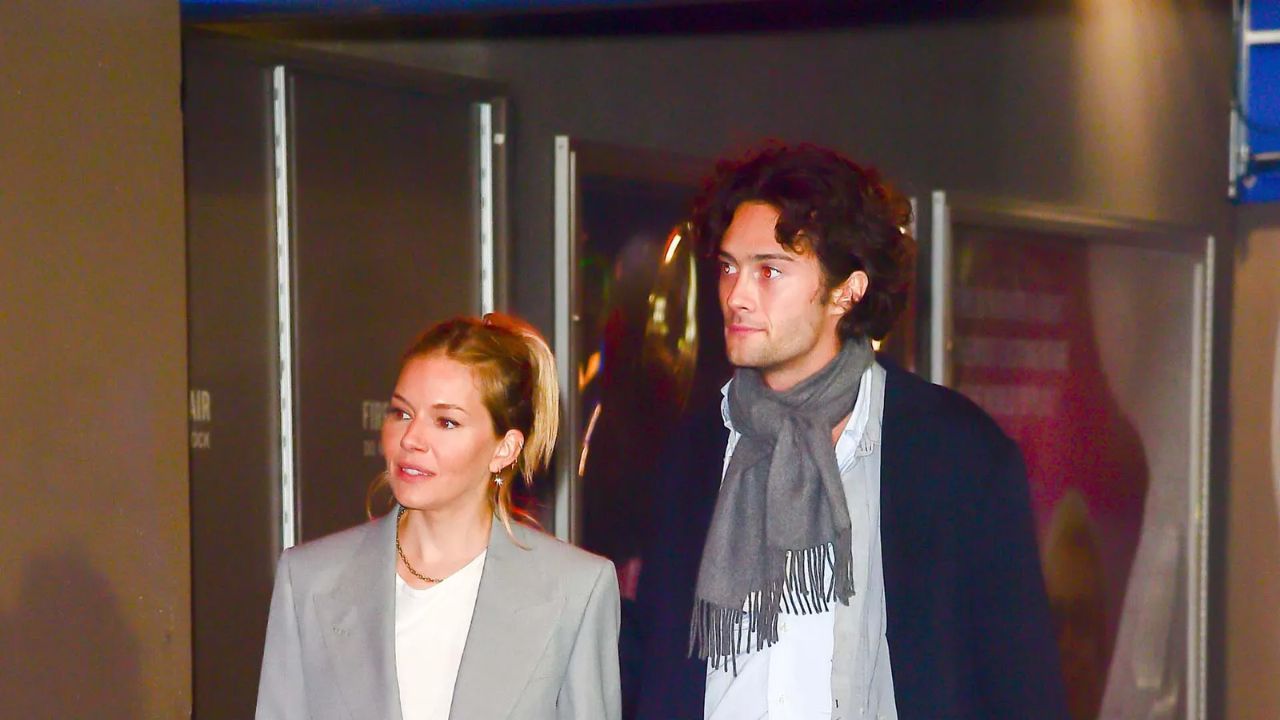 Sienna Miller was recently spotted making out with a 25-year-old actor/model and new boyfriend Oli Green. She recently headlined a Netflix thriller Anatomy of a Scandal. While fans wonder about her husband, the actress previously had three broken engagements. Sienna Miller was once engaged to Jude Law in 2004. Miller also got engaged to actor Tom Sturridge with whom she has a daughter, and she broke off another engagement with Lucas Zwirner in September 2020.

Sienna Miller is an American-English actress who gained prominence in 2004 when she got her acting breakthrough in Layer Cake and Alfie. She started her career in photography modeling before she got into acting. She appeared in the pages of Italian Vogue and posed topless for the 2003 Pirelli calendar as a model.

After breaking into acting, Sienna Miller continued on with it and portrayed a socialite Edie Sedgwick in Factory Girl in 2006. In 2008, she played the role of author Caitlin Macnamara in The Edge of Love which got her a nomination for the 2008 BAFTA Rising Star Award. She took a brief sabbatical in 2009 after she appeared in G.I. Joe: The Rise of Cobra to avoid tabloid scrutiny.

Throughout the 2010s, Sienna Miller got further critical acclaim for her appearances in the films Foxcatcher, Mississippi Grind, The Lost City of Z, and American Woman, as well as the miniseries The Loudest Voice.

Sienna Miller’s latest acting role is in Anatomy of a Scandal as Sophie Whitehouse. Anatomy of a Scandal is a British drama miniseries that is a screen adaptation of the novel of the same name written by Sarah Vaughan and developed by David E. Kelley and Melissa James Gibson. It was released on Netflix on 15 April.

Miller depicts the role of Sophie Whitehouse, wife of a member of the British Tory cabinet James Whitehouse, whose life is torn apart when a scandal of her husband having affair breaks out, and things take a turn for the worse when he is accused of rape.

Who is Sienna Miller’s Boyfriend?

Sienna Miller (@siennathing) is back in the spotlight after a long time not just because of the release of the Netflix thriller Anatomy of a Scandal but the actress was also recently papped snogging with new boyfriend Oli Green outside a pizzeria in Notting Hill.

The couple has been seen making rounds in various events from watching a New York Knicks basketball game to attending the BAFTAs together. The pair also stopped by Vanity Fair’s 2022 Oscars Party last month and posed for photos together on the red carpet.

Oli Green (@ooroosgreen) is an actor and model who comes from a very prestigious family in Britain in the art world. His grandfather Richard Green is the owner of two galleries in Mayfair.

The 25-year-old graduated from Lee Strasberg Theatre and Film Institute in New York. He began his career as a model. He was a familiar face with Burberry and became a part of the Burberry campaign in 2018.

Sienna Miller’s new boyfriend has appeared in several campaigns for the luxury fashion house brand alongside Cara Delevingne and Suki Waterhouse. Prior to that, he had also modeled for the high street retailer GAP for its I Am campaign in 2017.

Oli Green recently branched out to acting in recent years. He got into acting after starring in John Eatherly’s 2019 song Burnout, alongside model Kaia Gerber. He has appeared in the television series The Bold And The Beautiful. He also played an unnamed backpacker in the Apple TV+ series The Mosquito Coast. He is set to appear as Thomas in A Good Person.

As for his 15 years older girlfriend Siena Miller, in the early 2000s, she was engaged to Jude Law. She also went out with actor Tom Sturridge. The Loudest Voice actress started dating him in 2011 and went on to get engaged and then have a daughter Marlowe together in 2012. The pair never got married but instead broke off their engagement amicably in 2015.

The Anatomy of a Scandal star Sienna Miller had another broken engagement when she split up with art editor Lucas Zwirner nine months after they got engaged in January 2020 after a few months of dating. She was romantically linked to businessman Archie Keswick last summer.