Simon Cowell’s Plastic Surgery: The X Factor Creator Before and After Botox, Fillers, and Facelift! 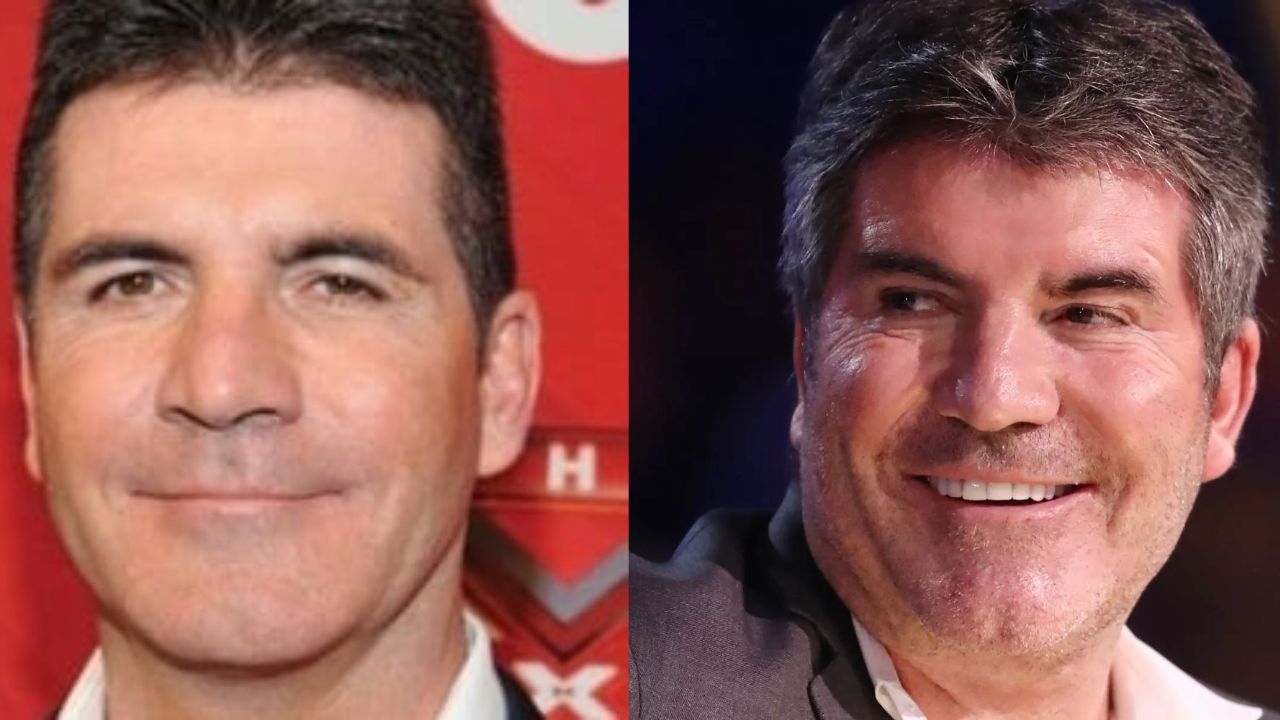 Simon Cowell is an English television personality, entrepreneur, and record executive who you might recognize as the judge of The X Factor and Britain’s Got Talent who’s always insulting and making wisecrack comments about contestants and their singing abilities. Well, he doesn’t just make blunt remarks but he does more than that. He has created The X Factor and Got Talent franchises which have been sold around the world.

Also, he is obsessed with plastic surgery. He was in love with Botox since 2008 and he added fillers to the list. But now, their situation has changed. Continue reading to learn about Simon Cowell’s plastic surgery and his changed attitude towards it!

Previously, we touched on the plastic surgery efforts of Olivia Newton-John and Keith Urban.

Simon Cowell’s Plastic Surgery: The TV Personality Regrets Having Too Much Botox and Fillers; Check Out The Before and After Surgery Photos!

Simon Cowell (@simoncowell) has admitted that he has undergone multiple plastic surgery procedures including Botox, fillers, and facelift but denied having blepharoplasty even though many suspect him of it. He has gotten teeth veneers as well.

Simon Cowell has now become one of the rare ones in showbiz who has not just admitted to having undergone plastic surgery, but admitted that they have gone overboard with several procedures. In an interview he did with The Sun at the Nickelodeon Kid’s Choice Awards 2022, he spoke candidly about the work he has gotten and how he has started to regret it, which is brave given the stigma around cosmetic surgery.

It’s not like we wouldn’t have known if he hadn’t told because even if he hadn’t opened up about the plastic surgery procedures he has gotten, anybody could have told anytime but still he didn’t deny and on top of that, he confessed that he messed up his face, which is too honest and real for someone from showbiz.

Simon Cowell made the revelation that he now had a changed attitude towards plastic surgery after coming to the realization that it made him look ‘like something out of a horror film.’ He had always been obsessed with looking young and having perfect skin so he used to get Botox and filler often.

So, he began getting all those work done in a bid to delay aging from early on at the time when it was in fashion. It was a phase where everyone was having their faces pumped full of this and the other, he said. Hopping onto the latest trend, he got started on plastic surgery but he never quite figured out when to stop and so he didn’t. He started getting Botox as early as 2008 to reduce signs of aging and it was so normal for him.

To me, Botox is no more unusual than toothpaste. It works, you do it once a year – who cares?

What finally made him realize that the plastic surgery had to stop was his ‘after’ face. Simon Cowell looked at a picture of himself and he couldn’t tell it was him. He said,

There was a stage where I might have gone a bit too far. I saw a picture of me from ‘before’ the other day and didn’t recognize it as me first of all. Eric (his son) was in hysterics. Enough was enough. There is no filler in my face at all now. Zero.

If the looks straight out of horror films hadn’t worked, his son going into hysterics over his overfilled face would have done the job. Only he should have had his son years before he actually had him so that the son could go into hysterics earlier about Botox and fillers and he would realize that he had gone overboard sooner. Because he was very crazy and weird about staying young and excessive use of plastic surgery. He really could have used the intervention.

Simon Cowell tried anything and everything in plastic surgery to look beautiful. I mean, he had a sheep placenta facial once and he also let himself be covered in oils, wrapped up in cling film and tin foil, put in a tube, and locked there for an hour. There’s a line and that’s that.

And remember the time he said, “It hurts like hell but it gets rid of sun damage and unplugs all the cr*p,” about a facelift? Is hurting like hell really worth it? In 2018, he spent £2,000 on a treatment that is dubbed a 21st-century facelift. He visited the ‘Picasso of dermatology’ Dr. Jean-Louis Sebagh for a Silhouette Soft Lift, which is a procedure that involves sewing bioplastic-infused thread into the face and neck and tugging it to get rid of sagging skin. No wonder it hurts!

But still, Simon Cowell was not like ‘I’m never going to do this again’ and was all advice about plastic surgery like “There’s lots of things you can do now. You don’t just have to stuff your face with filler and Botox.” He may have chosen Botox after then since the facelift was too much pain. After all, his love for Botox is not unknown. In fact, he was such a fan of the £350-a-pop jabs that he regularly gave co-stars vouchers for Botox on Christmas.

And though he has denied it, plastic surgery experts are certain he has had a blepharoplasty (a procedure where skin and fat are removed from the eyelids), neck lift, and a chemical skin peel as well. He also allegedly got 28 upper and lower veneers in total.

It’s great that Simon Cowell is no longer obsessed with plastic surgery and even laying off Botox and fillers for a change. He is now focused on a healthy lifestyle and not on looking artificially young.

For me now, a lot of it comes down to healthy eating and drinking tons of water.