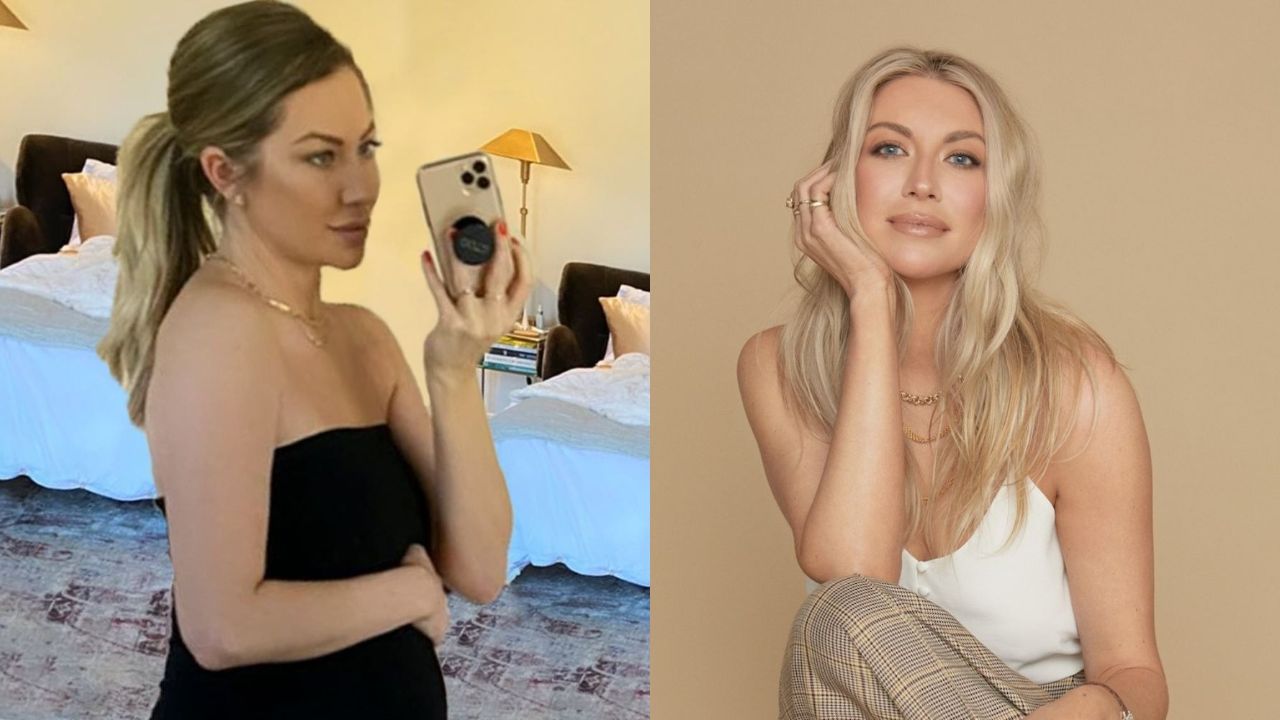 A podcast host, fashion blogger, model, author, and TV personality, there might be nothing left that Stassi Schroeder hasn’t done. Making a name for herself as one of the multifarious celebs, you’d know Stassi from Bravo’s reality television series Vanderpump Rules. Also appearing on season 8 of the reality game show The Amazing Race, Sharknado: The 4th Awakens, and her own digital series called Basically Stass, Schroeder can be recognized as a well-established celebrity.

While there’s quite a bit of controversy to discuss on Stassi, her weight loss spurred the audience’s interest. What could be the reason for the star’s recent transformation? Is she on her way to step into the screens again or could the reason be more personal?

Previously, we touched on the weight loss stories of Lauren Ash and Rick Ross.

Stassi Schroeder’s Weight Loss: Reddit Wonders the Reason Behind Her Change in Physique!

Stassi Schroeder doesn’t look the way she used to some while ago. While many believe that it could be for a comeback, the reality is somehow different.

The real reason behind Stassi Schroeder’s weight loss has been revealed to be Postpartum. Schroeder gave birth to baby girl Hartford back on January 7 of 2021, and ever since is struggling with her new body.

Taking her experience to her socials back in February, Stassi posted a full mirror selfie of herself explaining her the then situation. The star wrote how it had been a week her postpartum and how her body was at that time. She emphasizes how she expected her body to go back to the way they were prepartum but the reality hit her hard.

“My body issues consume my thoughts about 97% of the day, and it is a major hole I struggle to dig myself out of,” the Vanderpump Rules star wrote. “We’re told we have to eat enough calories to breastfeed but don’t overdo it because then we won’t get our bodies back. All the while I’m trying to stay mentally and emotionally healthy for my baby, my husband, and myself.”

Though the exact numbers on how much weight Stassi Schroeder lost aren’t shared, she surely looks leaner than before, implying the weight loss had been hard on the star. On the way to help her body get back to how they were before her pregnancy, Stassi might have overworked to lose more weight than she intended.

In an interview with Bravo TV, Stassi shared her diet plan and it’s anything but basic. The author of Next Level Basic begins her day with a CELSIUS workout drink, following the intermittent fasting practice of cycling between times of fasting and eating.

Stassi Schroeder avoids breakfast altogether, preferring to wait until lunch when she orders a Chinese chicken salad through Postmates. She makes sure to eat something little before the clock strikes 6:00 p.m., which ends her day’s dining, to avoid late-night Taco Bell orders. Even though she has stopped eating, she continues to drink water and red wine at night.

A health-conscious TV personality, Stassi also does workouts and other physical activities to keep herself fit and in shape. Before her very recent weight loss postpartum, the star had dropped to “Skinny Scary Weight” after her breakup with Patrick Meagher back in 2017. The image of her looking comparably skinny circulated throughout the internet.

Spotted in a black sequined dress, Stassi couldn’t hide her slender and lanky body. This sparked rumors of her losing weight due to the pain of the breakup. No statements were given by the star then.

Why Was Stassi Schroeder Fired From Vanderpump Rules?

Stassi Schroeder was fired from the Vanderpump Rules following the revelation that she had called the cops on her former co-star Faith Stowers for a crime that Stowers had nothing to do with. The star was also dropped by her agency and publicist after the incident.

Schroeder admitted to calling the cops and reporting fellow castmate Faith Stowers as resembling a woman wanted for theft in an interview on the Tamron Hall Show. After Stowers complained about the event in an interview that immediately went viral this year, Schroeder and castmate Kristen Doute were fired.

When asked if she understood the consequences of her conduct, Schroeder responded,

I do absolutely understand. I’ve spent the last three months working with a teacher and learning about everything. And there was so much that I didn’t know. I didn’t understand that just because something wasn’t about race for me, doesn’t mean it’s not about race for the other person because I’m bringing my experience as a white privileged woman to this situation and she’s bringing her experience as a Black woman into this situation. And because it’s about the race for her, it is about race. And that’s something that I’ve realized.

The star took quite a while to speak out her statement as she said she needed time to process what was happening. The issue has now been resolved and Stassi Schroeder also said that she wouldn’t be making her comeback anytime sooner.