Taylor Armstrong’s Plastic Surgery: Has The Former Real Housewives of Beverly Hills Star Gone Under the Knife? Check out the Before and After Pictures! 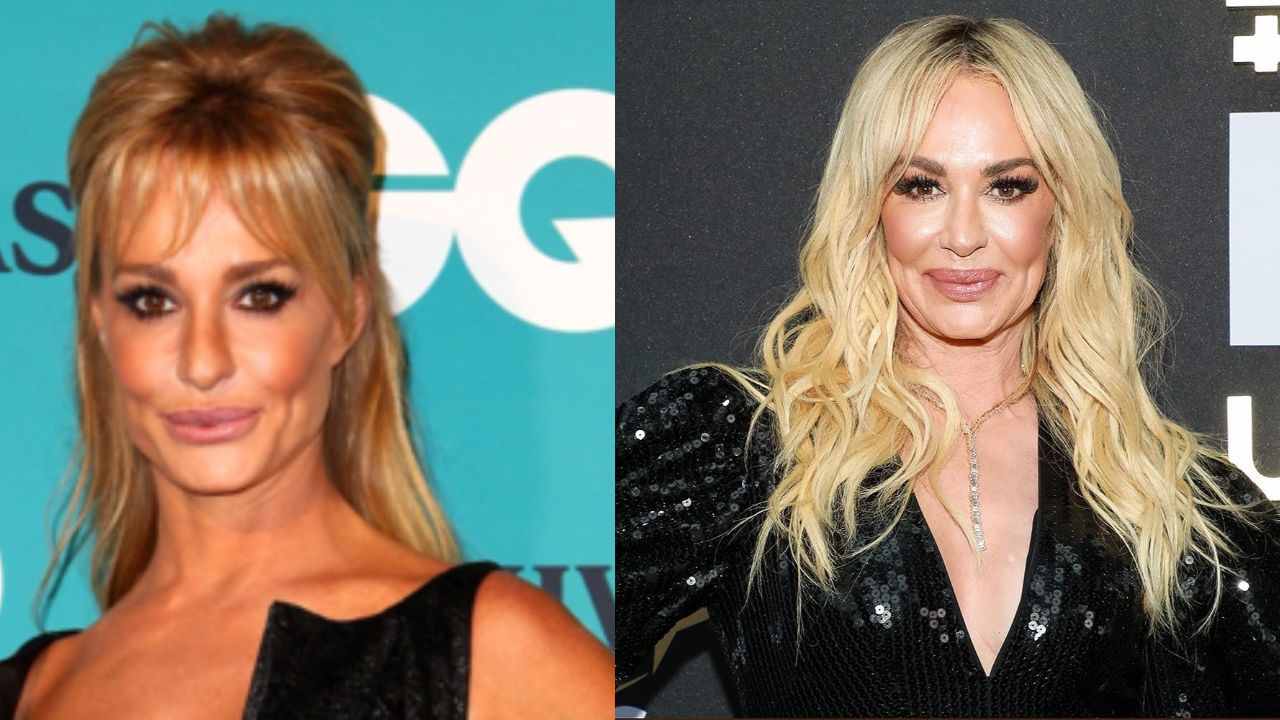 Taylor Armstrong has always been candid about having plastic surgery procedures and has talked about getting Botox, dermal fillers, and lip implants. The former Real Housewives of Beverly Hills star also is alleged to have had reconstructive surgery on her face following the physical assault from her husband though she has not talked much about it. Taylor Armstrong, according to some experts, has had other plastic surgery procedures including a brow lift and an upper eyelid blepharoplasty.

Taylor Armstrong is an American television personality who is most recognized for her appearance on the Bravo reality television series The Real Housewives of Beverly Hills as one of the main cast members from 2010 to 2013. She left the show after that and only made guest appearances between 2013 and 2016.

The reality star had a very tumultuous time around the time she was filming for The Real Housewives of Beverly Hills which is why she had to leave the show. She was alleged to have been verbally and physically assaulted by her then-husband (now dead) which landed her in hospital and because of which she had to get plastic surgery to fix her face. She also had other cosmetic procedures to look young. Let’s find out more about Taylor Armstrong’s plastic surgery!

Previously, we touched on the plastic surgery efforts of Lady Gaga and Jennifer Coolidge.

Taylor Armstrong’s Plastic Surgery: The Reality Star Has Been Open About Having Botox, Fillers, and Lip Implants; She Also Had Reconstructive Surgery!

Taylor Armstrong (@officialtaylorarmstrong) has always been candid about her plastic surgery procedures. In fact, she has made the cosmetic treatments she had her storyline/sequence on The Real Housewives of Beverly Hills. She has talked about having lip implants when she was in her 20s and regretting it. She was shown visiting a plastic surgeon’s office to get Botox and fillers. People believe she had breast implants during one of her visits. She was also reported to have been forced to get reconstructive surgery on her face to fix it after she was beaten by her ex-husband Russell Armstrong who is dead now.

In 2011, there were reports that Taylor Armstrong had to undergo reconstructive surgery on her face after she was physically assaulted and brutally beaten up by her estranged husband Russell just two months before he committed suicide. She was even spotted with a cut above her left eye days after Russell’s suicide. But the friends close to the star denied the abuse allegations and plastic surgery story and said that Taylor had injured herself while playing football.

However, RadarOnline reported that she was rushed to hospital in June following a violent fight with Russell and an unnamed source even disclosed that the damage to her face was so extensive that she spent days in the hospital and had to have a plastic surgeon give her reconstructive surgery to repair what Russell did to her. The insider claimed that she wore heavy make-up to cover the extent of her injury in addition to having plastic surgery. The producers of the Bravo show had to film around her for a while.

Taylor Armstrong had claimed, not too long ago, that Russell had verbally and physically abused her during their six-year marriage. She even made the revelations to People that she and her estranged husband often had ‘explosive arguments’ in which he would ‘curse and call her names’ and which ‘escalated into physical violence, which included grabbing her, throwing objects, shoving her and pulling her hair.’

Besides being forced to have reconstructive surgery to cover up the bruises and cuts on her face inflicted by her dead ex-husband, Taylor Armstrong had chosen to get other plastic surgery procedures such as Botox, fillers, and lip implants for cosmetic purposes.

The Real Housewives of Beverly Hills star was alleged to have had plastic surgery as she was obsessed with looking younger. And in a bid to retain her youth, she chose to get Botox injected into her cheeks, forehead, and around her eyes. Her visiting the plastic surgeon’s office to make changes to her temple, which she felt was hollow, was also filmed for the reality show. She has also talked about getting Botox and dermal fillers to maintain her lips and cheeks. Her whole face looks completely different as a result. However, she has denied getting fillers injected into her cheeks and has maintained that her cheekbones and nose are her own as given by nature.

Taylor Armstrong has also talked openly about having plastic surgery on her lips – her infamous cotton candy lips that have always been her signature. She got lip implants in her early 20s in a very painful procedure which she immediately regretted afterward. Her full pout was once called ‘pillow lips’ by Bravo host Andy Cohen. That lip implant, she told to an insider, was a mistake that was here to stay as reversing them could be not favorable.

On The Real Housewives of Beverly Hills, when Taylor Armstrong spoke with former RHOBH star Paul Nassif about having the implants removed, he explained that there would be a lot of scar tissue, and warned her against getting that procedure.

Paul Nassif and I have talked about taking them out before, and he has warned me against it. Just because, there is probably so much scar tissue after all these years, that we really don’t know what that result could be like….[so] I’m going to keep them.

Taylor Armstrong also allegedly underwent a breast augmentation. Fans think that she had a full chest which looked too unproportionate in relation to her petite body which Redditors speculate is because the RHOBH star got breast implants. She had been spotted visiting a plastic surgeon’s office but she never confirmed having breast implants.

Taylor Armstrong, as per some plastic surgery experts, also had a brow lift and upper eyelid blepharoplasty.