Taylor Swift’s Plastic Surgery: Lorry Hill’s Analysis of the Singer’s Face and Body; Did She Have Breast Implants and Blepharoplasty? 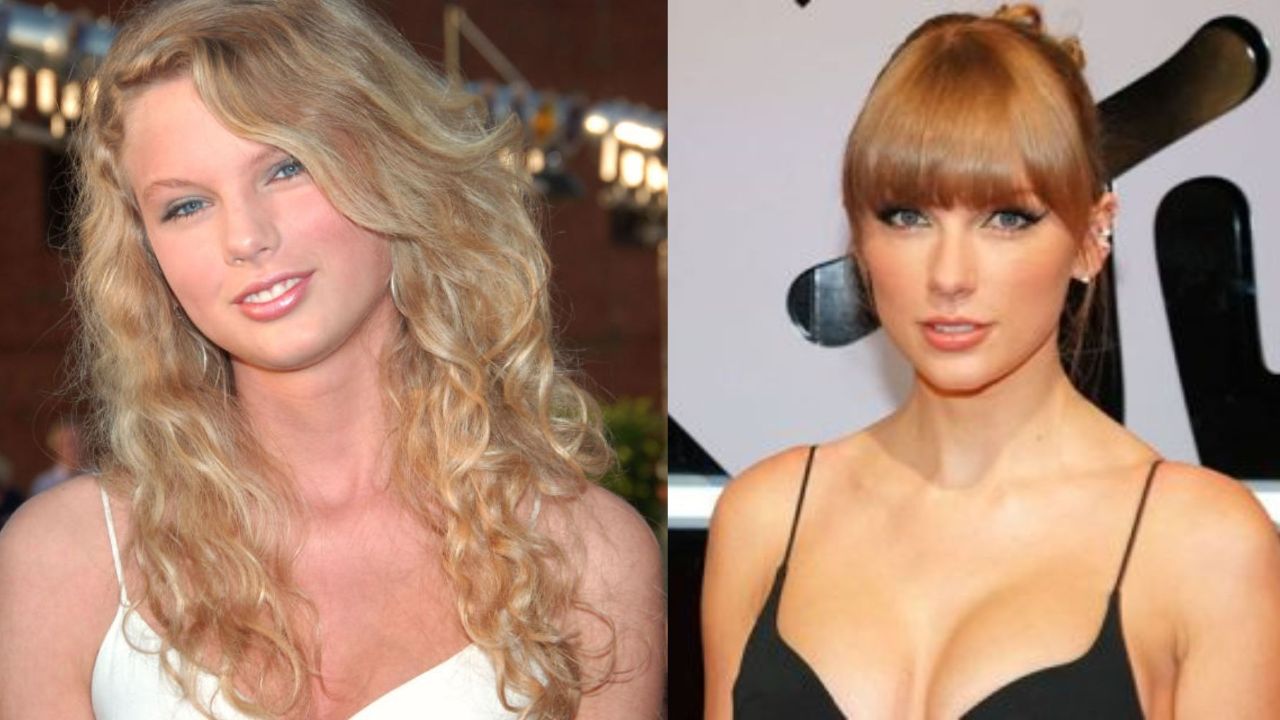 Taylor Swift‘s name is one name people have been hearing a lot these days since the release of her 10th studio album Midnights. Since October 21, she’s broken several records in streaming and in physical sales. She’s just dominated the music scene lately as she occupied the entire top 10 spots on Billboard Hot 100 charts. And she scooped up 4 different awards in the 2022 MTV Europe Music Awards.

With the amount of press the singer‘s been doing these days for the promotion of her latest album on top of her appearances at events like this one, she has lately been living in the spotlight which has sparked plastic surgery rumors about her. Fans now want to know the opinions of Lorry Hill about whether Swift has had blepharoplasty and breast implants or not. Check out Lorry Hill doing a face and body analysis of the singer and her opinions of Taylor Swift’s plastic surgery!

Previously, we touched on the plastic surgery efforts of Kristin Cavallari and Jordana Barnes.

The 32-year-old pop sensation recently made a surprise appearance at the awards in Dusseldorf to collect her haul of 4 awards including one for the Best Artist, the latest in a long line of accolades for the singer-songwriter. She was glowing in her bejeweled daring outfit as she received the award.

She surprised everyone in a black bodysuit-style David Koma dress fitted with a sheer, sparkling cage skirt studded with emerald-colored gems. But those jewels could not really be the highlight of the outfit when Taylor Swift went a bit risque with a plunging top that revealed a lot more skin than she usually does. Her revealing top has now sparked plastic surgery rumors as fans now suspect she’s got breast implants.

Fans seemed to have realized that Taylor Swift is likely not going to confirm or deny any plastic surgery rumors anytime soon. So, they want to hear the opinions of the favorite internet expert of cosmetic surgery Lorry Hill. Lorry Hill is an internet personality who has a Youtube channel that is dedicated to examining celebrity appearances and analyzing how much of it is natural and how much is plastic surgery.

Now, Taylor Swift may not talk about her plastic surgery ever but fans are willing to take the words or rather analysis of Lorry Hill. Though the Youtube star is not really a plastic surgeon but only has ‘unique access to the world of plastic surgeons through a private network of friends and associates who share their wisdom and knowledge with her’ as per her Youtube bio, she has built solid credibility among people with her videos with a detailed breakdown of the procedures and clear presentation of what plastic surgery several popular faces has had.

The content may be exclusive but it’s nothing new. This is not the first time the 11-times Grammy winner’s plastic surgery has come up. There have been speculations before and Lorry Hill seems to have confirmed those speculations of breast implants, blepharoplasty, and nose job. A lot of fans think she has had work done on her eyes, nose, and breasts, and Lorry Hill thinks the same.

There are several reports of Taylor Swift having undergone a rhinoplasty procedure to align her nose as well as make it thinner and more refined. It’s much more visible when you look at her photos of her before 2017 and compare them with photos taken after that. Before 2017, she sported a beautiful, normal-looking nose. In the after pictures, she has a much thinner nose with a much sleeker profile. Lorry Hill believes that the Blank Space hitmaker now has a typical fake, Hollywood nose.

Another plastic surgery Taylor Swift has had, according to Lorry Hill, is an upper blepharoplasty procedure, which is an eyelid surgery, and a brow lift. One of the most defining features of the Love Story crooner from when she was young was her heavily lidded eyes and her prominent brow ridge. She had very little lid space for eye makeup. But now, that’s no longer the case. Her eye area is much lifted now and she has much more wide open eyes, and her brows are much higher on her forehead. She must have had a blepharoplasty and a brow lift.

Besides blepharoplasty, it’s probably Taylor Swift’s breast implants that are the most obvious. Many believe it’s weight gain but Lorry Hill is not one of them. The Anti-Hero hitmaker sparked rumors of breast enlargement long before she gained weight in 2017.

It was very conspicuous in 2015 in her 1989 era when she was walking around sporting much bigger breasts on her slim frame. It can’t have been weight gain then. It must have been plastic surgery. Since then, she seemed to have taken those breast implants out and exchanged them for a smaller one that looks more proportionate with her body.

Many also think that Taylor Swift has had lip fillers. The You Need to Calm Down singer had asymmetrical lips and her top lip was noticeably thinner than her bottom lip when she was young. But later, her top lips became fuller and her lips became the same size, symmetrical. The plumpness is most likely due to lip injections with a dermal filler.