Teresa Giudice’s Plastic Surgery: The Real Housewives of New Jersey Star Has Opened Up About Nose Job and Boob Job; Look at the Before and After Pictures! 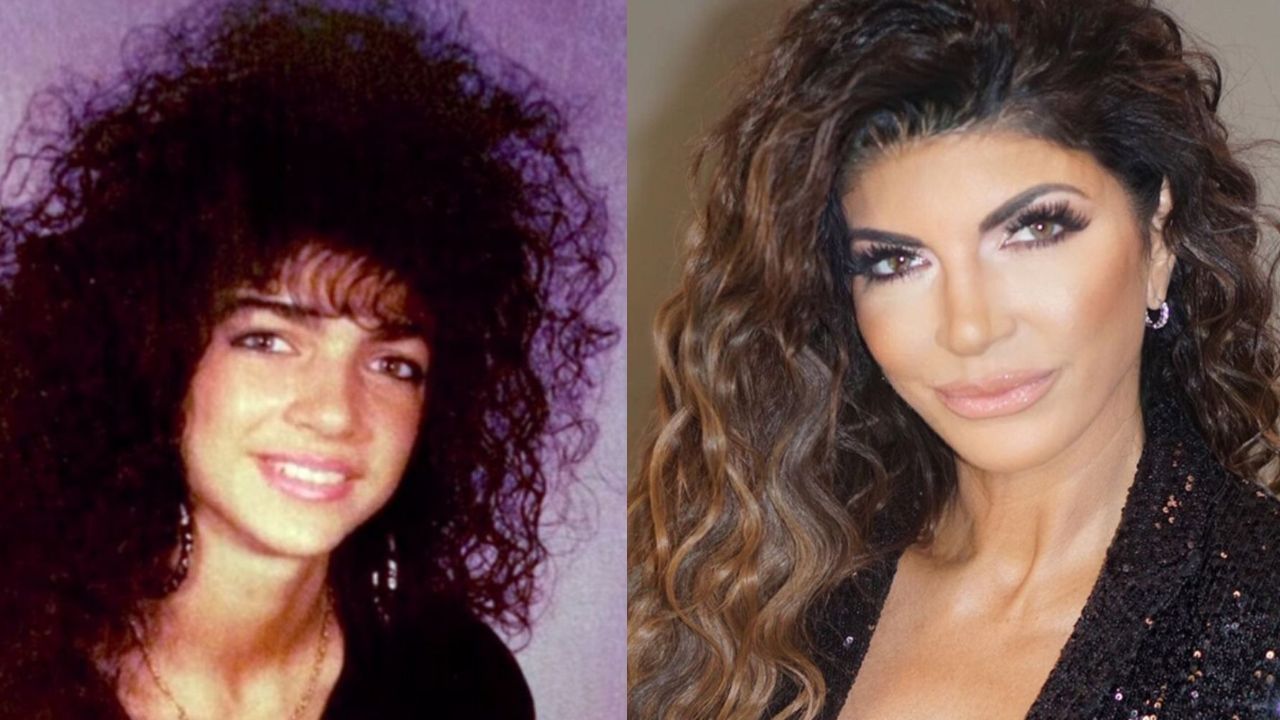 Teresa Giudice’s plastic surgery speculations and the criticisms she gets for going overboard with it are the least controversial things about her. The Real Housewives of New Jersey star has opened up about getting a nose job and breast augmentation. Teresa Giudice hasn’t admitted to the other plastic surgery procedures she’s had but people believe she has had Botox, facial fillers, and lip fillers as well.

Teresa Giudice is an American television personality who is best known for starring in The Real Housewives of New Jersey. She was also featured on Donald Trump‘s The Celebrity Apprentice 5 in 2012.  Besides the reality shows she does, she also writes and has authored multiple New York Times bestseller cookbooks.

The reality star is noted for her extravagant lifestyle and highly publicized financial and legal troubles leading up to her prison sentence. She served 11 months of a 15-month sentence for fraud and was released in December 2015. She is a very controversial figure and one of the things less controversial about her are the criticisms she’s faced for plastic surgery. Read for more details about Teresa Giudice’s plastic surgery!

Previously, we touched on the plastic surgery efforts of Dana Perino and Gloria Trevi.

Teresa Giudice’s Plastic Surgery: The Reality Star Has Had Massive Transformation; She Has Faced Criticism For Getting Too Much Botox and Fillers!

Teresa Giudice (@teresagiudice) is reported to have undergone multiple plastic surgery procedures such as Botox, facial fillers, lip fillers, nose job, and breast augmentation, the latter two of which she has publicly opened up about.

Though Teresa Giudice might not have admitted to any of the plastic surgery she’s had other than the nose job and breast augmentation, it’s not hard to tell that she has gone under the knife for other parts as well because she has not bothered being subtle about the works she’s done. The works she’s done are way too obvious that fans do not just speculate and suspect but they also slate her for going overboard with all the cosmetic surgery.

In April 2021, Teresa Giudice shared a close-up photo of her face on Instagram to make an announcement that she was working on a new secret jewelry project. Her pictures were met with backlash on the comments section for having too much plastic surgery and Botox and fillers. She was also slammed for her ‘platypus lips’. The majority of the comments were about her having gone overboard with everything.

A person commented that her lips looked like a clown and she was ruining her beauty while another urged her to stop with the fillers because she was looking too different and fake. Someone remarked that she was losing her natural beauty because of all the plastic surgery and that she needed to stop destroying her looks. One even suggested that she opt for a natural look as she looked much better with less makeup and less cosmetic surgery.

There were other comments which praised her natural beauty and said that Teresa Giudice didn’t need all the filler and Botox because she was naturally beautiful so she needed to stop because her looks were changing and she didn’t look real.

Just a few months later, in November, despite all the backlash she’s received about having too much plastic surgery, Teresa Giudice revealed that she underwent a nose job in February. The reality star opened up about the procedure at the New Jersey Ultimate Women’s Expo at the NJ Convention & Expo Center earlier this month, where she explained that she got the tip of her nose tweaked.

The Real Housewives of New Jersey star said that she felt much better after getting that nose job because she had always thought that she had a ‘tomato nose‘ and that the top of her nose was too ’round.’ She shared that she was so nervous about getting plastic surgery on her nose but got assurance from her fiancé Luis ‘Louie’ Ruela which made her go through with it.

A year before that, in January 2020, Teresa Giudice opened up about having a second breast augmentation and penned a lengthy post on Instagram about plastic surgery. She shared a picture of herself with her plastic surgeon Dr. Aviva Preminger and wrote that she believed that it was important to always stand strong and feel like their best most confident self so she decided to have her breasts re-done 10 years after her first breast augmentation. She also gushed over her plastic surgeon and noted that she could not be happier with the results.

Teresa Giudice wrote that she was very nervous to redo her breasts but felt it was necessary for her to feel like her best self so she encouraged anyone who didn’t feel their best self to work on feeling better even if it was the smallest thing every day. She had gotten her first breast augmentation in 2008 while she was filming her first season of The Real Housewives of New Jersey.

Dr. Pam Agullo, in an interview with The Blast, weighed in his opinions about what plastic surgery Teresa Giudice might have gotten to achieve the look she had. Besides the nose job and breast augmentation that she herself revealed, he thought that she had a full face rejuvenation with neurotoxin and fillers under her eyes, cheekbones, and marionette lines which gave her an overall refreshed and rejuvenated look.

Wilmer Valderrama’s Wife: Is The That ’70s Show Star Married? Who is Amanda Pacheco? Read More