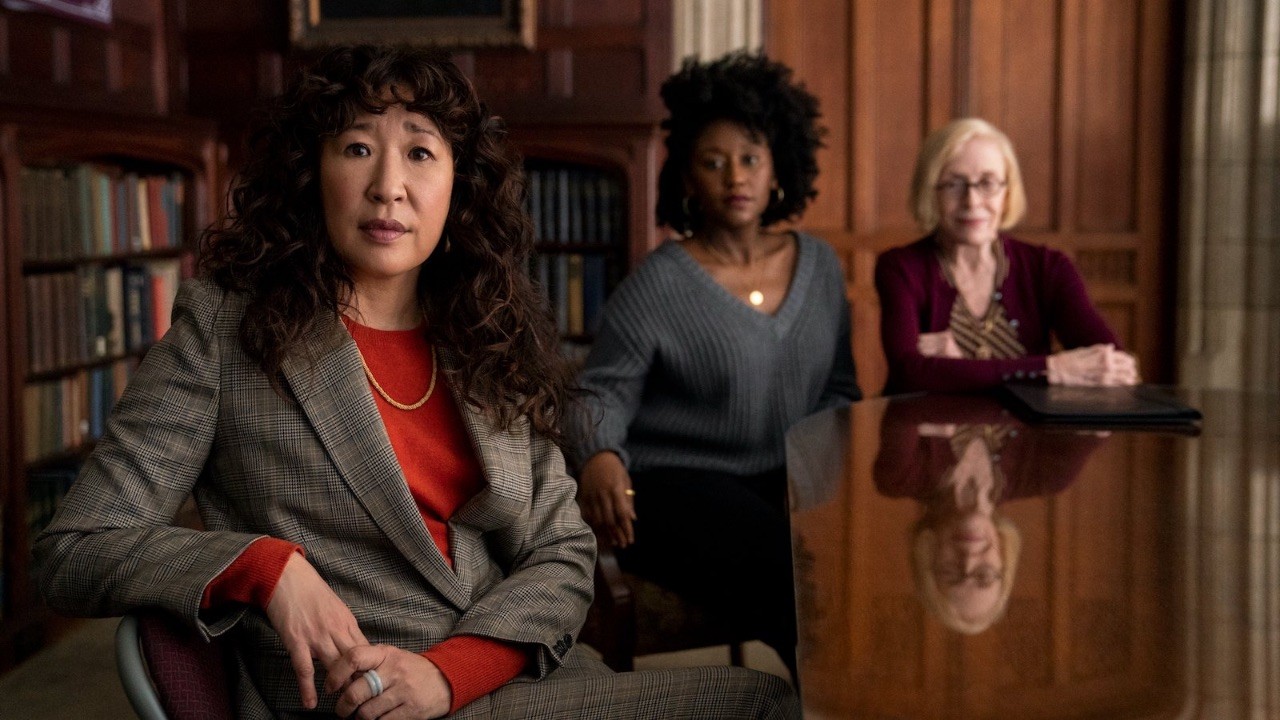 Get all the details on The Chair filming locations. The Sandra Oh starrer Netflix comedy series was filmed in Pittsburgh and surrounding areas!

In 2019 right as DB Weiss and David Benioff were preparing for the final season of Game of Thrones, they signed a nine-figure deal with Netflix to exclusively produce original content for them. Two years later, the first of their executive produced shows is seeing the light of day. Created by Benioff’s wife, Amanda Peet, The Chair is a comedy show coming to the streaming platform.

The show is based on Amanda Peet’s script with her co-star from HBO show Jay Duplass starring in the show. But headlining The Chair, much to everyone’s excitement, is Sandra Oh who was looking to get into a comedy production after the dark adventures in global phenomenon Killing Eve. Sandra plays Ji-Yoon Kim, a professor who is promoted to the chair of English department in a prestigious university.

While university comedy barely works on TV or movies, with a stellar cast, The Chair has the potential to strike a cord with the viewers. And it appears the show is doing exactly that as it has been well reviewed by national publications as well as Netflix subscribers. So, as you watch the New England based show, here are all The Chair filming locations you are seeing in the comedy show.

The Chair Filming Locations – Pittsburgh and Other Places in Pennsylvania 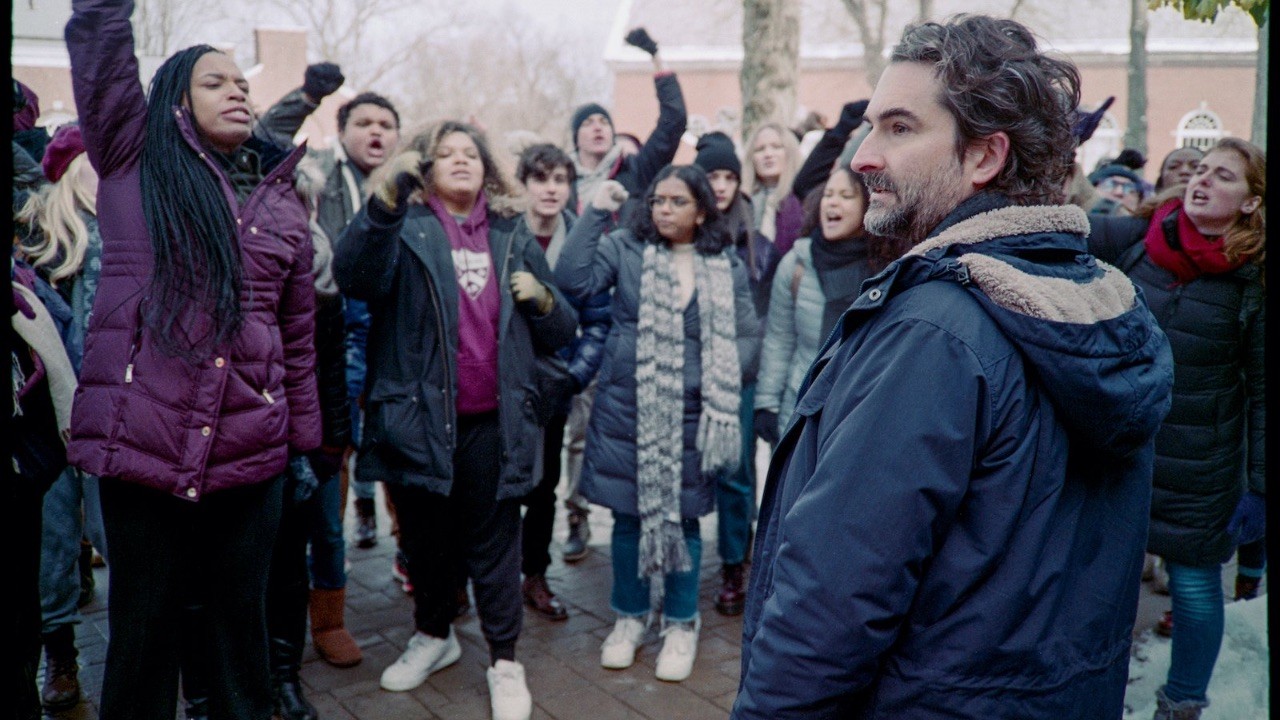 All The Chair filming locations are located within Pennsylvania, primarily around Pittsburgh.
Image Source: Twitter

Sandra Oh has been on a roll of late, from her Killing Eve fame the actress has shot to international name recognition. Sandra showed she can hold a show on her own and her years of credit and work experience backed what people only recently realized about the talented former Grey’s Anatomy star. So, Amanda Peet went to great lengths just so she can land a meeting with the actress and get her to play Ji-Yoon Kim in The Chair.

After Sandra was convinced, she as well as her co-star Jay Duplass were moved to Pittsburgh, Pennsylvania which doubled as The Chair filming locations. Most of the filming was done in the state of Pennsylvania. The camera started rolling on the comedy series on 29 January 2021. The show was filmed during the pandemic as the cast and crew observed all the precautions to make sure the work was done on time.

The Chair centers on a character who takes over as the chair of a university’s English department. Since the show is focused on some academic side, the crew needed location to film the scenes. Most of university scenes were shot in one of The Chair filming locations, Chatham University. In the said university, the cast and crew worked for a month with real students of the education institution working as extras in the show.

For more university scenes, Washington & Jefferson College was used as one of The Chair filming locations. The college located in Washington, Pennsylvania was used for a short period of time. Beyond educational institutions the residence of the characters and some extra scenes were shot in Lawrenceville neighborhood. Beaver Street in Sewickley and Pittsburgh International Airport’s parking lot also acted as The Chair filming locations.

For those wondering if Pembroke University in the Netflix show is real? Well, the university is not real while the place where it is filmed is the Chatham University. The Chair filming locations were cobbled together to give Pembroke its realistic look. You cannot enroll in the institution while that is not the case for the latter organization.

Those are not the only places where the show was filmed. During the two month shooting period, the cast and crew showed off some Pennsylvania landmarks that natives might be able to place. Filming for the show came to an end on 28 March 2021 as The Chair headed into post production and after 5 months of tinkering we are finally getting to see the show on Netflix.

What is The Chair on Netflix About?

The Sandra Oh starrer comedy follows Ji-Yoon Kim as she is hired as the first ever person of color to chair a department in he reputed Pembroke University. While her appointment was a last ditch effort by the university to wade off bad press following the dismissal of the last chair, Ji-Yoon is still determined to leave her own mark on a failing department.

According to Netflix’s official synopsis, “At a major university, the first woman of color to become chair tries to meet the dizzying demands and high expectations of a failing English department.” The demands of her new job as well as the circumstance of her new appointment result in a little learning period for all, causing some hilarious moments.