The Edge of Seventeen Filming Locations – 2021 Revisit of Places Used in the Portland Based Drama! 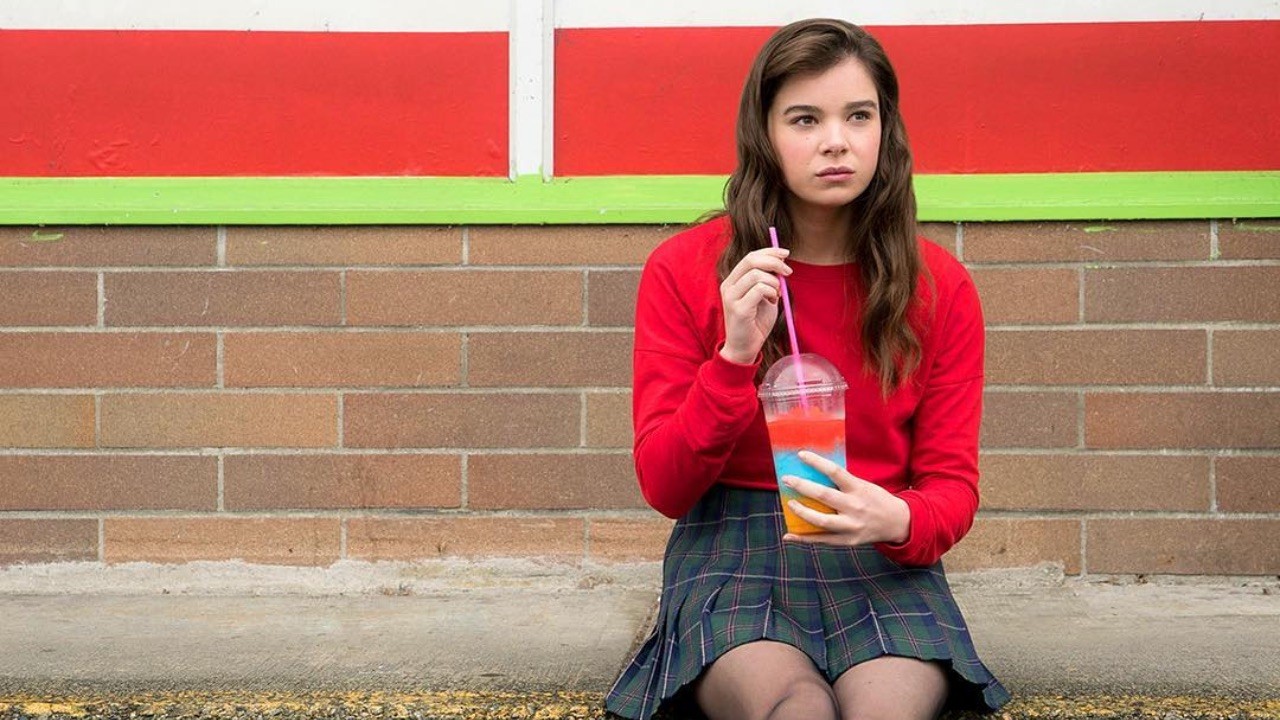 The Edge of Seventeen is a coming of age drama in the same vein as some of John Hughes’ classics. While revisionist history may cast a dark shadow on some of those movies, but there are clear signs this Hailee Steinfeld led drama took some inspirations. And with the critically acclaimed drama coming to Netflix US in August 2021, we wanted to revisit The Edge of Seventeen filming locations, and no, the film was not shot in Portland.

The STX Entertainment movie was released on 18 November 2016, worldwide and garnered critical acclaim as well as audience love as the film doubled its budget of $9 million at the box office. Though not a massive success, The Edge of Seventeen has gone on to enjoy cult following among fans and a lot of VOD success. And though the film has been available on Netflix, in other parts of the world, it is finally coming to the US streamer.

Directed and written Kelly Fremon Craig, renowned producer James L. Brooks gave the speck script the legs needed to turn it into a film. After the script was picked up by STX, hiring process began with the casting of Hailee Steinfeld in the lead role. The film itself was set in Portland, Oregon but The Edge of Seventeen filming locations were a little North. 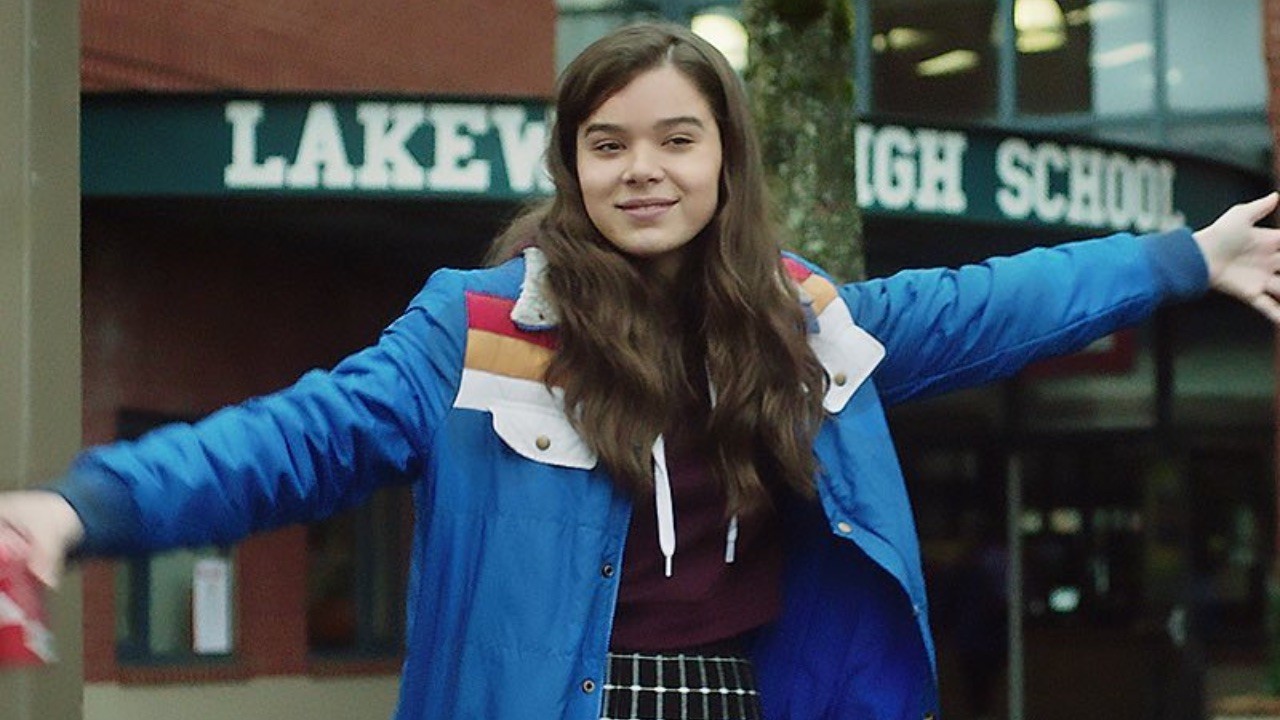 The Edge of Seventeen filming locations were in Vancouver, Canada and surrounding areas. The film is coming to Netflix US on 1 August 2021.
Source: Netflix

The Edge of Seventeen began filming on 21 October 2015, Hailee Steinfeld announced on her Twitter page that she spent the better part of he first day of shoot, in the fish section of a pet shop. The shop itself was located in Port Coquitlam, British Columbia, about 27 miles away from Vancouver. The Petland pet shop closed for the day as the cast and the crew settled in to get the first day of their work done.

After the first day of their shoot, the team moved back to Vancouver where they filmed in Richmond, known for its Asian influence and where Vancouver International Airport is located. In the area the filming crew set up in a design firm, located in East Richmond. Additional shots were taken at Crestwood Corporate Centre and Steveston Village, all of which are standing in for Portland.

The teenage drama is all about being 16 and living the outcast high school life. The majority of the film is shot in school and while most Hollywood productions use exterior shots of a school while majority of the scenes are filmed on stage. That was not the case here as a real school doubled as the fictional Lakewood High School and became one of the major The Edge of Seventeen filming locations, while the team was in Canada.

The name of the school is Guildford Park Senior Secondary School and it is located in North Surrey, British Columbia. Some of the real students of the school were used for background shots and the majority of Woody Harrelson and Hailee Steinfeld were shot there in the school grounds. While in Surrey, the crew also shot on the A&W 15988 Fraser Highway.

One of big scenes in the movie is in a theatre, no spoiler but it is at the end of the film. As with most of the movie, the theatre itself is a real place. Located in the Port Moody Civic Centre in Port Moody, British Columbia, the name of the theater is The Inlet Theatre, but the name in the movie is not given. Outside of Canada, some of the inserts were also filmed in Anaheim, California right before the filming ended on 3 December 2015.

What is Netflix USA’s New Addition The Edge of Seventeen About?

The Edge of Tomorrow is a teen movie and it follows, “Nadine, a high school junior who is already at peak awkwardness when her all-star older brother Darian starts dating her best friend Krista. All at once, Nadine feels more alone than ever, until the unexpected friendship of a thoughtful boy gives her a glimmer of hope that things just might not be so terrible after all.”

Hailee Steinfeld plays Nadine, a girl who reached puberty late and into her high school days she already feels out of place. But she still has her childhood friend, a popular girl who prefers to hang out with her and be her transition guide. Well, that does not last for long as Nadine’s brother, someone she hates, starts dating her friend and her teenage life goes into free-fall.

While all of these may sound like teenage romance movie tropes, the execution itself elevated he movie beyond its initial teen rom-com block. Critical acclaim and award considerations abound, the filmed legged its way to $18 million at the box office with Hailee and first time director Kelly garnering most of the praise. Even 5 years later, the film is still talked about one of the best of the 2010s in teenage drama segment.

The Edge of Seventeen is coming to Netflix US on 1 August 2021. The cast is led by Hailee Steinfeld as Nadine, Woody Harrelson as Max Bruner, Haley Lu Richardson as Krista, Blake Jenner as Darian Franklin, Hayden Szeto as Erwin Kim, Kyra Sedgwick as Mona Franklin, Eric Keenleyside as Tom Franklin, and Alexander Calvert as Nick Mossman.