The Ice Road Filming Locations – All the Place the Netflix Movie was Filmed in 2020! 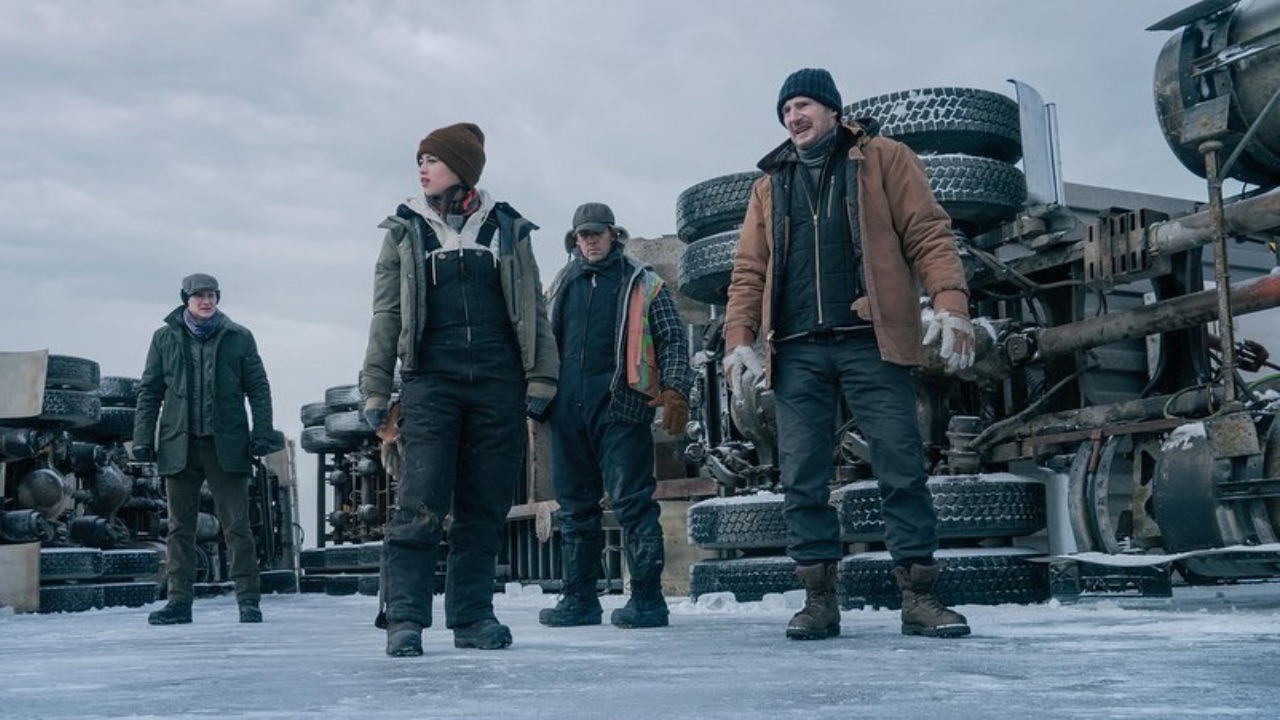 The Ice Road filming locations were in Canada. There are some real location used by the production to get some realistic shots for the action thriller coming to Netflix US.

Liam Neeson going against time, to prevent a disaster, is a pitch that has been perfected in the 2010s. From the Irish actor battling gangs in France to save his daughter or playing a cat and mouse game inside an aluminum tube at 30,000 feet, the formula is tried, tested, and lucrative. The Ice Road is a new action movie starring the actor and following similar tropes of his other action movies of the 2010s.

The Ice Road is set in Canada and the movie itself was shot in the maple leaf country. Multiple real locations mixed with stage work combined together to give a final look to the film. Filming on the action thriller began in February 2020 and concluded before pandemic had time to affect the production, as much as it did to other movies and TV shows at the time.

According to synopsis released to the media, The Ice Road follows Goldenrod and Mike, played by Laurence Fishburne and Liam Neeson respectively, as they race against time to read a collapsed diamond mine in Canada to rescue the miners trapped inside. The name for the film comes from Mike having to drive on ice roads while they begin to thaw, in order to help the miners. 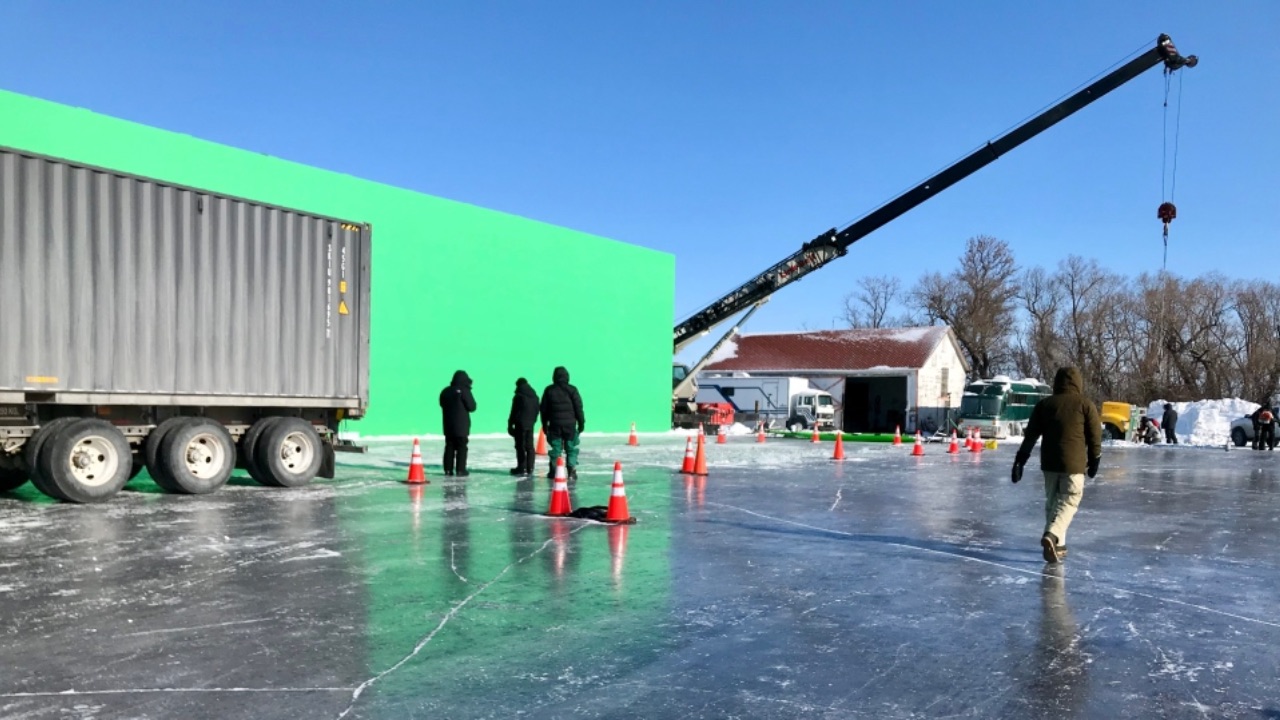 The Ice Road filming locations are in Canada. This set was created in Winnipeg.
Image Source: CTV

Canada is a beautiful country with huge mountains, lakes and forests that look something out of a painting. And the further North you go, he colder it gets, that is why The Ice Road started its production in Winnipeg. Liam Neeson arrived in the country on 31 January 2020 and in February filming was off and rolling, taking in the cold of Winnipeg.

Instead of doing the whole movie on stage and creating special effects to show a treacherous environment, the production opted to shoot on location and according to some of the stars of the movie, temperature at the shooting location were below 40 degrees. While the set designers worked hard to create ice roads it appears mother nature provided some backup to he filming team.

After scenes in Winnipeg were somewhat done, the team moved on to Ile des Chênes, Manitoba where large green screen walls were erected to film the movie. CTV reported that the production team put down water on the road and even painted the floor to make it all appear as ice road. The special effect rigging was later left behind as the cast and crew went to Lake Winnipeg near Gimli.

The production created a real ice road on top of the frozen lake and shooting took place on top of the lake in February. The Ice Road filming locations were varied but one thing they all had in common, well, they were extremely cold. “I know that Liam Neeson and Laurence Fishburne all thought, and all of us thought it was really otherworldly being out on the ice,” producer Al Corley said.

The Ice Road filming locations also brought out some fans who wanted to get a glimpse of the Taken actor. One such fan was 9-year-old Bentley Anderson who traveled more than 80 miles with her mother to arrive in Gimli, just in time to meet Liam. After the mother daughter duo was noticed, the producers of the film gave them a tour of the filming location and let them watch filming a few scenes.

After a few minutes they got to meet Liam, who, as per the ladies, was extremely friendly. He even mentioned that his best friend’s name was also Bentley. The three of them talked for a little time and according to CBC News, the ladies were still floating after the meet and greet.

During the shooting time, actress Amber Midthunder, who plays Cody in the movie, shared that The Ice Road filming locations were below 40 degree in temperature. She showed off large jackets and how they were protecting themselves against the climate. While Benjamin Walker shared a video, from the set, of his who body steaming as heat escaped his body in the cold temperature.

The Ice Road on Netflix – What is the Movie About?

The filming on the film concluded in March 2020, but post production took a lot of time, owing to the COVID pandemic. After the film was concluded, the promo for the film was shared at the virtual EFM where Netflix came in hard for the Liam Neeson starrer. The streaming giant paid $18 million to be the sole distributor of the film in the US.

In The Ice Road, a mine in North Canada caves in, sealing in the miners and no help anywhere near. Trucker Mike decides to go and help, with the aid of his boss, a 18 wheeler truck and some rescue materials to help the stuck miners. But as the ice starts to thaw, the driver is going against time as well as previously unseen threat, that slowly reveals itself.

The film has been described as a fast moving action thriller. And The Ice Road filming locations should also be another pull for the fans beyond the synopsis and trailer. Liam Neeson can carry action movies, but realistic locations and care in production seems to have what swayed the Netflix buyers to shell out record price for the film.

The Ice Road will be released on 25 June 2021 in the United States, only on Netflix.