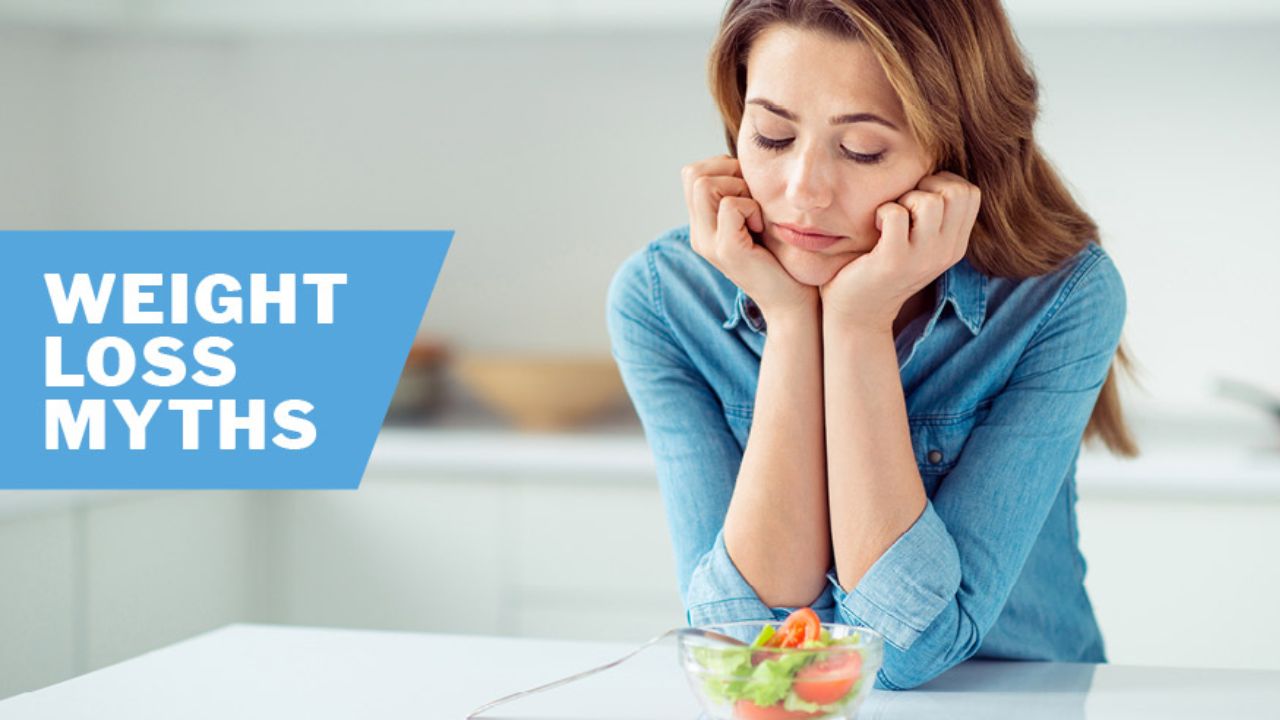 As the world is moving forward with its revolutionizing discoveries and research, there still are quite a lot of weight loss myths even doctors believe. Here are some of the common myths and facts about weight loss some of which you may actually be believing!

Even under the best of conditions, losing weight is difficult, but it may be more challenging when you are bombarded with “do this” and “do that” suggestions. It can be challenging to distinguish facts from myths while researching online or speaking with friends, particularly because weight loss depends so much on personal requirements and objectives.

Despite all the progress in research, still, among the doctors, there are persistent weight loss myths that keep hovering around. While there might be some ounce of truth in the myths as there still are quite a lot of unknown facts about weight loss to be unraveled, dubiousness still surrounds the topic.

Weight Loss Myths Even Doctors Believe: Which of These Myths Do You as Well Believe?

There are quite a number of myths about weight loss that have been around for some time. As desperate times call for desperate measures, weight loss can too be counted in those anguished needs. This ultimately makes one want to believe in the myths rather than facts. Here are 5 common weight loss myths that are believed not just by us but also the doctors:

Weight Loss Is a Slow Game

There’s a myth lingering around for a while that says that slow weight loss is comparatively more effective. The very low-calorie diets that were popular decades ago, which were deficient in essential nutrients, are likely the source of this myth. While it’s still important to ensure you’re getting all the nutrients your body requires, the truth is that rapid weight loss can be just as beneficial as slower weight loss, if not more so.

According to some research, quick weight loss is just as successful long-term as delayed weight loss (1-2 pounds per week). Following a longer follow-up period, both groups had dropped roughly the same amounts of weight. According to additional research, people who dropped weight more quickly also had greater long-term retention rates. Yet, some doctors believe that slower methods are more effective.

The Fats Make You Fat!

This myth may have originated because fat has more calories per gram than carbs and protein, according to Jessica Cording, M.S., R.D., author of The Little Book of Game-Changers, which talks about anxiety and stress eating. In actuality fat really makes you feel fuller for longer. The dietician and health coach claimed fat consumption can actually help weight loss and weight maintenance when it occurs in the context of a balanced meal or snack that is adequate for your caloric needs. This contains wholesome, unsaturated fats like those found in almonds, avocado, and olive oil.

In contrast to it, many doctors still recommend cutting oils and fats to ensure “proper” weight loss. So, the unknown facts about the fats adding life to food and accelerating weight loss remain encouraging the myth.

You Can Lose Weight by Having Sex Since It Burns Calories

Sex being a calorie burner is something that’s been heard of for quite a while. Though the truth behind it remains clouded, many experts still believe that sex can actually be used to lose weight.

Promoting sex’s ability to burn calories is entertaining. Unfortunately, even while it could be enjoyable, it’s a subpar method of losing weight.

The fundamental problem in this is that physical activity is not truly the key to weight loss, despite how entertaining it is to use sex to illustrate the point. 80% to 90% of one’s weight loss is a result of what a person consumes and doesn’t eat. So, sex as a method of losing weight still remains a myth among the crowd.

Carbs Are the Enemy

Cutting off carbs is another common suggestion that comes from most doctors. While some experts think that it’s a fact, many still believe that carbs as the enemy is a myth.

Carbohydrates play a crucial role in a balanced diet, just like fat does. When consumed in moderation, they both regulate the digestive system and serve as the body’s primary source of energy.

It’s significant to remember that there are simple and complicated carbohydrates. Many diet experts say that consuming too many simple carbs, which include processed meals, can cause weight gain and cause your blood sugar to rise. Contrarily, complex carbohydrates, which can actually assist control blood sugar levels, are present in nutrient-rich foods such as whole-grain bread, beans, and other legumes, oats, and some vegetables.

Some doctors believe that not all carbohydrates are terrible, but you do need to be aware of how much is right for you and how good they are, the rest still believe that carbs need to be cut off. The myth of carbs still remains among the doctors and the people.

Supplements Are the Magic Key to Weight Loss

The use of supplements to lose weight has been all over the market and the internet. Despite the claims that specific supplements would aid in weight loss, there is no evidence that these products regularly work or help people keep the weight off.

While many experts believe that because supplements aren’t governed by the Food and Drug Administration (FDA), you can’t always be certain that you’re taking what the label claims and it would actually help you lose weight, the rest still suggest the use of supplements.

The weight loss supplements however are different from the weight loss medicine prescribed by the doctor under various circumstances.

Thus these are some of the common weight loss myths which are supported by the majority of the doctors as well. The unraveling of the truth behind these myths still remains.