Did Tom Cruise Get Plastic Surgery? The ‘Top Gun: Maverick’ Star Told He Hasn’t and Never Would! 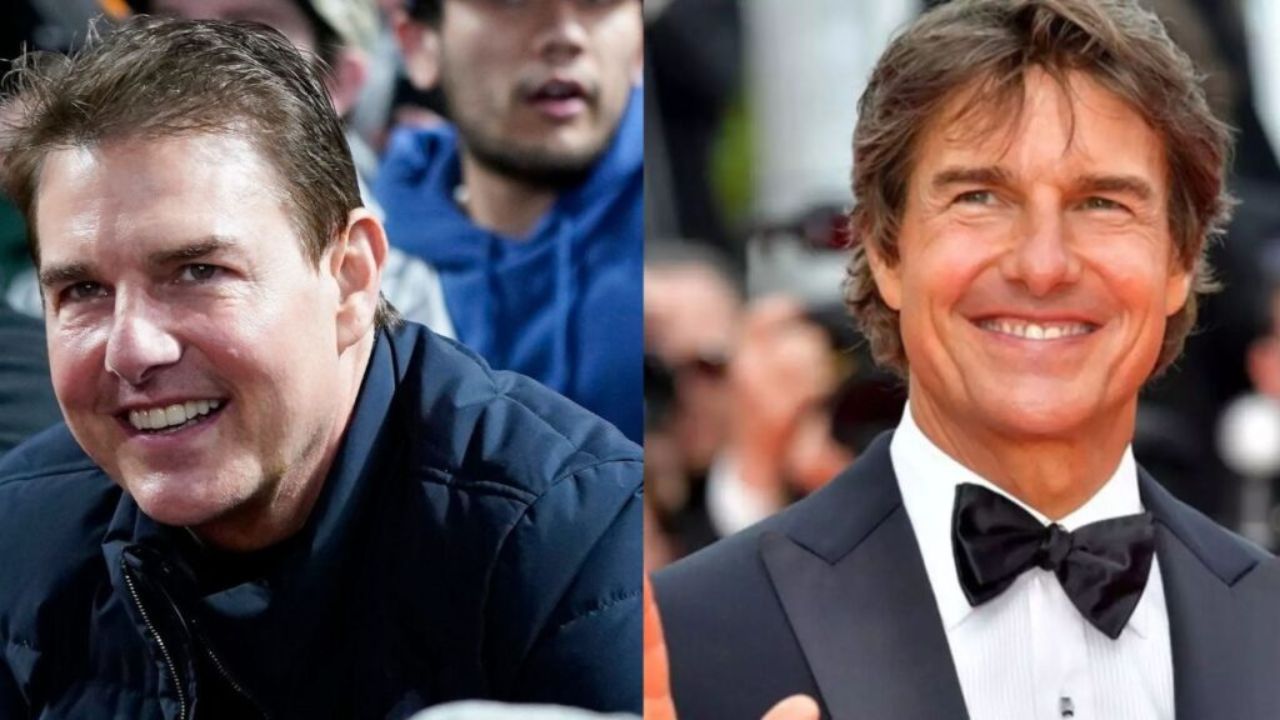 Tom Cruise’s plastic surgery quickly took over the discussion of his latest movie Top Gun: Maverick following his recent public appearances. Once when The Top Gun star was asked if he had cosmetic surgery, he said that he hasn’t and never would. But people believe otherwise and so do plastic surgery experts who think that Tom Cruise has had fillers, Botox, laser treatment, hair transplant, and skin tightening treatments.

Tom Cruise is an American actor and producer. He is very easily one of the biggest names in Hollywood. And he also happens to be one of the world’s highest-paid actors. Not to forget that he’s also one of the highest-grossing box office stars of all time. His movies have grossed over $4 billion in North America and over $10.1 billion worldwide (collections of Top Gun: Maverick which gave him his first $100 million opening weekend not included).

The Hollywood icon has also received various accolades, including an Honorary Palme d’Or and three Golden Globe Awards, in addition to nominations for three Academy Awards and a British Academy Film Award.

With his public appearance becoming more frequent for the promotional activities of his movie Top Gun: Maverick, people are getting to see more of him, and seeing more of him has led to rumors of him having plastic surgery.

Previously, we touched on the plastic surgery efforts of Winona Ryder and Kellyanne Conway.

Tom Cruise’s Plastic Surgery: The Top Gun Actor Has Fillers, Botox, and More According to The Experts!

Tom Cruise is currently riding high on the publicity of his new movie Top Gun: Maverick which is the sequel to the 1986 movie Top Gun. It’s no wonder that the sequel to the iconic action film is special to Tom, which is why he has been pulling out all the stops to promote the movie. Some of those promotional activities might even have been distasteful to some. Of course, when I say that, I am thinking of the recent event in the UK for Queen’s Platinum Jubilee where Tom Cruise made the most random appearance.

Not just made a random appearance but also, in an event organized to celebrate and mark the Queen’s 70 years on the throne, promoted his Hollywood movie, which the British didn’t take well. They spared no time and quickly hopped on Twitter to criticize him for stealing the Queen’s spotlight. While Brits couldn’t get over how he stole their Queen’s thunder, Americans got preoccupied with how good he looked. He also walked the red carpet at Cannes Film Festival a few days later which got him more attention. He’s turning 60 in July and he looked so young and fresh and nice which begets the question, ‘did Tom Cruise get plastic surgery?’

Fans were pleasantly surprised to see ‘Tom Cruise finally look like Tom Cruise again.’ Apparently, they have not forgotten how he appeared too full-faced at the end of 2021 in a baseball game. He was snapped at the LA Dodgers match of the National League Division Series in October last year where he looked completely unrecognizable. His face looked too swollen for people to not comment and not suspect plastic surgery.

Dawn Attewell, Registered Aesthetics Nurse told that the puffy face was a result of excessive filler and post-procedure swelling but he now looks fresher thanks to a hair transplant and skin tightening treatments. Amar Suchde, founder of AMS Aesthetics thought that his glowing complexion could be due to laser treatment.

Anyway, at the game, Tom Cruise sparked the rumors of fillers. Some people countered it by saying that it might just be a weight gain but weight gain just on the face? Many people didn’t think so because it looked not good and he couldn’t be fit in his body and not on his face. There were definitely some harsh comments like ‘Tom Cruise didn’t age, he got some awful work done on his face that bloated him like a frog’ in the mix which should not have been but overall, all people agreed that he definitely had plastic surgery most likely fillers on his face.

However, that’s not what Tom Cruise once said. This is not the first time that Tom has been speculated to have had plastic surgery. Back in 2012 as well, when it came to him, discussions about him having plastic surgery, especially a nose job were all the rage. Because he never admitted to it, it faded a little but got reignited in 2016 following his appearance at the BAFTA Awards. He then had debuted a complexion that Twitter described as ‘stretched,’ ‘exfoliated,’ and ‘pinched.’

Just shortly before, The Hollywood Reporter reported that he had meetings with the renowned plastic surgeon Ivo Pitanguy while in Brazil in 2011 and it was not the first time. He had even invited the doctor to the premiere of Knight and Day in Rio. This does not necessarily mean that he had plastic surgery but this does not negate it either.

Anyway, in 2016, people were commenting that Tom Cruise had bought himself a new face with Botox and fillers. He had never confirmed anything of the sort but maybe they could tell because ‘his face was like when you pump up your bike tires and you unintentionally overinflate them.’ Avoiding plastic surgery speculations about him soon became a Mission Impossible for him.

When Tom Cruise sat for an interview with Playboy, the elephant in Hollywood was addressed ultimately but it was not the answer that the fans had expected from the Jack Reacher actor. On being asked if he has had plastic surgery, he said and I quote, “I haven’t, and I never would.” Haven’t and never would? Really? Looks don’t lie, Tom. He seems to have forgotten it.

Maybe that’s why Tom Cruise’s Jerry Maguire costar Cuba Gooding Jr. meant to remind him when he appeared on Watch What Happens Live and talked of the time when he had dots all over his face. Maybe he was aware of Top Gun’s actor selective amnesia so, launched into the story so that Tom would never forget. He said,

I don’t know what he’s had done, but I remember I surprised him at his house one day and he had all of these dots all over his face and I was like, ‘You all right?’ and he goes, ‘I didn’t know you were coming’ and I was like, ‘I can see why.’

But Tom Cruise must not have remembered because even after that he never admitted to plastic surgery. Not that he owes it to anyone to tell that he’s had work done. He has never shilled any products that supposedly help in achieving looks like his. Not that his looks are something that would sell such products. So far, fans have just been making fun of the state of his face which they believe is due to the plastic surgery at the inexperienced hands. Or maybe he’s just lying.

Before you leave, check out the transformation of Jennifer Connelly, and Val Kilmer’s cosmetic changes.