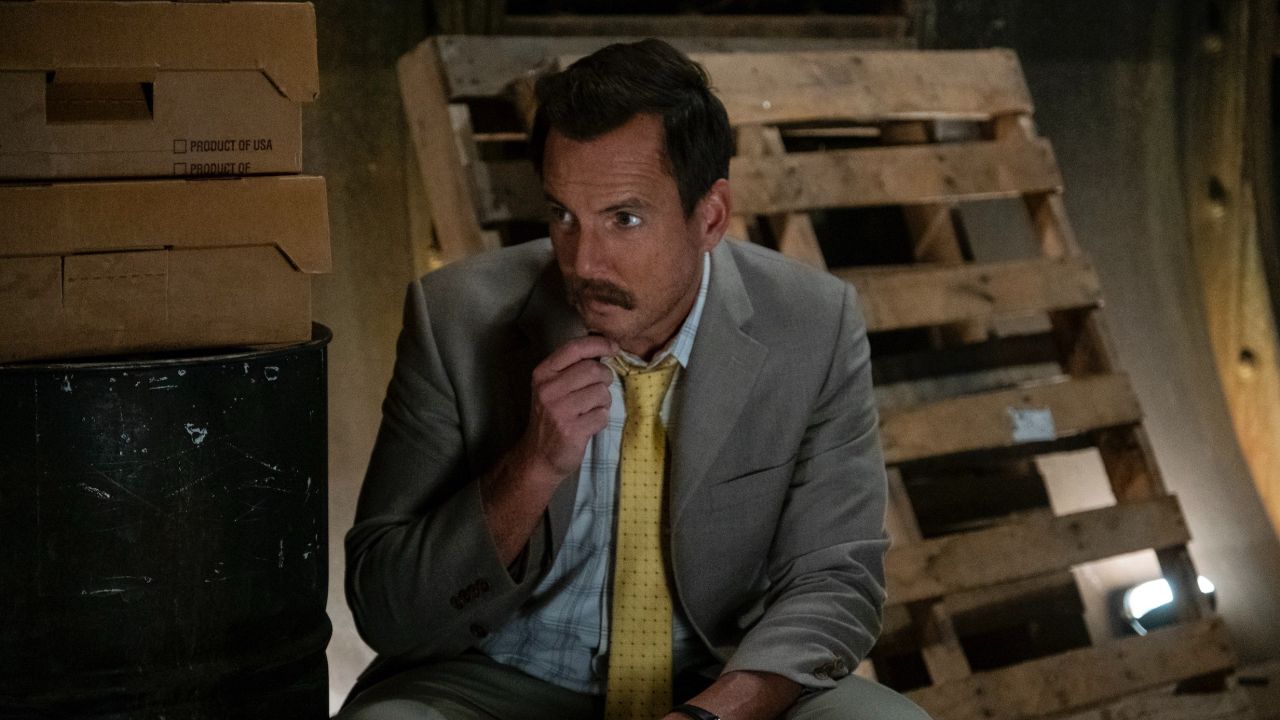 Tommy Tune from Murderville is a legendary entertainer, often mentioned by Terry Seattle. Will Arnett’s character is a huge fan of Tommy Tune on Murderville. Meanwhile, the online queries revolve around Tommy Tune’s bowing and tuxedo doll. Some fans misspell the name as Tommy Toon.

Murderville, a Netflix original series, combines a variety of television genres in an attempt to produce a program where you can put your mind to rest, forget about logic, and have a good time. It combines aspects of reality television with improvisational comedy in a spoof-ish packaging.

Brennan Shroff and Iain Morris handled the series’ direction. The series is a remake of the British television show Murder in Successville.

Murderville is one of Netflix’s newest binge-worthy programs, and the procedural comedy has a hilarious big surprise with a celebrity guest actor acting without a script.

Netflix released the series on February 3, 2022. The series’ narrative focuses around Terry Seattle, a detective portrayed by Will Arnett, for whom each day brings a new murder case and a new celebrity companion.

Previously, we touched on Deb and Rebecca Hendricks.

Murderville: Who is Tommy Tune?

Before we get into the specifics of Terry’s weird obsession with Tommy Tune, let’s first get to know a bit about the lead protagonist.

Terry Seattle is the murder division’s resident detective. Despite being regarded as a legend in the profession, he is unable to retain a partner following the death of his partner, Lori Griffin (Jennifer Aniston).

As a result, he is paired with detectives-in-training who join him on a daily basis as he solves a fresh crime. Will Arnett (@arnettwill), well known for his appearances in the Netflix shows Arrested Development and BoJack Horseman, plays Seattle.

Arnett is Murderville’s center, leading viewers from guest star to guest star and through a complex web of murder and deception. That doesn’t make him a particularly good investigator; his personal life is in chaos, and he’s trying to investigate the mystery of his own dead former.

He also has a strange obsession with Tommy Tune. Every inquiry appears to find a way to implicate Tommy Tune, the legendary entertainer, in some way or another.

Arnett might have been forever impressed with Tommy Tune as he mentioned the man in every episode.

Inspired from BBC Three series Murder in Successville, Murderville follows a comedy crime mystery of a police detective Terry Seattle, who is assigned a murder investigation and a detective-in-training partner.

A police procedural series in which each episode has a new celebrity guest star. The recurring cast members, such as Will Arnett and Haneefah Wood, were aware of the staged murder mystery scenario, while the guest stars were not.

It worked like an escape room, with visitors and Terry traveling from one scenario to the next and receiving clues. The guests were intended to make a guess and pick who the mystery’s villain was at the end of each scene; a sort of escape if you will. It wasn’t required to be accurate; some of the visitors weren’t. It was a fantastic show in terms of concept.

When comedy is situated in a gloomy setting, the contrast helps to express the gags more effectively. Furthermore, Will Arnett’s casting as the investigator could not have been more ideal.

It’s admirable to bring an outlandish figure to the screen without imposing absurdities on the audience. Instead of making the audience uncomfortable, his quirks and humor were genuinely hilarious.

Haneefa Wood, who portrayed the chief and Seattle’s ex-wife, had a lesser part, but even in those few minutes, the character’s authority and the show’s fundamental comedy were wonderfully balanced.

If I had to pick one item that was flawless and consistent throughout the series, it would be the main cast’s performance.

Murderville contains only six episodes, each lasting approximately 30 minutes, making it ideal for binge-watching. It’s the type of show that’s meant to be seen in one sitting, and thankfully, it’s enjoyable enough.

Conan O’ Brien, Marshawn Lynch, Kumail Nanjiani, Annie Murphy, Sharon Stone, and Ken Jeong are among the six celebs. While each episode has a unique narrative and companion, there were several running gags that were amusing at first but not so much afterward.

The guests’ quips and gags were above average, especially considering they were performing total improv and were only doing one take.

The visitors had no clue what was going to happen next, and the show appears to be shot in one take since dead corpses are laughing, the cast is practicing their emotions, and the guests are speechless. As a result, it wasn’t the finest comedy show, but it was certainly enjoyable.