Tyra Banks’ Weight Gain: How Many Pounds Did She Gain? 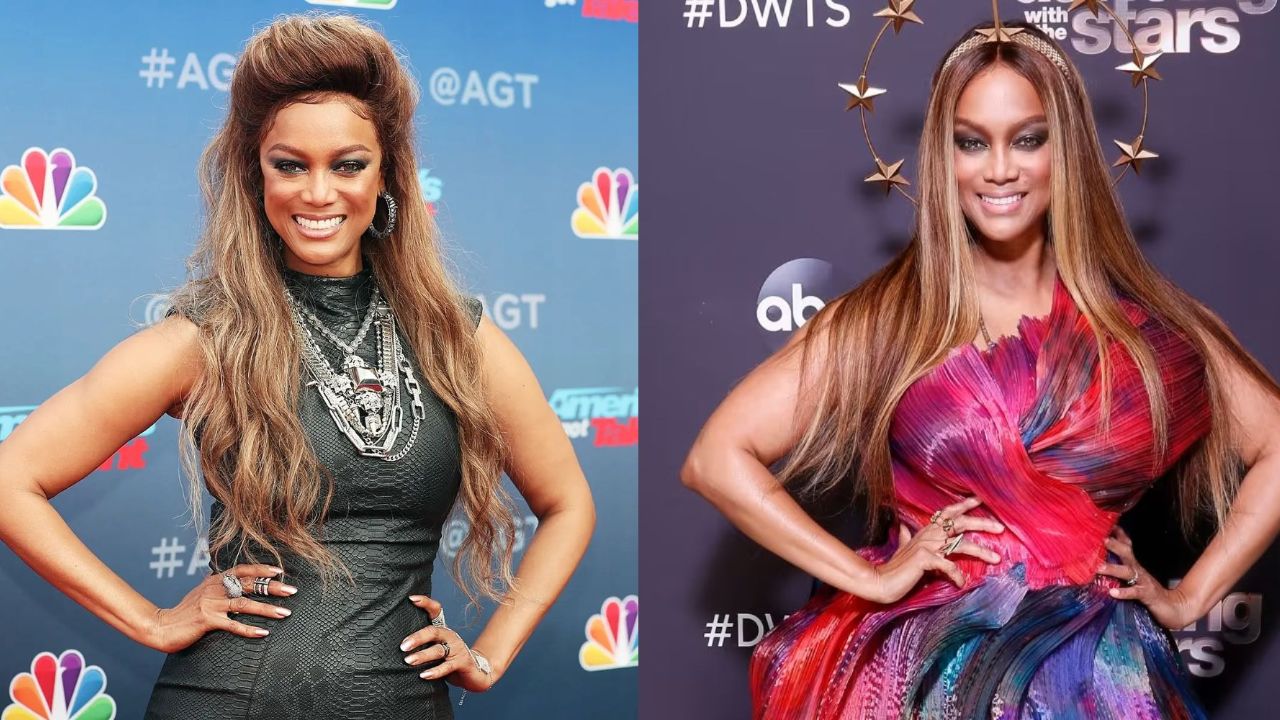 Immensely popular American television personality, model, businesswoman, producer, and actress, Tyra Lynne Banks or BanX is one of the successful personalities. She started her modeling career just at the age of 15, and since then, her professional field has brought her wide recognition and money.

Talking about her television career, Tyra Banks made her first series debut on the fourth season of The Fresh Prince of Bel-Air, which opened the door to opportunities in her acting field. Also, from 2020 to the present, Tyra has been working as a host for Dancing with The Stars.

Tyra’s career is not just confined to modeling and television acting, she has also advertised for cosmetic brands and products as well. Recently, the model, Tyra has risen to the controversy on her weight gain. Let’s get an insight into why Tyra’s weight gain brought her to the scandal.

Previously, we touched on the weight gain stories of Natasia Demetriou and Kristin Cavallari.

Host of Dancing with the Stars, the 48-year-old model, television reality star, businesswoman, producer, and actress, Tyra Banks is in several fields, and all of these fields have equally contributed to adding fame and money to her life.

Just at the age of 15, Tyra Banks was the first person to get featured on popular covers such as GQ and the Sports Illustrated Swimsuit Issue.

Born on 4th December 1973 in Inglewood, California, Tyra Banks was born to Carolyn London and Donald Banks. Tyra grew up with her older brother, Devin, who was exactly 5 years older than her. However, her childhood years came to a turning point when her parents divorced, and she was bound to live with a single parent and didn’t get to enjoy family time.

While growing up, Tyra faced a lot of bullies for how she appeared, and her friends called her an ugly duckling. This bully compelled Tyra in losing weight and just at the age of 11, she lost 30 pounds.

Getting to the modeling agency wasn’t that easy and Tyra was rejected four times, however, that didn’t stop her from achieving her dreams. Later, Tyra got signed by LA Models, and then, she moved to a European modeling agency, Elite Model Management.

With her growing modeling career, Tyra got a lot of success and was seen on the cover pages of several magazines. Moreover, in 1997, Tyra Banks got the title of Supermodel of the Year.

Presently, the 48-year-old model, Tyra Banks (@tyrabanks) has been taking up the controversy regarding her weight gain. Actually, Tyra was open about her weight gain, and she herself revealed to Food Diaries that she had gained about 25-30 pounds.

This all happened when Tyra started appearing on the cover of Sports Illustrated in May 2019. While weight gain wasn’t a big issue and is completely normal, Tyra Banks maybe was insecure about her sudden weight gain and that confined her from stepping out of her house.

But could a futile weight gain stop Tyra forever? No, the endless model can never come ahead a full stop. Thus, returning from retirement, Tyra posed for the front page of the magazine and cared less about her weight gain. She told,

I have a very interesting relationship with food. I have to say that it is one of the most important things in my life. A lot of my personal life, and the things that I like to do and my hobby is food.

Everyone’s size is beautiful and just because you are a model doesn’t mean you should be restricted to having a certain weight. Tyra Bank is the perfect paragon, and it is so beautiful to see how she normalized the normal weight gain that people make issues of.

How Much Money Does Tyra Banks Make?

It is obvious that the modeling and media industry gives a lot of money to its people, and thus, we can say that Tyra Banks makes a huge amount of money.

According to some sources, summing up all of her total assets and salary, it has been estimated that Tyra Banks makes around $90 million. Talking about her relationship status, Tyra Banks was in a relationship with Norweigan photographer, Erik Asla.

Erik and Tyra started their relationship in 2013 and dated till 2017. During their dating tenure, they even had a son, York. As of now, both Tyra and Erik are co-parenting their son, York and it appears that after ending the relationship with Erik, Tyra hasn’t been in any kind of relationship.

But there are chances that Tyra could be dating someone in private that we might not be aware of. Therefore, it isn’t safe to draw any conclusion about Tyra’s relationships.