Val Kilmer’s Health Update 2022: How Did the Top Gun Star Get Throat Cancer? 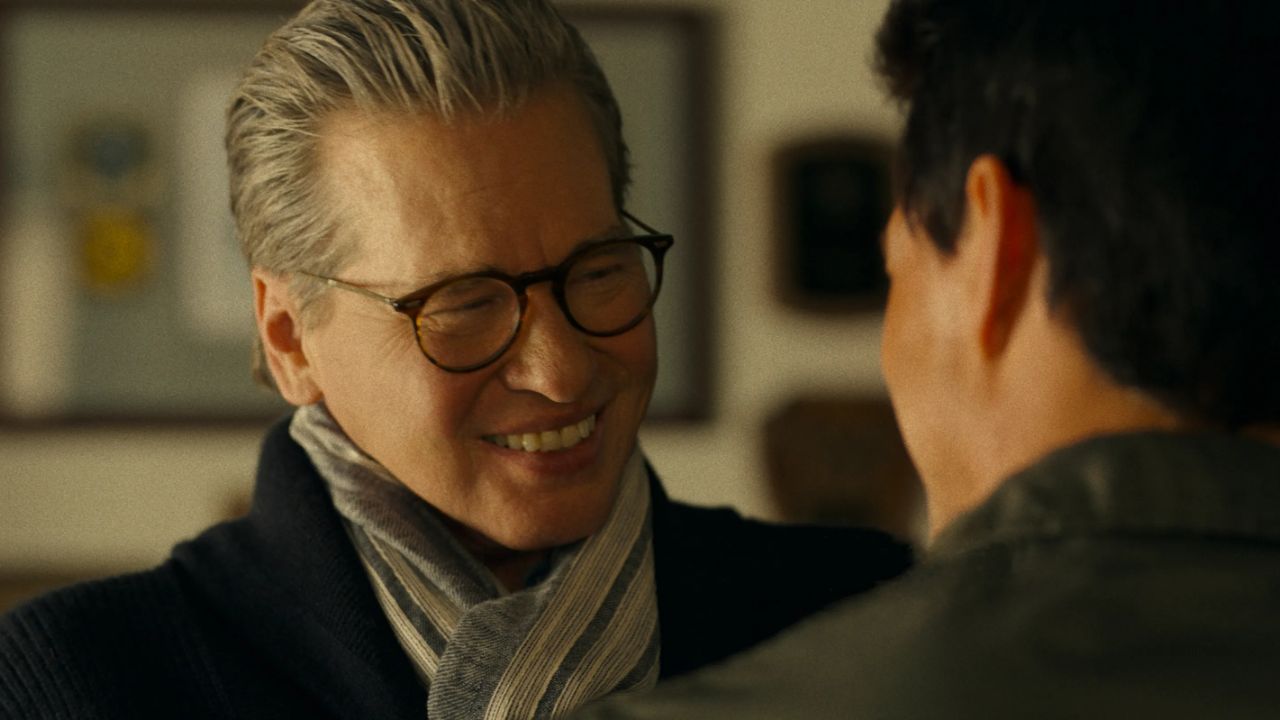 Val Kilmer’s health condition has always been a concern to his fans as he was previously diagnosed with throat cancer. Fans seek his 2022 health update and wonder if he can talk. Well, he can’t. The 62-year-old actor lost his voice during the treatment. However, he was recently cast in Top Gun: Maverick after a recovery. Additionally, in an interview, Val Kilmer claimed that he is still the same person even if he can’t talk. Questions like can he talk & how long has he had his sickness started arising after the release of Top Gun. Follow the article to know more about his illness and throat cancer.

Val Kilmer is also recognized for his roles as Bruce Wayne/Batman in Batman Forever (1995) and Simon Templar in The Saint (1997). Kilmer has also given his voice to a number of productions, including Moses in the animated feature The Prince of Egypt (1998) and Walker Sloan in Spider-Man: Edge of Time (2011).

He was nominated for a Saturn Award for Best Supporting Actor for his roles as Chris in Heat (1995) and Gay Perry in Kiss Kiss Bang Bang (2005). Kilmer is also the author of I’m Your Huckleberry: A Memoir, which was released in 2020. Val, a documentary on Kilmer’s life, was released in 2021.

Val Kilmer, who played the iconic Iceman in the original film, also makes a cameo in Top Gun: Maverick, which has received positive reviews from critics and moviegoers alike. Similarly, almost all of us are aware of his health. He faced many problems after suffering from throat cancer. And for those who’re unaware of Val Kilmer’s health history, we’ve got you covered.

Val Kilmer’s Health Condition: How Did He Lose His Voice? Can He Talk?

There’s a reason why Val Kilmer‘s appearance in Top Gun: Maverick was so well-received. The actor has struggled with health concerns, having been diagnosed with throat cancer previously and undergoing chemotherapy, radiation, and a tracheostomy since then. His vocal cords were injured, and his speaking voice was permanently affected as a result of the treatments.

Since being diagnosed with throat cancer more than five years ago, Val Kilmerr has been on a health journey. After previously claiming he was ill, the actor revealed his diagnosis only in 2017, expressing how his disease has altered his attitude on life.

Kilmer (@valkilmerofficial) was diagnosed with throat cancer and kept his illness a secret while undergoing treatment. Kilmer was cancer-free by 2016, but his vocal cords were permanently damaged as a result of his tracheostomy procedure.

Val Kilmer and Tom Cruise filmed a scene for Top Gun: Maverick, which could not be released in theaters for another three years due to the coronavirus outbreak. He claimed that working with the Mission: Impossible star again was like reuniting with a long-lost friend.

Despite the fact that Kilmer’s circumstances have altered since 1986, Maverick producer Jerry Bruckheimer and writer Christopher McQuarrie were determined to create a moment that would properly honor the Iceman’s reputation.

Kilmer was able to speak with his voice prior to his sickness thanks to artificial intelligence and machine learning. Sonantic was able to mimic Kilmer’s old way of speaking and utilize it in the film by using archival footage of his voice. The actor confessed that he utilizes a feeding tube in his 2021 documentary, Val.

“My voice as I knew it was taken away from me. People around me struggle to understand when I’m talking. But despite all that I still feel I’m the exact same person. Still the same creative soul. A soul that dreams ideas and stories confidently, but now I can express myself again, bring these ideas to you, and show you this part of myself once more. A part that was never truly gone. Just hiding away.”

Val Kilmer on Top Gun Maverick: A.I. Was Used to Revive His Voice Ahead of the Movie!

Fans of the original Top Gun knew Val Kilmer would return to reprise his role as Tom “Iceman” Kazansky in the sequel, but the specifics of his return were unknown due to Kilmer’s loss of voice following throat cancer treatment in 2014.

The script for Paramount Pictures‘ Top Gun: Maverick is based on Kilmer’s real-life experiences, with Iceman similarly suffering from cancer and communicating via typing. Kilmer is given only one line of dialogue. Kilmer’s speaking voice has been revived in real life thanks to artificial intelligence.

Kilmer said in August 2021 that he had teamed up with Sonantic to develop an artificial intelligence-powered speaking voice for himself. Hours of historical footage showcasing the actor’s speaking voice were provided to the company, which was then processed through the company’s algorithms and turned into a model.

According to Fortune, a similar process was used again for the actor’s appearance in Top Gun: Maverick, however a studio source told Variety that no artificial intelligence was used in the film’s production.