Val Kilmer’s Plastic Surgery: Does He Look Young Even After His Health Condition? 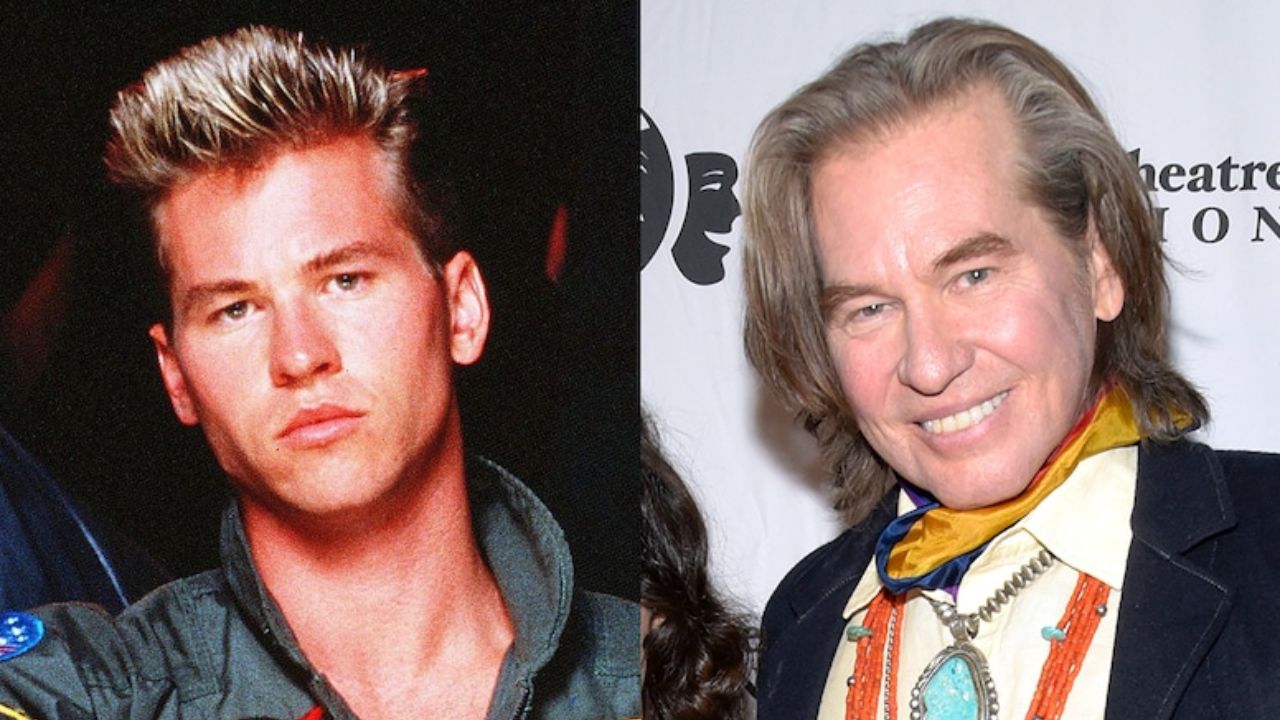 Val Kilmer, known for portraying Batman in Batman Forever (1995), is reported to have undergone plastic surgery to look young. After his severe health condition and being diagnosed with throat cancer, the 62-year-old returned to the big screen in Top Gun: Maverick. As a result, fans claimed that he might have done some cosmetic enhancement on his face. Follow the article to know more about Val Kilmer’s plastic surgery rumors.

Val Kilmer was born to Gladys Swanette and Eugene Dorris Kilmer, a real estate developer and aerospace equipment distributor, in Los Angeles, California. Val went to Hollywood’s Professional School and then to Juilliard’s drama program while he was in his teens.

He began his professional acting career on stage. He played Hamlet at the Colorado Shakespeare Festival in 1988. He made his film debut as blond rock sensation Nick Rivers in the 1984 spoof Top Secret!.

Throughout the 1980s, he appeared in a variety of films, including the 1986 sensation Top Gun (1986). Despite his apparent talent and versatility, it wasn’t until his astoundingly convincing portrayal as Jim Morrison in Oliver Stone‘s The Doors (1991) that the world took notice. Kilmer used his strong baritone once more in the film, performing all of the concert pieces.

And now that Val Kilmer is back again with his role in Top Gun: Maverick, fans are curious to know about his life journey as he was previously diagnosed with throat cancer. Similarly, some fans even wondered if he ever underwent plastic surgery. Well, let’s find it out.

Previously, we touched on the plastic surgery efforts of Meg Ryan and Amber Heard.

Did Val Kilmer Undergo Plastic Surgery? Here Is What the Batman Star Has to Say About the Allegations!

Val Kilmer (@valkilmerofficial), who has been battling throat cancer, was also extensively involved with the comeback of his iconic role in the Top Gun franchise. This fact came directly from director Joseph Kosinski, who revealed Kilmer’s significant involvement prior to the start of filming.

The veteran actor has been serving in the movie for a long time now. As mentioned above, he made his movie debut in 1984. And his appearance certainly has changed. As a result, many people have accused the 62-year-old star of undergoing plastic surgery.

Kilmer is definitely aging and has not been able to contribute to the filming industry since he was diagnosed with throat cancer until the recent movie, Top Gun: Maverick. Earlier, Val mentioned that he had surgery but kept hidden about his health condition. As a result, fans speculated that he underwent plastic surgery to look young.

Before revealing details about his health condition, Val even defended himself from all the rumors about plastic surgery. Back on June 22, 2018, Kilmer posted a selfie on his Facebook and captioned the post, “What’s happening to my face? I get a hair cut and suddenly I have a cleft chin???? Is that the right spelling… I don’t think I’ve written the word cleft in 25 years…”

Therefore, we can assume Val Kilmer never underwent any plastic surgery. However, he is aging like a fine wine and it wouldn’t be a surprise if he decides to apply any cosmetic enhancement to look young.

On the other hand, Val Kilmer’s return to Top Gun: Maverick has given joy to Top Gun fans. People all over the world are praising him for his comeback despite his health condition. Additionally, A.I. was used to revive his voice in the movie.

Top Gun: Maverick, which opened exclusively in theaters on Friday, is one of the year’s most anticipated movies. Tom Cruise reprises his role as US Naval Aviator Pete “Maverick” Mitchell, with Jennifer Connelly, Miles Teller, Glen Powell, Jon Hamm, and Ed Harris rounding out the supporting cast.

The most anticipated reunion for fans is no question seeing Cruise reunite with Val Kilmer‘s Tom “Iceman” Kozansky. We examine Val Kilmer’s net worth and career, as well as how he got his fortune, from a painful childhood to early fame, tragic health problems to an incredible recovery.

Val Kilmer’s net worth is expected to be about $25 million in 2022. Kilmer was one of the most known and sought-after acting talents of the 1990s, yet his career has slowed in recent years owing to a terrible health setback.

Kilmer has made much of his income from side projects, theater, and the sale of a big New Mexican property, in addition to unusually high wages for high-profile productions like Batman Forever and The Saint at the height of his career.