Valerie Bertinelli’s Plastic Surgery: Did The Food Network Star Get Breast Implants and Facelift; What Does She Look Like Now? 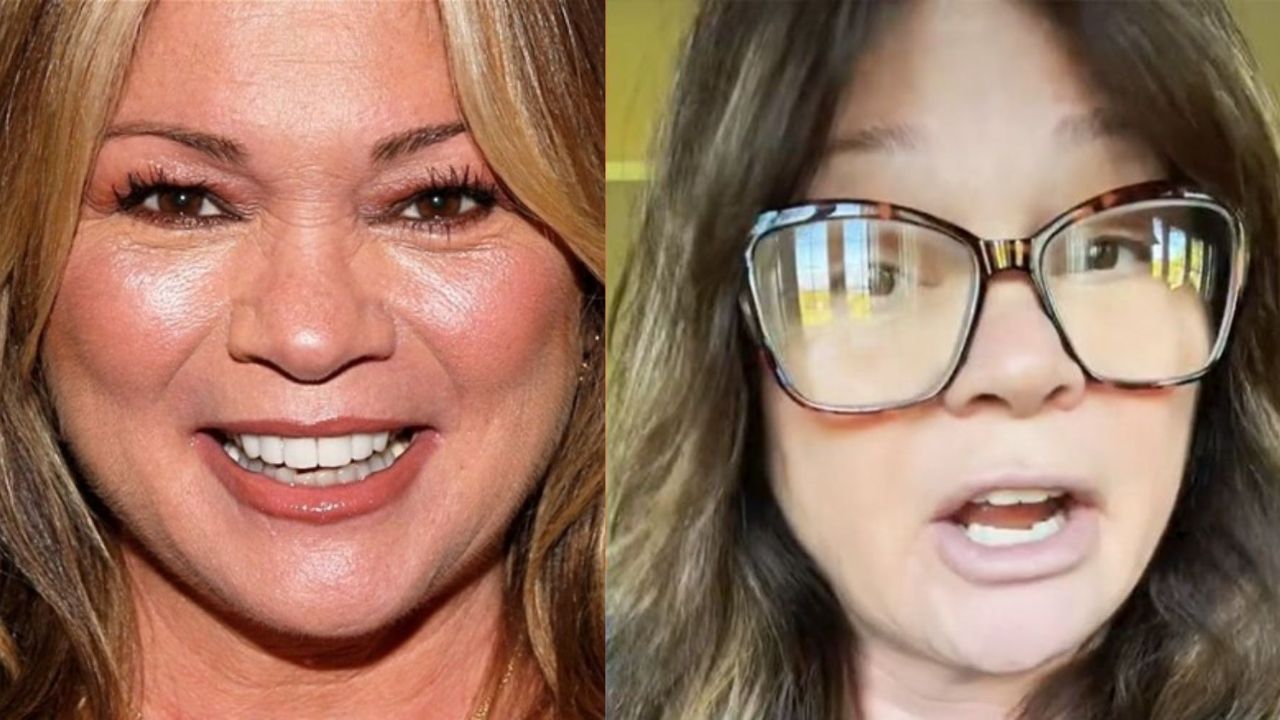 Valerie Bertinelli’s plastic surgery rumors have taken over the internet after a TikTok video of hers went viral. The Food Network star has been suspected of having had Botox,  facelift, and breast implants. Valerie Bertinelli hasn’t confirmed any plastic surgery, not any facelift or breast implants, but she has been open about having vampire facials which could be why she looks so young today in 2022.

Valerie Bertinelli has excelled at both acting and hosting. Starting her career in showbiz as an actress, she has seamlessly and effortlessly transformed into a host of cooking shows. In her acting career, she has won two Golden Globe Awards for Best Supporting Actress in a Series, Miniseries or Television Film for her performance as Barbara Cooper Royer on the sitcom One Day at a Time and earned a Screen Actors Guil nomination for her work in Hot in Cleveland.

However, it is not acting or presenting that is being talked about today. It’s Valerie Bertinelli’s TikTok video that has gone viral and sparked rumors about her plastic surgery. People think she has gotten a facelift and plastic surgery but has she?

Previously, we touched on the plastic surgery efforts of Shania Twain and Cheryl Burke.

Valerie Bertinelli’s Plastic Surgery: The Actress is Suspected of Having A Facelift and Breast Implants!

Valerie Bertinelli (@wolfiesmom) is speculated of having had multiple plastic surgery procedures including Botox, facelift, and breast implants.

Valerie Bertinelli recently caused a stir among her fans with a silly TikTok video that sparked the speculations of plastic surgery. In the video, she tried out a filter that is supposed to guess the user’s age. Jamming out to Love You So playing in the background, she looked absolutely radiant without any makeup as she waited for the filter to come up with a number.

Everybody was amazed and not amazed at once when The TikTok filter decided that she was 26. They were amazed at the filter’s guess because she is now very far from her 20s and they were simultaneously not amazed because regardless of her actual age, she did look 26. She completely looked the opposite of her age (62).

Valerie Bertinelli obviously didn’t think much of it and was amused by the looks of it as she captioned the video 🤪. But that got fans thinking that the filter was not off and it would not be unbelievable if anyone would say that Valerie Bertinelli looked 26. She does look very young for her age. She is 62 for the record but does not look like she is 62. And thus started the assumption that she has had plastic surgery because there is no other way she could look so young at this age.

While many fans, without giving it much thought, chalked her not aging up to Botox, which is like a normal procedure in Hollywood, others speculated another plastic surgery procedure- a facelift. Because her face looked so smooth and wrinkle-free and her cheeks were not sagging at all, people thought that she had had the procedure.

But so far there has been no confirmation or denial of a facelift from Valerie Bertinelli herself. However, she has been very open about having vampire facials multiple times. It is technically not plastic surgery but still, it is a cosmetic procedure in which blood is drawn from clients’ faces and re-injected back to refresh the appearance of skin, combat wrinkles and improve skin tone and overall texture, so I guess that counts.

Valerie Bertinelli showed on her Instagram story what she looked like after the second spa treatment she got from iSkin Med Spa where she sported her red face. She said in the video,

I just had my second vampire facial. It’s a little redder than last time. It feels like a really really bad sunburn. Does your face hurt, cause it’s killing me. Ohhh vanity.

Seeing how candid Valerie Bertinelli has been about having that vampire facial to look younger for vanity as she said, it does not seem likely that she would hide it or not confirm it if she actually had plastic surgery. So, there’s no reason to believe she has had a facelift.

And there is an explanation for why she looks so young- the vampire facials. But since the rumors of a facelift had started about three years ago when people thought she had begun to look unrecognizable, it’s not going away anytime soon.

And facelift is not the only plastic surgery the actress has been suspected of having. People had also thought that she had gotten breast implants. But that seems unlikely because she has spent most of her life being preoccupied with her weight gain.

Anyway, it should be noted that the media personality had never ruled out plastic surgery. In a public appearance in 2014 at the Central California Women’s Conference, when she was asked about plastic surgery, she said,

Needles in the face and cutting is scary. Never say never, but not yet.