Venus Williams’ Plastic Surgery: Did The Tennis Legend Get Botox? 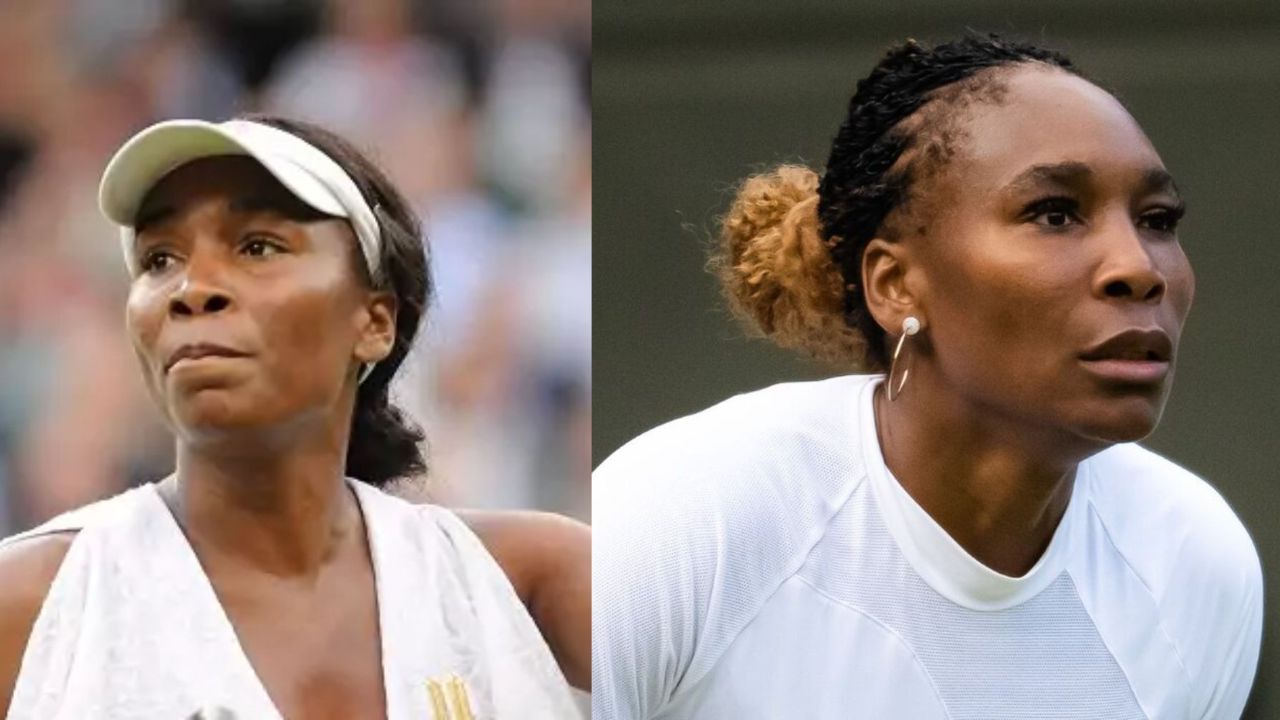 Venus Williams is an American professional tennis player who is widely regarded as one of the all-time greats of the sport. She has won seven Grand Slam singles titles, five at Wimbledon and two at the US Open. She is a former world No. 1 in both singles and doubles.

Sister to another tennis legend Serena Williams, she has also won 14 women’s doubles major titles all partnered with her sister. The pair remains unbeaten in Grand Slam doubles finals. The sisters became the world No. 1 in doubles for the first time on June 7, 2010, after the pair completed a non-calendar-year Grand Slam at the French Open.

Venus was twice the season prize money leader (once in 2001 and another time in 2017), and she ranks second just behind Serena in all-time career prize money winnings, having earned over US$42 million as of March 2022.

The sisters recently made a double exit from the 2022 US open which has made people reflect back on their careers. With the spotlight on them, they were surprised to realize how long Venus had been playing and how youthful she still looked today which led people to think she has had plastic surgery to look young. Let’s learn more about Venus Williams’ plastic surgery and whether she’s really had it or if it’s just proper skincare.

Previously, we touched on the plastic surgery efforts of Famke Janssen and Joy Behar.

Fans wonder if Venus Williams (@venuswilliams) has had plastic surgery or not because she has not shown even a little sign of aging yet. Even though not many think she has had work done to alter her features, people have started thinking that she has had cosmetic surgery to combat the effects of aging. She is believed to have had anti-wrinkle injections which are also known as Botox.

Venus Williams, when she was asked if she had tried any anti-aging treatment that worked for her, said that she was all about prevention and revealed that she has had Laser Genesis and loved anything that helps in building collagen. She also suggested for anyone who wanted to not age intense treatments for prevention of wrinkles and age like Ultherapy or Thermage.

She said that she had tried them both but both were too painful for her but they were definitely gold standards for anti-aging. All of these are minimally invasive cosmetic procedures that do not require surgery but some people consider them plastic surgery anyway.

Venus Williams said that with her plastic surgery or minimally invasive cosmetic procedures, she liked to keep it simple and so she does something like a Laser Genesis treatment or some red light therapy, constant exfoliation, and chemical peels. She has found them to really work for her.

According to her, those sorts of things sort of turn over your skin and make it look beautiful and if you continued that work at home, you would be amazed at how well it works out.

And I don’t know if you consider it plastic surgery or not but Venus Williams also does a body peel time and again. Recalling her body peel experience, she said that when she was done, she looked unreal. She had to put on a face cover, sunglasses, and a hat, and it took three days for everything to just peel off. She shared that her dermatologist in New York had incredible peels for the face and body and she liked that her hands and feet peeled so beautifully. And she felt that her butt peeled nicely too.

If people think the reason the tennis superstar looks very youthful even after 40 is plastic surgery, then all the skincare treatments might be all the plastic surgery she’s had. Maybe because she has found out what to do to keep her skin glowing, she is not worried about aging and turning 40.

For her, it wasn’t as big of a deal as people seemed to make of it and she was very fine with it. She also said that she is really fortunate to have really good genes because of how a lot of times it comes down to that and also how people take care of themself.

The only thing Venus Williams is worried about is that she had been very naughty not wearing sunscreen for pretty much the first 35 years of her life. She said that she hopes that it never catches up with her.

So, it looks as though Venus Williams never truly had any plastic surgery procedures, at least not to alter or correct her facial features or to make them look more aesthetic. She is not in showbiz but people get really surprised to see a celebrity who had no work done. However, if you can call skincare and laser treatments which are generally just cosmetic procedures that do not require people to go under the knife plastic surgery, then she’s had it.