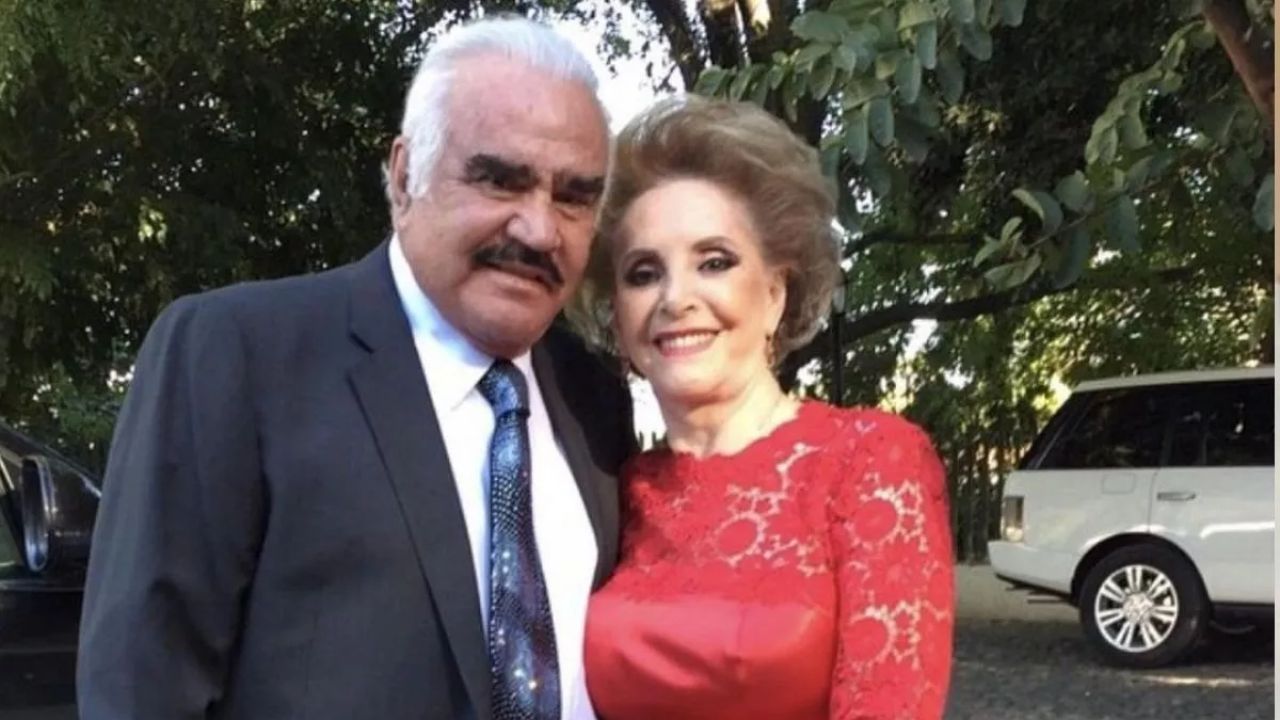 Vicente Fernandez’s wife is Maria Del Refugio Abarca Villasenor who is nicknamed Dona Cuquita. The pair were neighbors and Maria was just his friend’s younger sister to the singer before they fell in love and eventually ended up as husband and wife. The couple got married in 1963 and stuck together even when Vicente Fernandez cheated on his wife.

Fernandez started his career as a busker and went on to become a cultural icon, having recorded more than 100 albums and contributed to more than 30 films. His repertoire consisted of several rancheras and other Mexican classics.

Vicente Fernandez’s work has earned him three Grammy Awards, eight Latin Grammy Awards, 14 Lo Nuestro Awards, and a star on the Hollywood Walk of Fame. He sold over 50 million copies worldwide, making him one of the best-selling regional Mexican artists of all time.

He died on December 12, 2021, leaving behind a wonderful legacy of several classics and ranchers. His love for music and his love for his family was highly spoken of even after his death. His fans really appreciated how his wife Maria del Refugio was always by him and gave him her unwavering support and never left his side. Let’s learn more about Vicente Fernandez’s wife and their relationship!

Vicente Fernandez’s Wife: The Love Story of The Mexican Icon and Maria Del Refugio; Did The Singer Ever Cheat on His Wife?

Vicente Fernandez’s wife Maria del Refugio Abarca Villasenor, who was named nicknamed Dona Cuquita, was the one who built the Fernandez empire together with the singer. While the Mexican icon was busy with his career, Maria was in charge of her husband’s business affairs and ran a tight ship within his singing career and their household. She was born in Huentitan, Jalisco, the same place Vicente was born.

The pair were neighbors in Guadalajara growing up and Maria del Refugio was just his friend’s younger sister to the singer. He vaguely knew about her. But then one day, everything changed with just one look and Cuquita was no longer just that. He saw her leaving the church with her mother when the singer got struck by Cupid’s bow (there’s no other way to explain this) and just fell for her future wife.

Vicente Fernandez went from vaguely knowing about Maria del Refugio to being unable to stop thinking about her. He even gave her a laurel flower to symbolize her beauty and was quite adamant about becoming her boyfriend. And when he finally mustered up the courage to ask his future wife out, she made him wait for a few days but at the end of the wait, her response was a ‘si.’

The pair got into a relationship but it was not an easy one, especially at the beginning. While it was beautiful how their young love was blossoming but it was also the time for Vicente Fernandez to make his career. As the young couple began their relationship, Vicente moved to Tijuana and Mexico City for long periods of time to pursue his career and try to get noticed by record labels in the early 60s.

Vicente Fernandez did not want to tie Maria del Refugio up. So, he set his Cuquita, his future wife free saying that she didn’t deserve a boyfriend who couldn’t spend time with her and that she was better off finding someone else. She listened to him and got a new boyfriend when he was off in Mexico City working in restaurants and singing everywhere he could.

But Vicente Fernandez and Maria del Refugio were just meant to be so, destiny had other plans for them. In 1963, when the singer’s mother Paula Gomez died of cancer, he returned to Jalisco to take care of his family. On returning, he met Cuquita and saw her with her boyfriend. He decided then and there that he could not bear seeing his future wife with anybody. So, he wasted no time and told Cuquita that he was giving her 10 minutes to leave her boyfriend and she was getting married to him (Vicente) on December 27 that year.

And just like Vicente Fernandez said, he took Mario del Refugio as his wife that very year in 1963, and now they are married for more than 58 years. But that was not all there is to it. Their marriage, like their relationship, was not an easy one and was often tainted with infidelity of Fernandez. He once infamously said in an interview, “I was never a saint, but no one ever saw me. There’s nothing more important than being discreet.”

But the pair stuck through and always put their family first even when he was said to be having affairs with singers Manoella Torres, Angélica María, and several other women. Vicente Fernandez even confirmed that he cheated on his wife but only with actress Patricia Rivera when everyone suspected that Rivera’s son was Fernandez’s. Dona Cuquita even accepted the child as a part of the family until 1998, when a DNA test showed he was not Fernandez’s son.

While the infidelity and cheating will sadly always be a part of the couple’s love story, they made it and rose above it, and their strong bond, which withstood the time of the husband cheating on his wife, seemed to be ingrained in the family’s future, the ranch, and music.