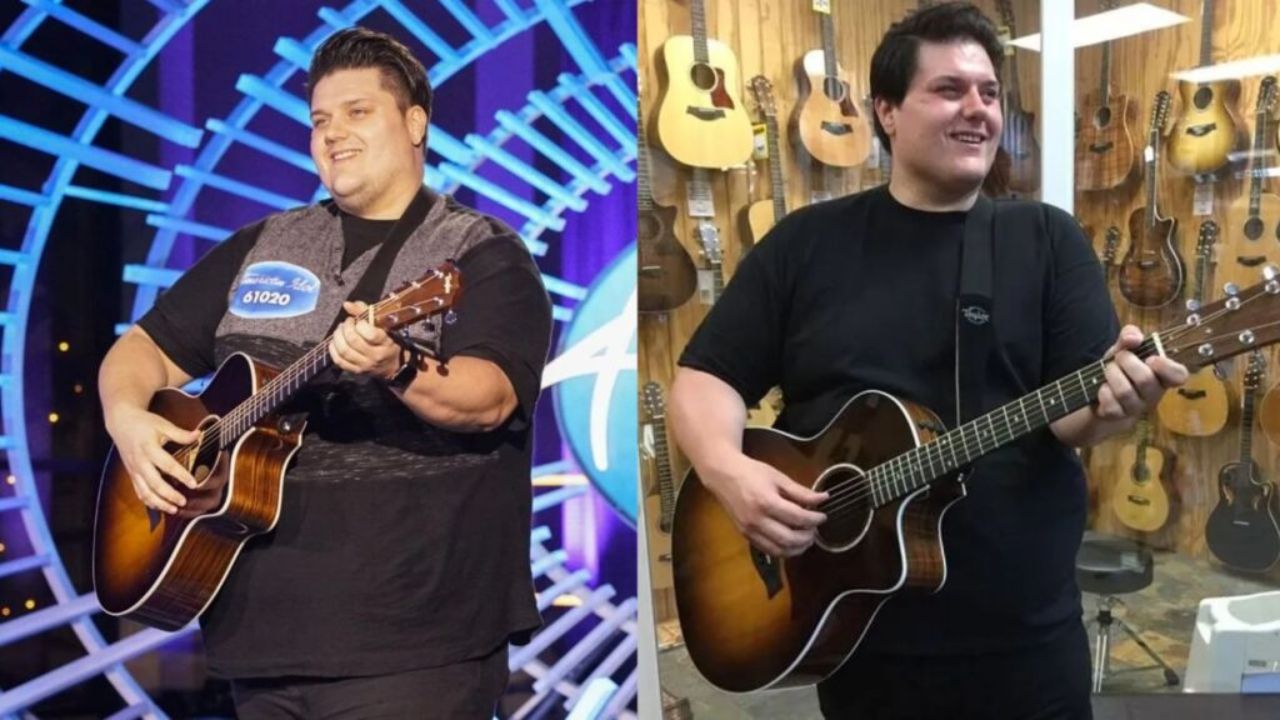 Wade Cota from American Idol fame underwent a weight loss of 140 pounds. Amidst the singer’s personal crisis with his weight, when he got voted off the show from the top 5, he fell into depression before he picked himself off and then embarked on a weight loss journey with his mother. Wade Cota now is in a much better spot after shedding weight with intermittent fasting and a keto diet. People wonder if he had weight loss surgery.

Wade Cota is an American singer-songwriter from Phoenix, Arizona who gained prominence when he competed in Season 17 of American Idol where he made it to the top five. He may not have won the competition but he enjoyed much popularity among the judges as well as the general public. He leveraged that fame into crowdfunding his first album Big Feet Baby Steps after American Idol. Now he is set to release his new album Love Me Like I’m Dead this summer.

Even though now he is successful in his career, there was a point in his life where Wade Cota probably thought it was all gone when he was having a personal crisis with his weight. But after having a weight loss with a proper diet (people wonder if he had weight loss surgery), he is alright now and having the time of his life.

Previously, we touched on the weight loss efforts of Stassi Schroeder and Lauren Ash.

Wade Cota (@wadecota) from American Idol Season 17 has recently shared that he underwent a weight loss of 140 pounds.

Despite winning everyone with his soulful voice and immense talent on his American Idol run in the beginning, Wade Cota, as season 17 of the singing reality show progressed, began getting overshadowed by his weight. And though he had planned and intended on giving it all to his singing career, the urgency of weight loss that his fans began projecting on him, hit him to be completely dedicated to his career.

And as it was, Wade Cota just happened to come across a podcast in which people were discussing the most recent American Idol episode and obviously, because he was one of the most talented contestants, his name came up. They praised his performance and all was well but then they had to go and make a comment about his weight saying, ‘We love you Wade, but lose 150 pounds or you are going to die.’ That remark may not have been made with malicious intent, just a piece of advice out of concern, but it had the worst effect on him.

Wade Cota’s mind froze at that comment in the podcast and all that echoed around in his brain was that it was so unfortunate that the time he weighed more than he ever had in his life was the time he was participating in the show in national television. Already self-conscious to the point of obsession about weight, he didn’t miss it when he was criticized and fat-shamed. At least, his fans had been talking of his need for weight loss out of concern and gently. The trolls just made him more desperate.

His success didn’t matter to him anymore, only his weight and how he desperately needed to lose it. He developed a one-track mind where all he could think about was weight loss.

And, as luck would have it, Wade Cota got voted off the show and coming off weight loss momentarily, saw that the career he had envisioned had ended before it started. He then spiraled into depression. It was truly then that he let himself go and stopped taking care of himself. He stopped eating and got by with a six-pack of Coca-Cola a day.

But then Wade Cota somehow just snapped out of it and decided that he was not going to live like that anymore. He had a horrible childhood because of an abusive father who abused his mother, sister, and brother but he was not going to have a horrible future as well. Raised in poverty where he lived off pasta, for the most part, he found control in food which led him to be big like that.

His mother too was at a point where she needed to lose her weight and so, the mother and son together embarked n a journey of weight loss to have a healthy lifestyle. Wade Cota completely swore off soda and sugars. He practiced intermittent fasting and followed a keto diet. And then the weight started to come off. He didn’t have a weight loss surgery like many people seem to think.

Wade Cota went even bigger when post-weight loss, he started filling 50-gallon trash bags with all his bigger clothes so that he would have anything to fall back on and he would have a reason to never be in that same place again.

And now that he has successfully shed 140 pounds, he shared that he would still love to lose another 50 pounds but he has already found himself in a much better spot with confidence brimming in him. He was also writing more than ever.

Plus, his sleeping habits have improved and his energy level has risen all thanks to weight loss. And he finds singing much easier now that he doesn’t get out of breath and can hold long notes.