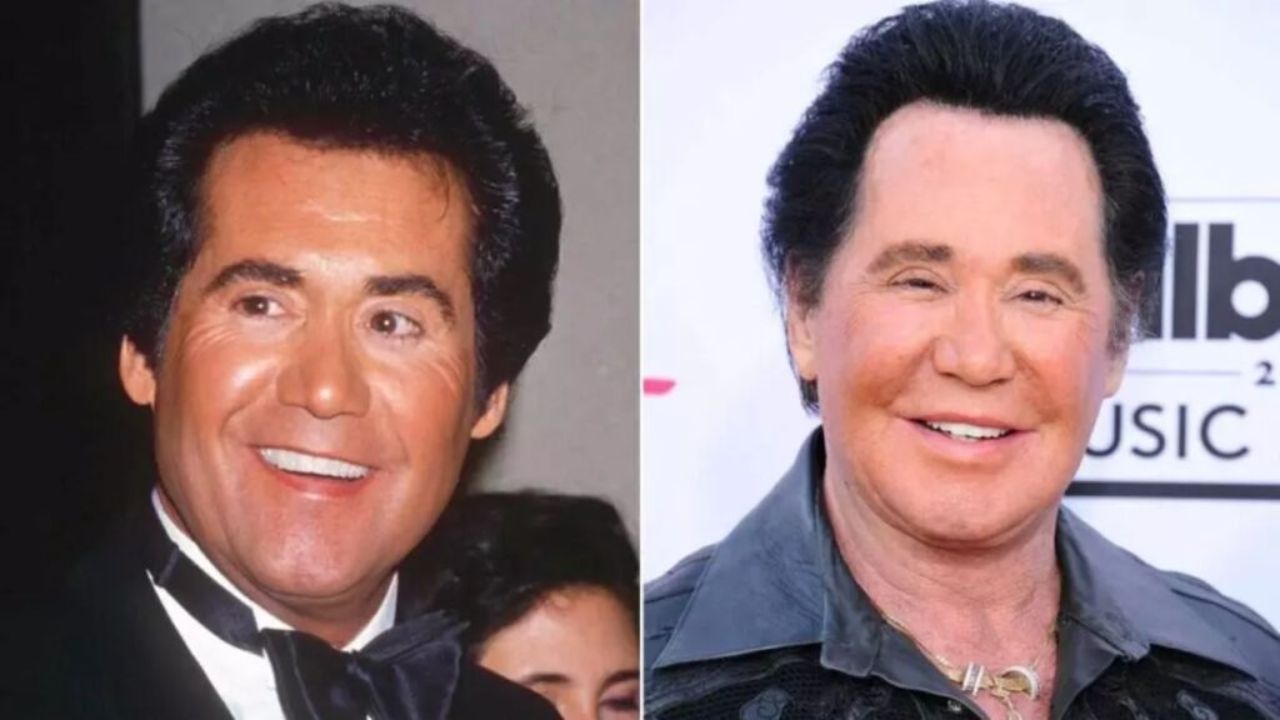 Wayne Newton then when he was young and Wayne Newton today could very well be the before and after pictures of botched plastic surgery. The singer had inspired talks of having gone overboard with Botox whilst in the process of plastic surgery to look young. Wayne Newton is said to have undergone facelifts and browlifts as well.

Wayne Newton is an American singer and actor who happens to be one of the best-known entertainers in Las Vegas. He is much celebrated and loved and nicknamed The Midnight Idol, Mr. Las Vegas, and Mr. Entertainment. His signature song Danke Schoen was notably used in the score for Ferris Bueller’s Day Off. Some of his well-known songs are Daddy, Don’t You Walk So Fast (peaked at No. 4 on the Hot 100), Years, and his vocal version of Roses for a Blue Lady.

Wayne Newton knew since he was just a child that he was going to do music in the future. He formed a group called Rascals in Rhythm with his brother Jerry, appeared on ABC’s Ozark Jubilee, and performed for then-President Dwight D. Eisenhower. There, he was spotted by a Nevada-based booking agent who reached out to invite them to audition. They were selected and began performing six shows a day for five years in Sin City.

Newton signed with Capitol Records in 1963 soon after and released his first album, Danke Schoen, in 1963. He has followed that with nearly 30 more albums.

Aside from singing, Newton also has enjoyed a mildly successful acting career making cameos and taking roles in TV shows and films. He has made appearances in Licence to Kill, Ocean’s Eleven, Who’s Your Daddy?, The Hangover, Hoodwinked Too! Hood vs Evil, Sharknado: The 4th Awakens, and most recently, Puppy Love.

Newton, aside from his singing and acting, is starting to be known more for the looks he has been sporting after plastic surgery now. People now think that he is no longer the same fresh-faced Wayne Newton as they once knew when he was young. He had tried to remain young and in the process, he destroyed his face with plastic surgery.

Previously, we touched on the plastic surgery efforts of Sophie Turner and Ashley Judd.

Wayne Newton’s Plastic Surgery: The Singer Looks Like a Wax Replica of Himself!

Wayne Newton (@waynenewtonmrlv), after such a long career that cemented his name in musical history, had a wonderful legacy to leave behind. But then, he had to be such a fan of The Bachelorette that he didn’t resist appearing in the show, which, in hindsight, he should have, because now legacy has taken a back seat and at the forefront of discussion about him is plastic surgery. He showed up in The Bachelorette in 2019 and people are still not done talking about it till now in 2022.

Because his presence or let’s say appearance was very umm…impactful and attention-grabbing. Gossiping about the plastic surgery procedures people have gotten might not be the most productive way to pass the time now (Not taking any moral high grounds here but still ), but if you had taken a look at Wayne Newton in The Bachelorette, you would know how you just couldn’t take your eyes off him and your mouth off speaking about the plastic surgery, and your mind off thinking, ‘What in the hell did he do to his face? What was wrong with his normal human face?’

That’s how much his face had changed. That’s how much less human-like face he has now. And that’s how botched his plastic surgery was. People began mocking him over how much plastic he must have on his face, that is after they got over the initial shock of his new face. A person voiced what everyone was thinking when he said,’ Wayne Newton looks exactly like a wax replica of himself.’ The question arises now; what plastic surgery procedures and going overboard with it transformed his face and led him to look like the picture of that disastrous, waxy, and botched plastic surgery?

According to a plastic surgery expert Dr. Mathhew Schulman, Wayne Newton ended up destroying his face trying to get rid of the wrinkles. In his quest to be wrinkle-free, he lost his wax-free state. He also said that he saw classic signs of several procedures, including upper and lower eyelid surgeries and full lifts to the face and neck which have left him jowl-free.

He has taken his pursual of youth and perfection too far is what another expert of plastic surgery Dr. Brian Glatt believes. Lots of people have formed opinions on his face. But all the conclusions are that Wayne Newton doesn’t look real anymore. What makes people look like humans and not wax dolls, he has lost.

What plastic surgery procedure might have done that to his face? Although Wayne Newton has never once admitted to having cosmetic surgery, one can tell that he has. But what exactly did he have? Botox is for sure, given the look on his face. In fact, it cannot be more clear that he has gone overboard with it. He is also said to have multiple browlifts and facelifts. He has not challenged those rumors himself, but one can conclude that he definitely had plastic surgery.