Wendell Pierce’s Weight Loss: The Actor Debuted His New Look at the End of 2022 in a Play! 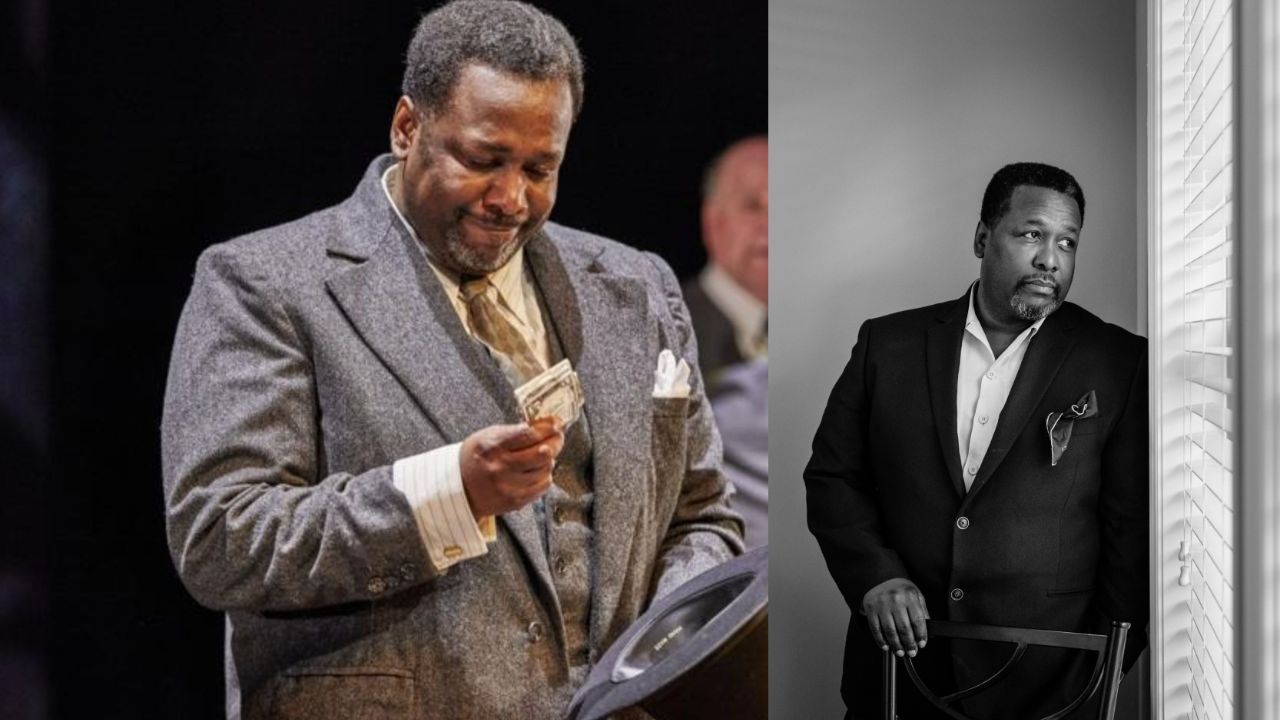 Wendell Pierce debuted his weight loss in the Broadway production of Death of a Salesman at the end of 2022. The viewers noticed that the actor appeared significantly leaner than before and was shocked to see him in his new look. Wendell Pierce, however, has not yet addressed his weight loss even though fans are curious to know about his diet plans and workout routines.

Wendell Pierce is an American actor and businessman who first came into prominence in the early 2000s when he portrayed the role of Detective Bunk Moreland in the acclaimed HBO drama series The Wire. He did the show from 2002 to 2008. It was a breakthrough role for him and he began to receive more attention and appreciation for the work he did prior to that. Before he became known for The Wire and got more interesting roles, he used to be a character actor portraying roles both on the stage and screen. He had trained at Juilliard School.

He has played several notable roles on television and on movies since then. Some of the noteworthy television roles he did are the trombonist Antoine Batiste in Treme, James Greer in Tom Clancy‘s Jack Ryan, the attorney Robert Zane in Suits, and Clarence Thomas in Confirmation. He has also starred in several films some of which are Malcolm X, Waiting to Exhale, Ray, Selma, The Gift, and Clemency. He has been nominated for Independent Spirit Awards for his film roles in Four and Burning Cane. He also served as a producer in the latter.

Wendell Pierce started his career as a professional actor in 1985 when he made his Broadway debut in John Pielmeier‘s 1985 play The Boys of Winter. He followed it with Caryl Churchill‘s Serious Money in 1988. He won two Tony Awards as a theatrical producer from two Best Play nominations – one for August Wilson‘s Radio Golf in 2007 and the other for Bruce Norris‘ Clybourne Park in 2012.

He performed the lead role of Willy Loman in the 2019 revival of a play Death of a Salesman on the West End in London. His performance in the play earned him a nomination for Laurence Olivier Award for Best Actor in a Leading Role in a Play. He is currently reprising the role on Broadway in the 2022-2023 season.

People noticed that he has had a significant weight loss since the last time he played Willy Loman in 2019 after watching him in the theatres this season. They were used to seeing him heavy and overweight. So, they were shocked to see that he had lost weight and curious about how he did it. Let’s find out more about Wendell Pierce’s weight loss!

Wendell Pierce (@wendellpcg) is reprising the lead role of Willy Loman in the play Death of a Salesman which he first did in 2019. His performance in this play was one of the most brilliant performances of his career and in the history of Broadway as well. He even received a nomination for Laurence Olivier Award in the category of Best Actor in a Leading Role in a Play.

So, naturally, the news that he was going to be acting again in his most terrific role naturally got traction and more audiences for the play. Of course, the fact that he had to break character during the Broadway production to deal with an unruly audience member who disrupted the show during the second act and insisted that she wouldn’t leave until she got her money back and she got carried forcefully from there got the show some extra publicity as well.

Despite everything that went on, the audience did not fail to notice that Wendell Pierce had undergone a weight loss and looked significantly slimmer than he did just three years before when he last played the role. He never shared that he was trying to lose weight so the fans had no idea that he would be walking on the stage with that new look. He also never talked about any of the issues he might have had with his weight. Save for the time he tweeted the following in 2014,

I am the cautionary tale of the weight struggle that persists if you don’t combat childhood obesity.

Wendell Pierce had always been a fat person ever since he was a child and he didn’t seem to be doing anything to combat his obesity problem for the longest time. So, it never looked like he would ever go on a weight loss journey or seemed that he was health-conscious.

But in 2013, when he opened a grocery store chain called Sterling Farms with healthy and fresh food alternatives for people in low-income neighborhoods, or what they often call food deserts, many of which are in New Orleans, he did appear to be health-conscious. Wendell Pierce was determined not just to help out the under-served communities in the places where they had to travel more than three miles to reach a supermarket, but also to get them access to healthier foods. He might have been on a weight loss journey since then because he said a little something about combatting obesity with food justice.

Wendell Pierce did appear to be losing weight gradually though no significant result was seen till recently. He hasn’t even addressed his noticeable weight loss. So, if anyone was interested to know his diet plans and his workout routine, it doesn’t look like they are going to get the details about it.

In an interview when he was asked how he kept up his energy for his performances a week in a demanding role, he said

I get physical therapy three times a week. Whatever fatigue that happens, I use it — for the tone of the first line, which is, “I’m tired to the death.” I try to eat in a nutritious way and stay as hydrated as much as possible for the voice and the body. I take my vitamins. It’s like playing a sports match. It’s mentally and emotionally challenging.

Though Wendell Pierce did not relate it to weight loss, this could have helped him.

Also, a quick reminder for you to visit House & Whips to read more interesting stories about your favorite celebs.

Ryan Seacrest’s Plastic Surgery: Has The Television Show Host Had Cosmetic Surgery? The Media Personality Then and Now! Read More

Trending
Ornella Vanoni’s Plastic Surgery: What Happened to the 7 Women and a Murder Cast Member’s Face? How Did She Look When She Was Young?
Trending
Jeremy Renner’s Plastic Surgery: Has The Actor Had Botox and Fillers? Check Out His Before and After Pictures!
Trending
Is Lea Michele Illiterate? Can The Glee Star Read and Write? What About the Video of The Actress Reading Children’s Book?
Trending
Is Lea Michele Married? Who is The Glee Star’s Husband?
Trending
Melania Trump’s Weight Gain in 2023: Did the Former First Lady Gain Weight Because Her Health Issues?
House&Whips
About UsPrivacy PolicyTerms of UseDMCAContact
House&Whips is a leading media and entertainment source as a fast-growing information hub. For promotion or advertisement, please mail us at [email protected]