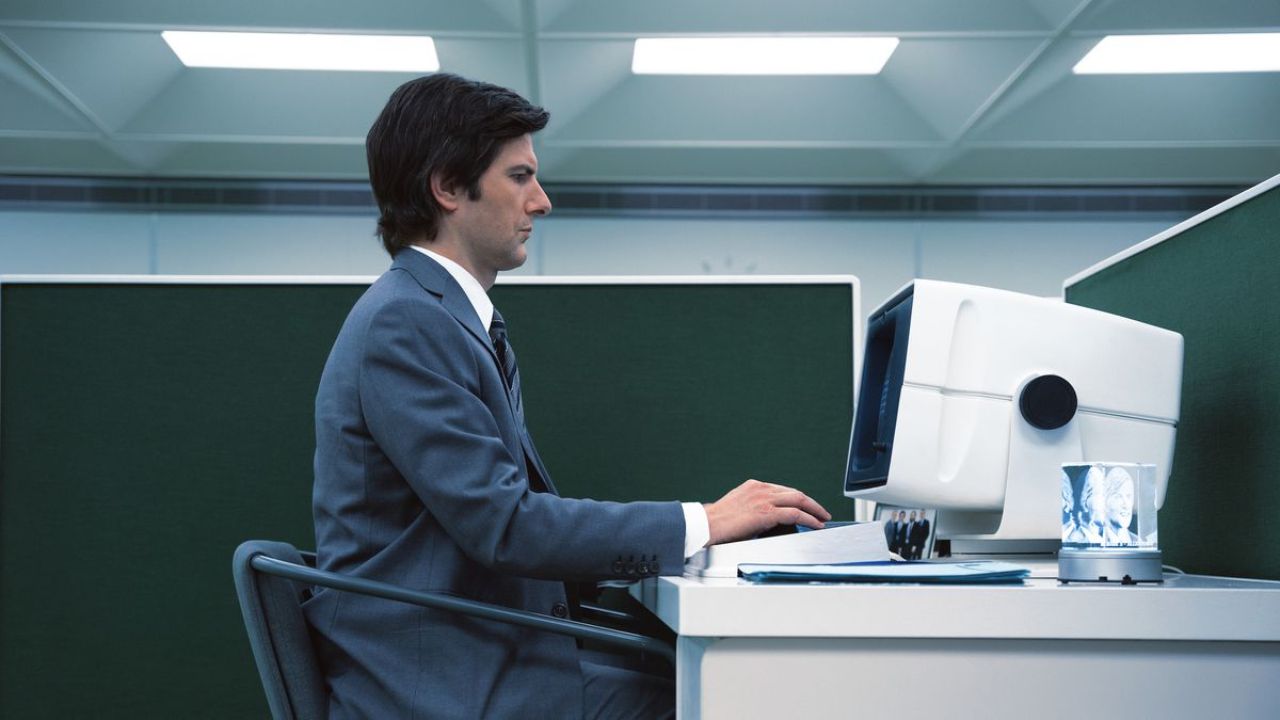 Severance on Apple TV Plus was filmed in the corporate hubs of America – New York and New Jersey. Severance starring Patricia Arquette filmed for a few days in Nyack in February 2021 and in Kingston and Beacon in March 2021. In April 2021, the Apple TV show’s shooting moved to northern New Jersey.

Are you bored of your scheduled life that runs around in circles of going to your job and returning home and making time for other stuff in between?

Want to break the monotonousness and make an escape from your everyday life and go to a happier place, except without happiness? Then dive into the latest show Severance that Apple TV Plus has brought!

Severance is a dark dystopian workplace thriller that could almost border on being real. Verging on being close to reality can scare you but it can make you appreciate your current work-life culture because it’s much less bad. Plus, it’s a psychological thriller! You can’t say no to that!

So, Severance revolves around a fictional procedure, which is the sci-fi part, of ‘Severance’ which is a surgical operation that enables the workers to separate the non-work memories from their work memories. This happens in a conglomerate called Lumon Industries, where our protagonist Mark Scout works in the Macro data Refinement Division.

This extreme arrangement is convenient for Mark as a grief-stricken man who was dealing with the loss of his wife. Severance for him meant spending eight hours in his office sitting in a pinwheel cubicle configuration, sifting through data with no painful memories about his dead wife.

But at some point, he must come out of his shell of self-pity and grief and see beyond that for what it is! Mark of outside life – his life is disrupted when a coworker who went missing tracks him down and tells him that something nefarious is going on.

The first two episodes have been released on February 18, 2022, and the remaining seven episodes will be released weekly after that.

Previously, we touched on the filming locations of Tall Girl 2 and Kimi.

Severance is a psychological thriller about a dehumanizing workplace culture that takes toxicity to a whole other level when employees’ memories are severed to disallow non-work memories during office hours.

Since the series details the absolute unacceptability of the humane aspects of workers by the corporate, the show has fittingly been shot in the areas known for their massive corporate empires in America: New York and New Jersey.

After shooting in the more unsettling New York Metropolitan areas, production moved to a village Nyack in Rockland County, New York in February 2021. In there, the film crew chose Village Gate Townhouses, a real estate project, and Two Villains Brewing, a pub located on 132 Main Street as filming locations.

Some exterior shots have been taken in the city of Kingston which is located in Ulster County. Filming there for several scenes took place over three days in March 2021 at 1 East Main Street.

Some footage was taken in the town of Beacon which is located in Dutchess County. Several stores of the town are featured in the show after some cosmetic changes. If you are a resident of the area, you might be able to recognize some local spots like Beacon Bath and Bubble at 458 Main Street, The Vault at 446 Main Street, and Beacon Falls Cafe at 472 Main Street.

Yonkers, Westchester County also hosted the production crew of the series. To film the scenes, the camp was set up in and around the city’s Pietro Drive region.

The Dan Erickson-created show started to film in October 2020. After shooting in New York City up to March 2021, the production moved to New Jersey for photography in April 2021.

The final portion of Severance’s principal photography was concluded in New Jersey in parts of the Holmdel Township which is located in Monmouth County.

More specifically, the filming was done at Bell Works, which is also known as Bell Labs Holmdel Complex, situated at 101 Crawfords Corner Road. It is a giant one-of-a-kind compound with traditional office spaces, dining, retail, fitness, hospitality, and much, much more.

In a press release on April 9, 2021, Governor Phil Murphy addressed Severance filming in the Garden State. He stated that New Jersey was delighted to welcome the Apple TV Plus back to the state.

Secretary of New Jersey Tahesha Way also expressed the general excitement at the quantity, quality, and variety of projects now being made in the state.

The photography was concluded after about two months of shooting in New Jersey on June 23, 2021.