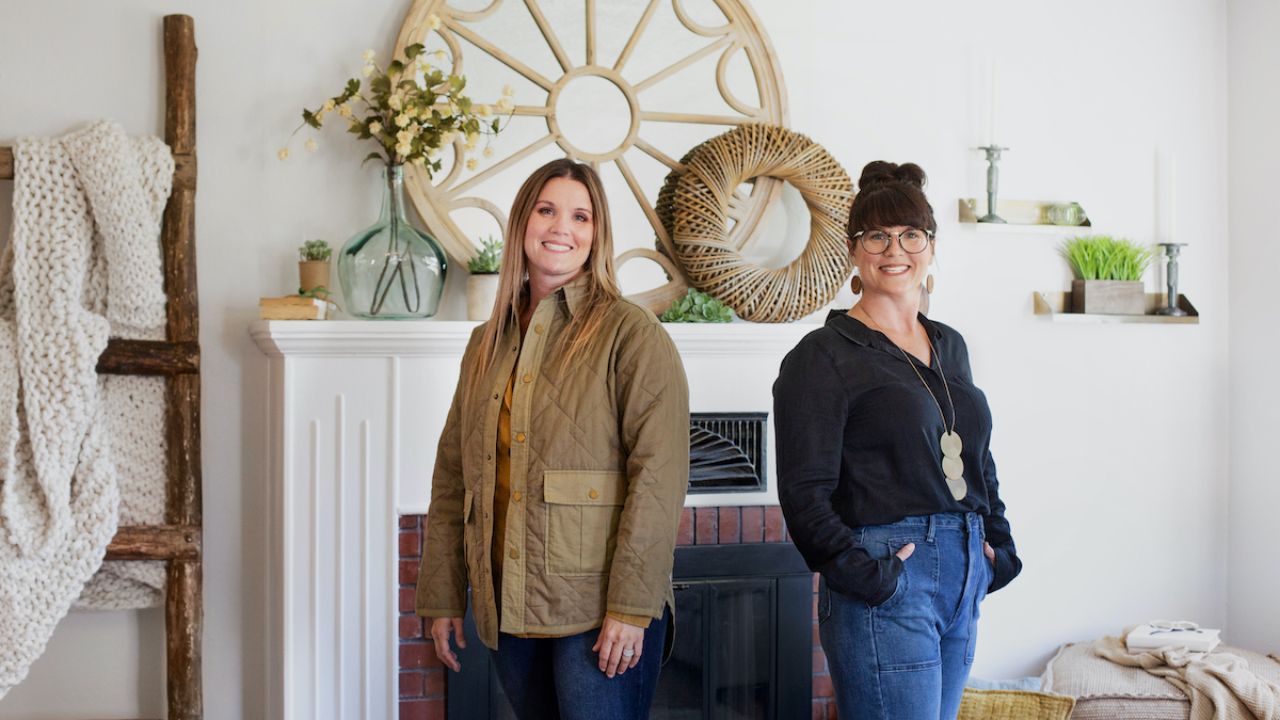 Unsellable Houses on HGTV is filmed in multiple states of Washington D.C, USA, especially in Snohomish, Mill Creek, and Edmonds. This includes Season 1, Season 2, and Season 3. Unsellable Houses’ twin stars immediately accepted for a show when offered by HGTV.

The first season of HGTV’s Unsellable Houses made its premiere on May 13, 2019, and the last episode of the second season aired on June 22, 2021.

High noon entertainment created this series, which was unquestionably a hit, garnering tremendous viewership and winning millions of hearts across the world.

Leslie and Lyndsay, talented twin sisters, have a novel idea for transforming and selling their client’s property. They plan the remodel and put up their own money to subcontract the necessary services.

When the renovation is finished, they stage the property themselves, and when it sells, they recoup their initial investment from the sale profits, while the seller divides the net profit with them!

Previously, we touched on the filming location of Simply Giada.

Where is Unsellable Houses Filmed?

The filming of Unsellable Houses on HGTV took place in the Pacific Northwest state of Washington. Mount Rainier, The Hoh Rainforest, Mount Saint Helens, North Cascades National Park, and Palouse Falls are just a few of the state’s enticing natural wonders that draw a great number of tourists. When it comes to the entertainment business, the city is a well-known filming location.

Snohomish was found in the nineteenth century and is located in Snohomish County. Since 1913, the community has hosted Kla Ha Ya Days, an annual celebration that draws large people to the little village.

The hosts were observed filming for Unsellable Houses while wearing protective masks and face shields, implying that the production adhered to COVID-safety standards.

Unsellable Houses returned to Washington in Season 2. This time, the main regions covered were Mill Creek and Edmonds. One of the season’s filming sites was Bellingham, Washington.

Because of its closeness to the North Cascades and the San Juan Islands, the city, which is located in Whatcom County, is a popular tourist destination. The second season of the show was aired on March 30, 2021.

The connections of twin sisters impact everything Leslie Davis and Lyndsay Lamb perform.  Aside from providing excellent advice to homeowners, the co-hosts of HGTV’s Unsellable Houses are entertaining to watch because their strong affection for one another shines through on television.

They both claim that they have a very strong bond. The ladies are known for mixing their personal and professional lives, and audiences learned more about that in season 2.

The sisters believe that their twin sensitivity strengthens their business collaboration. “We just can get a lot more done in the sense that we don’t have to talk through every single detail of everything we’re doing,” Lyndsay Lamb explained.

And when it comes to their home repair work on the program, the two have separate strengths that complement each other nicely. Their distinct formula for real estate success combines Lamb’s talents in house restoration, design, and staging with Leslie Davis’ strengths in finances and negotiating.

With their company Lamb Real Estate, the sisters earned a reputation for themselves in the Pacific Northwest region. Leslie and Lyndsay couldn’t say no when HGTV approached them about putting their marketing and sales skills on national television.

They are not just enthusiastic about their work, but they are also delighted to be a part of a program where not only the clients on the episodes benefit, but viewers at home may learn a lot as well.

The sisters explain that in Seattle, properties often go on the market and are sold within 30 days.  However, they are dealing with properties that have been on the market for up to 120 days.

Each house the sisters worked on took around four weeks to remodel and stage before going back on the market.