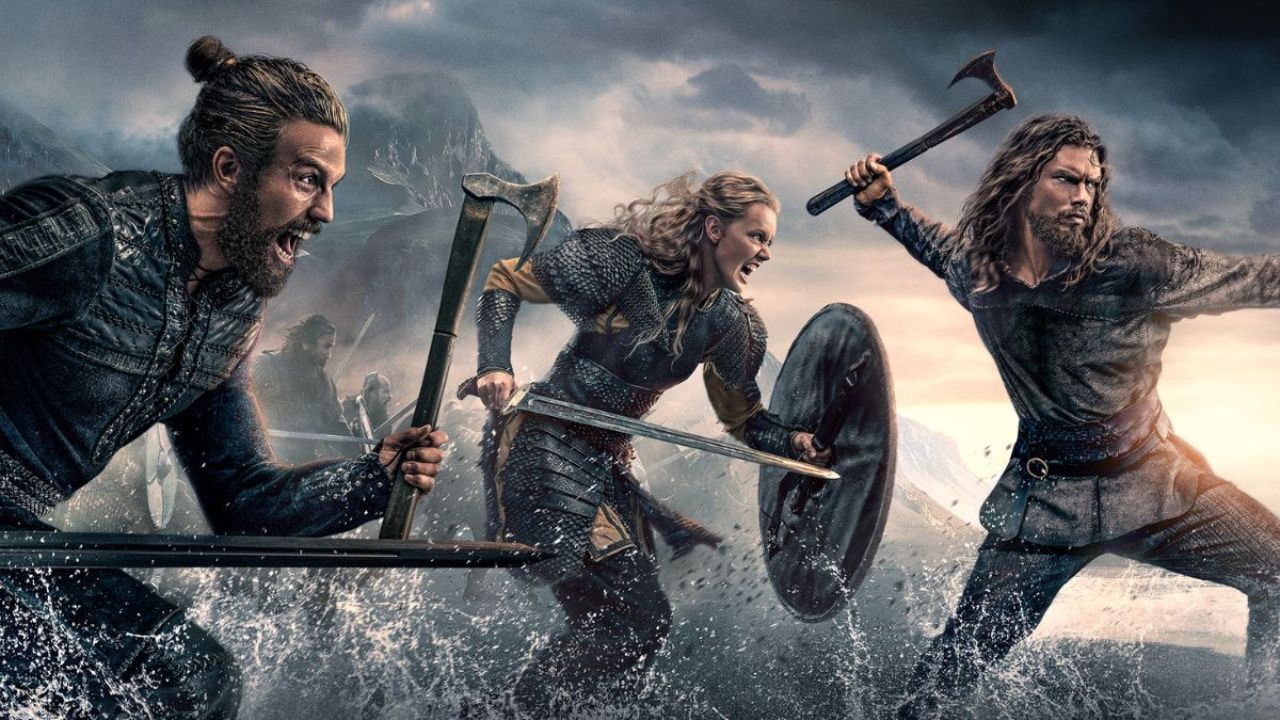 Vikings: Valhalla, like the earlier season of Vikings, was filmed in Ireland, specifically in Ashford Studios and Lough Tay of County Wicklow. Some parts were also filmed in Dublin. The shooting began in October 2020 and after some breaks mid-production, ended in November 2021.

More than two years have passed since Vikings ended after the Battle of Edington (Ethandun). Now, Netflix is back with its bloodthirsty spin-off Vikings: Valhalla, which is set after a hundred years of the events of the original series.

All of the eight episodes of the historical drama series were released on the streaming platform on February 25.

Vikings creator Michael Hirst has taken up the responsibility of the executive producer of the show along with Morgan O’Sullivan, Sherry Marsh, and Alan Gasmer. Jeb Stuart served as creator as well as producer of the series.

Previously, we touched on the filming location of Last Man Down and Severance.

Where was Vikings Valhalla Filmed? Ashford Studios and Lough Tay of County Wicklow in Ireland!

What happens after the bloody battle that saw the death of Ivar the boneless and King Harald? We know that Hvitserk takes up Christianity in exchange for his life, Ingrid becomes the ruler of Kattegat, and the remaining Vikings go to North America.

Vikings: Valhalla is the answer to that. It picks the events of Vikings up after a century and chronicles the beginning of a new age with new generations of Viking warriors where tensions between the Vikings and the English royals reach a breaking point and the Vikings themselves clash over their conflicting Christian and Pagan beliefs.

Just like the earlier seasons of Vikings, Vikings: Valhalla also was filmed entirely in the country of Ireland. Major portions of the show were photographed in and around County Wicklow and Dublin.

It is not surprising seeing that some portions of Vikings: Valhalla are set in Kattegat: the same place where several events of Vikings took place.

So, since the location settings are the same, the creators of the show decided to go with the same filming locations as well, which is why County Wicklow in Ireland was chosen to film the show.

The village of Kattegat was first built in Lough Tay after which it was moved to Ashford Studios, where the Kattegat settlement was recreated, both of which are in County Wicklow.

So, significant portions of the filming of Vikings: Valhalla was done at the Ashford Studios, which is located in the Ballyhenry neighborhood of a beautiful village of Ashford.

The shooting for several scenes was also carried out around Lough Tay or Guinness Lake – a picturesque lake in the Wicklow Mountains, and the Poulaphouca Reservoir, which is known as Blessington Lakes, in the western part of the county.

Also, near the village of Enniskerry at the Powerscourt Waterfall on the River Dargle – some scenes were shot.

The photography in County Wicklow was not just at Ashford, Lough Tay, or the River Dargle, but the show explored so many other places in the Irish County.

The other locations of the County the series features are the coastal town of Greystones, the Avoca Mines, and sites along the Wicklow Coast between Black Castle and Brittas Bay.

The scenic vistas of County Wicklow which is studded with rivers, mountains, and glacial lakes, due to which it is called ‘Hollywood of Europe’ were fully exploited.

Dublin, the capital city of Ireland,  which lies in the province of Leinster at the mouth of the River Liffey, also served as one of the filming sites of the show.

Jeb Stuart – creator of the show found filming in Ireland to be a source of joy. What he loved about shooting in this country were the phenomenal shots that are sort of unique to this place which one can’t get in many places around the world.

Principal photography for Season 1 of Vikings: Valhalla began in October 2020. After some of the cast and crew members tested positive for coronavirus, the shooting had to be temporarily halted for a few days. But it turned out to be a false alarm, so shooting picked off soon.

The production reportedly took a short break and then resumed shooting in May 2021. The shooting for this season was most likely finished in November 2021.