Where was Easy Rider Filmed? Take a Look at Entire Filming Locations! 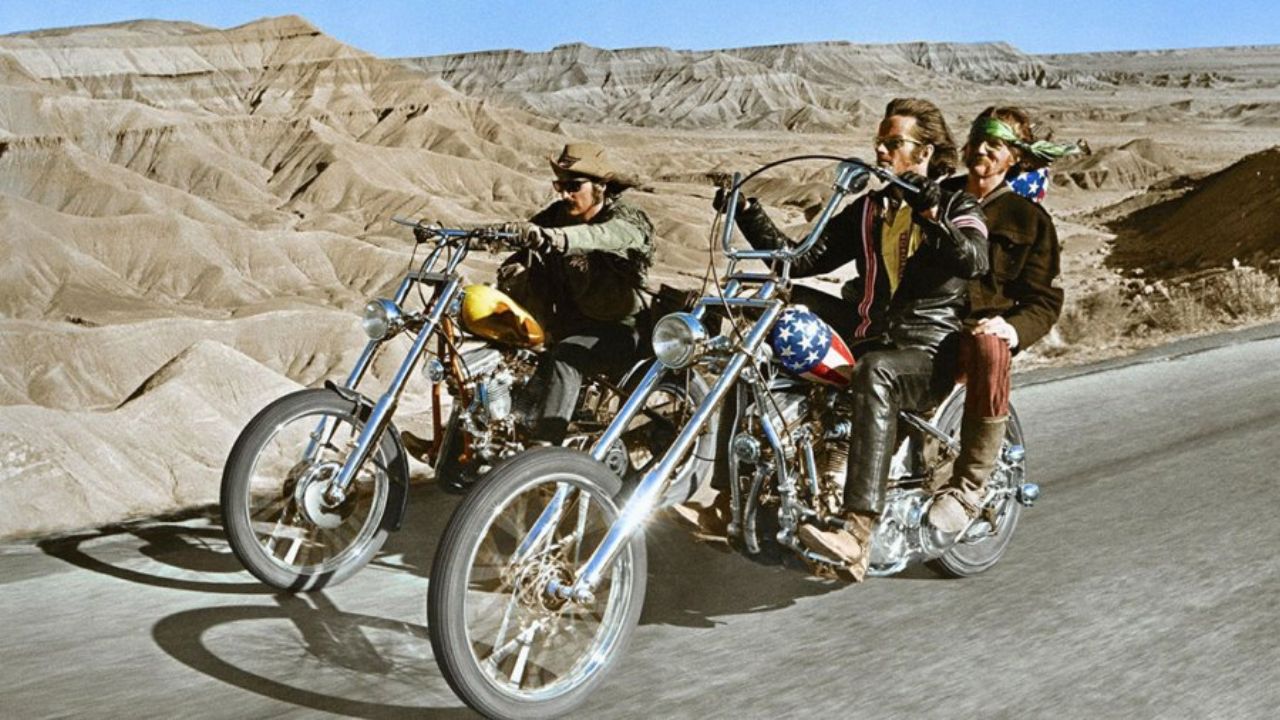 Easy Rider was filmed in Las Vegas, Los Angeles, and Louisiana. Filming also took place in New Mexico and Malibu, California. Wupatki National Monument and St. Louis Cemetery No. 1 were among the filming locations. Easy Rider just ends outside Krotz Springs. Some fans wonder about filming locations then and now in New Orleans and New Mexico, including the opening scene and last scene. In addition, many are curious about the route map, bikes, and the final scene.

Easy Rider is a 1969 American independent road drama film that follows the two bikers, Wyatt (Peter Fonda) and Billy (Dennis Hopper), as they travel through the American Southwest and South.

The landmark counterculture film that helped spark the New Hollywood era of filmmaking during the early 1970s was written by Fonda, Hopper, and Terry Southern, produced by Fonda, and directed by Hopper.

In 1998, the film was selected for preservation by the Library of Congress for being culturally, historically, or aesthetically significant.

As the characters ride with the proceeds from a cocaine deal from Mexico to LA and then travel for the Mardi Gras festival to Louisiana, Easy Rider is photographed in different locations in different cities.

Previously, we touched on the filming locations of The Royal Treatment and Places in the Heart.

Where was Easy Rider Filmed?

Easy Rider, being a road adventure drama, follows the journey of the two protagonists Billy and Wyatt ride from Mexico to Los Angeles and then to New Orleans. The movie has been filmed in multiple locations.

The movie opens with Billy and Wyatt getting drugs in Mexico, which was shot at La Contenta in New Mexico. After buying the drugs, they head over to Los Angeles, where they sell smuggle and ride for New Orleans in time for the Mardi Gras festival.

The drug sell-on was photographed at Los Angeles International Airport (LAX), but from there on the movie was filmed on the hoof across the American southwest.

The cross-country journey proper follows old Route 66, beginning in LA. Route 66 today is displaced by modern highways. They ride south from Park Moabi Road to I-40, south of Needles on the California/Arizona border. Just to the east on I-40, they cross the Colorado River into Arizona.

The motel on Easy Rider, where the bikers are refused service, was the Pine Breeze Motel at Bellemont, about 12 miles west of Flagstaff, Arizona. They pick up a hitchhiker at Sunset Crater Volcano National Monument and camp with him for the night in the ruins of the Wupatki Pueblo.

The scene where the hitchhiker is dropped off at the hippie commune was recreated in Malibu, California to protect the privacy of those communes.

Then they tag along behind a marching band. The parade was filmed in Las Vegas, the tiny frontier town in New Mexico. For parading without a permit, they are locked up in jail, the exterior of which can be seen in Las Vegas.

With a lawyer they befriended in the prison on Easy Rider, they continue their journey in Louisiana, on Hendrix and the Long-Allen Bridge, carrying Brashear Avenue (the old LA 182) over the Atchafalaya River from Berwick to Morgan City.

They pass the old post office on the north side of East Main Street, Garden City, opposite Oak Street; and ride down West Main Street, Franklin, between Commercial and Jackson Streets.

They make a stop in Louisiana in the town of Morganza, by the Mississippi, about 30 miles northwest of state capital Baton Rouge, after which they continue on without their new friend, who gets killed.

Continuing onto New Orleans, they are seen popping the LSD the hitchhiker gave them in a cemetery, which is the city’s oldest cemetery St Louis Cemetery No.1, 1300 Saint Louis Street at Basin Street, west of the French Quarter.

The next morning, they are overtaken on a two-lane country road by two local men in an older pickup truck, which ends with Billy having a low-side crash and Wyatt being knocked out of his motorcycle, in Louisiana Highway 105 North, just outside Krotz Springs.

What Bikes are Used in Easy Rider?

Though Easy Rider is popular for the Harley-Davidson Choppers, the characters are actually riding European-made dirt bikes at the beginning of the movie. Wyatt is on a red Bultaco Pursang and Billy on Norton P11 Ranger. They go through two dirt bikes and four former police bikes in total.

The main motorcycles were designed and built by two chopper builders Cliff Vaughs and Ben Hardy, executing the ideas of Peter Fonda. Throughout filming, they were handled by Tex Hall and Dan Haggerty.

Each bike had a backup to ensure that filming would not be disrupted in case one of the old machines failed or got wrecked accidentally.

You can watch Easy Rider on Netflix.