Where was Electra Glide in Blue Filmed? Movie Locations Detailed! 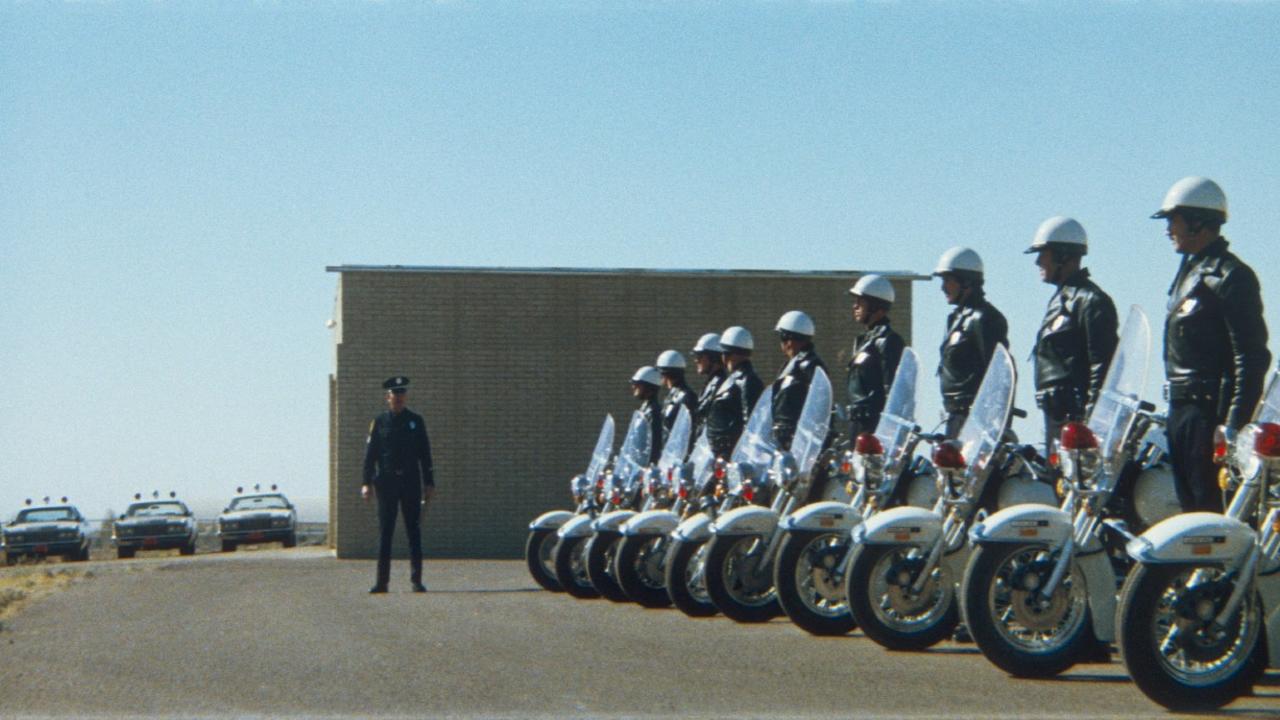 Electra Glide in Blue was filmed on beautiful highways of Arizona around Phoenix and Carefree, to the north.

Electra Glide in Blue is a 1973 American action film starring Robert Blake and Billy Bush as a motorcycle cop in Arizona. James William Guercio produced and directed the picture, which is titled after the Harley-Davidson Electra Glide motorcycle that traffic cops are issued.

John Wintergreen (Robert Blake), a short-statured police officer assigned to patrol the Arizona desert by motorbike, aspires to rise above his rookie status and join the murder department.

When Wintergreen gets a break and is offered the chance to take on a murder investigation, he leaps at it. Meanwhile, many of his colleagues become disillusioned with the way they harass hippies, and this constant struggle has a significant impact on Wintergreen’s life.

Previously, we touched on the filming locations of Home Team and Journey of My Heart.

Electra Glide in Blue was filmed mostly guerilla-style, without permissions, on Arizona highways around Phoenix and Carefree, to the north.

Harold’s Cave Creek Corral, 6895 East Cave Creek Road, was used to film the bar scene after the cops interrogated the hippies in the van. The ice cream truck on Shea Boulevard Scenic Overlook, Fountain Hills, east of Scottsdale, is where John tries to chat up the two females.

Zipper (Billy Green Bush) plants dope on a hippy a few miles east of Salt River on North Bush Highway. The bike chase was a late addition to the film, shot at Victorville in the Mojave Desert, California, months after it was completed.

The iconic last shot, with Monument Valley‘s buttes and mesas on the horizon, was captured on US163 Scenic, about 20 miles north of Kayenta.

When Crazy Willie informs Wintergreen of an apparent suicide-by-shotgun, he misinterprets the case as a murder since the victim shot himself in the chest rather than the head, as is more common.

After finding a.22 bullets among the pellets in the man’s chest during the autopsy, as well as hearing about a possible missing $5,000 (that time) from the man’s home, Detective Harve Poole agrees it is a homicide and arranges for Wintergreen to be transferred to homicide to assist with the case.

Wintergreen then receives his wish on Electra Glide in Blue, but his happiness is fleeting. He begins to sympathize with the hippies who are constantly harassed by the other officers, notably Detective Poole.

Poole realizes that Wintergreen has been sleeping with his girlfriend, Jolene, and this is the final straw. He was swiftly relegated back to traffic enforcement due to harsh workplace politics.

Wintergreen is able to solve the murder despite being demoted. Willie, the assailant, confesses when Wintergreen prods him into doing so. Willie, according to Wintergreen, did it because he was envious of the old guy he killed, who routinely invited young people around to acquire narcotics.

Zipper is soon discovered to have stolen $5,000 and used it to purchase a completely outfitted Electra Glide motorcycle. After becoming disturbed and violent, Wintergreen is forced to shoot Zipper, who brandishes a gun and shoots at Wintergreen and two innocent bystanders.

Wintergreen, now alone and back on his old beat, comes into a hippie who Zipper had been bothering unnecessarily at a prior stop. Recognizing him, Wintergreen gives him a warning, but the hippie forgets his driver’s license, which Wintergreen returns to him by driving up behind his van.

Wintergreen is killed when the hippie’s passenger pulls a shotgun from the back window and shoots him.

You can stream Electra Glide in Blue on Amazon Prime.