Where was Love and Sunshine Filmed? Hallmark Movie Filming Location! 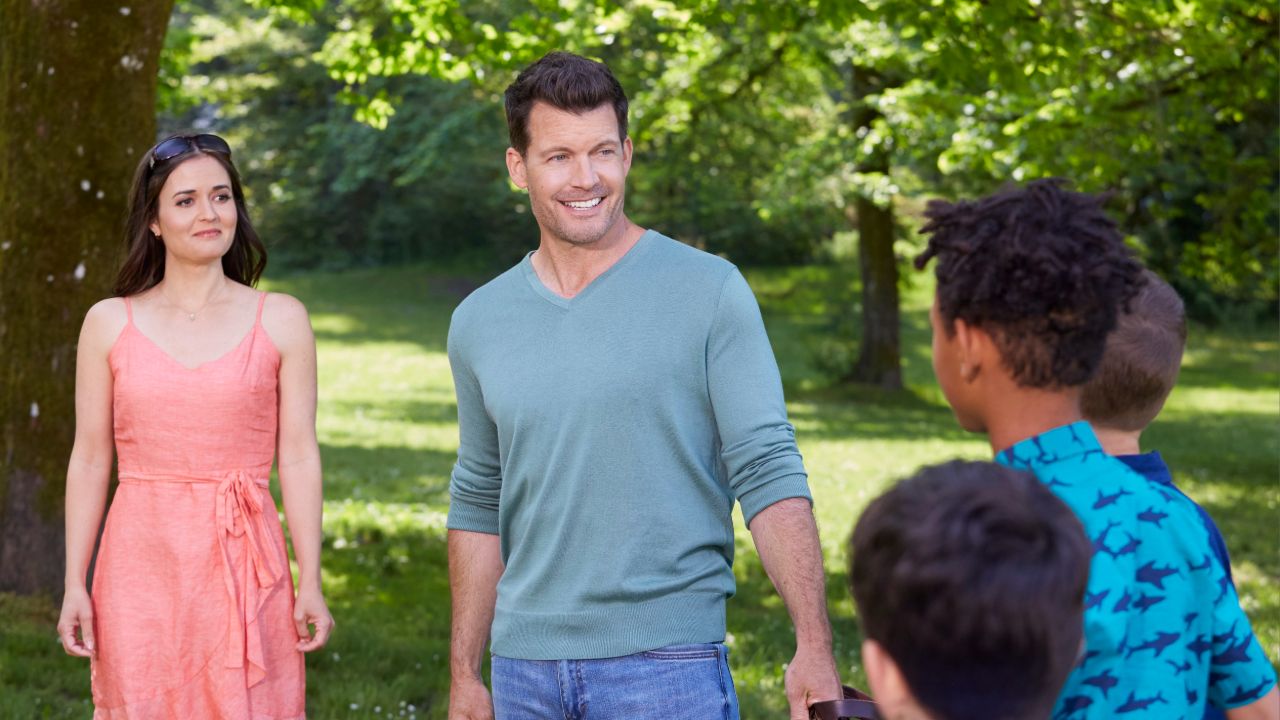 Love and Sunshine was filmed on Vancouver Island of Canada. Some parts of the Hallmark movie were also shot in the filming location of Beaver Lake and Victoria International Airport of Victoria, British Columbia. Filming was carried out from 22 May 2019 to 9 June 2019.

Love and Sunshine is a Hallmark movie directed by Ellie Kanner. The movie is about Ally Craig, who is recovering from a broken engagement by fostering a retired military dog, who is later claimed by its military partner Jake.

Previously, we touched on the filming locations of The Woman in the House and It Was Always You.

It is a very well-known fact about the silver screen world that the hallmark of the Hallmark Channel is cute, charming, and heart-warming movies and the breathtakingly beautiful backdrop that they are set in.

Even if love stories are not your thing, the Hallmark movies can be watched purely for the visual treat for your eyes because the aesthetic of the picturesque sights is absolutely gorgeous.

If you have never been to Canada and want to see for yourself what Canada’s like (or parts of it), turn on Hallmark. Love and Sunshine was also filmed in, you guessed it, Canada.

The Sunshine in the title of the movie refers to a foster dog by the way and has nothing to do with the general weather conditions of Canada in winter.

Principal photography of the movie was done in Vancouver Island of Canada. The scenic vistas of the location grace the film screen. Ellie Kanner, the director of Love and Sunshine, is quite happy to have found those amazing locations.

The love story was filmed in several spots in Victoria, British Columbia. The place the makers of the movie used to shoot in are Beaver Lake and Victoria International Airport.

Love and Sunshine is a simply beautiful story of a florist Ally who recently called off her engagement falling for the military partner of the retired military dog she is fostering.

The heartbroken and kind Ally is played by Danica McKeller and the military man Jake is portrayed by Mark Deklin.

Danica McKeller fell in love with Love and Sunshine at the first reading of the script.

She told in an interview that even though she loved those movies in which the story begins with the clash of the leads, and later on, gradually begins to fall for each other, what she liked about this movie was that this begins with a very warm and cordial relationship between the leads.

The story touched her heart and made her so emotional that she cried five times reading it.

Love and Sunshine is not her first Hallmark movie. In fact, she has appeared in several Hallmark movies some of which are Crown for Christmas, Wedding Bells, Campfire Kiss, Love in Design, and My Christmas Dream.

Mark Deklin first associated himself with the Hallmark Channel in 2010 with The Wish List. Even though he was a bit reticent to switch to doing light-hearted happy endings love stories from heavy dramas and broad comedies, he found it to be a fantastic fit for him.

However, after The Wish List, he didn’t do another Hallmark movie for seven years. In 2017, he returned to the channel with Switched for Christmas opposite Candace Cameron Bure. He also did  Christmas in Evergreen the same year. In 2018, he starred opposite Jill Wagner in Letters to Santa.

For an actor who likes to challenge himself, after doing a few holiday Hallmark movies, Mark was overjoyed at diving into the non-holiday role of Jake and appreciated the responsibility of playing a military man and representing that story.

The actor shared that there was a consultant on the set who he would ask questions about the military thing to get it right. Mark made sure that the way he portrayed an army would be accurate and liked by the military personnel.

Sunshine and Other Cast Members of Love and Sunshine