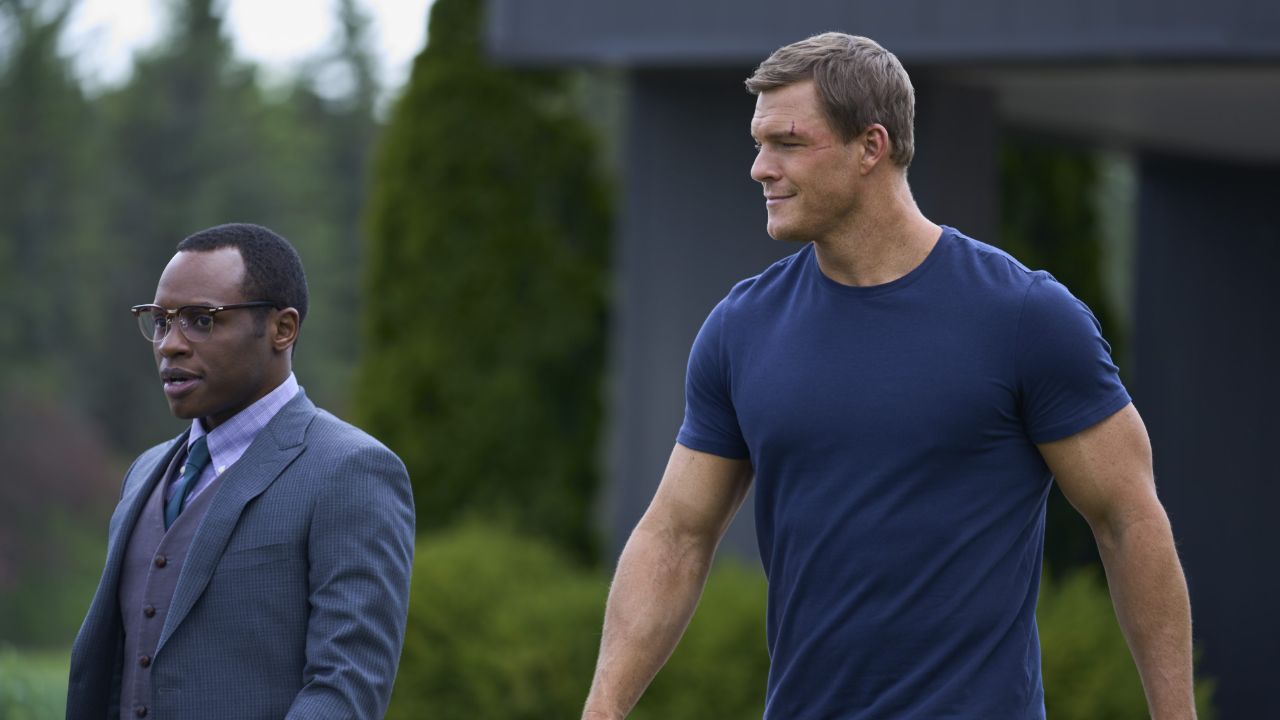 Reacher was mostly filmed in Toronto, Ontario in Canada although it was set in Georgia in a fictional town called Margrave. Reacher was filmed from April 15, 2021, to July 31, 2021. Reacher is available for streaming on Amazon Prime Video. Fans wonder what city Jack Reacher TV series takes place in, with some speculating it was filmed in New Orleans. Viewers seek filming locations and the Margrave, Georgia map.

We all know Jack Reacher, one of our most beloved heroes from the popular thriller novels written by Lee Child. Several movies based on those novels and Jack Reacher has been made.

Another such attempt to translate the character onscreen was done recently, which is the latest crime thriller series Reacher.

All eight episodes were available for streaming on Amazon Prime Video from February 4, 2022.

Based on the debut novel of Lee, Killing Floor, Reacher Season 1 was developed for the screen by Nick Santora.

The crime thriller series revolves around a former US military policeman Jack Reacher who gets wrongfully indicted in a criminal conspiracy.

Previously, we touched on the filming location of Love and Sunshine and The Woman in the House.

The principal photography of Reacher was carried out in Ontario, Canada, far from Georgia where it is actually set.

The protagonist Jack Reacher reaches Margrave, the fictional rural Georgia town, and walks into a diner, which was shot in a diner called The Lakeview Restaurant located at 1132 Dundas Street West in Toronto.

Some portion of filming was also done in Maple Leaf Motel which is located at 4540 Kingston Road in Scarborough.

The filming crew of the series was also spotted shooting for the show in Yonge Street and Adelaide Street. They shot in an alley Ching Lane.

Jack is arrested from the diner and he is locked up in a local Warburton prison, which was filmed in a former maximum-security prison Kingston Penitentiary situated at 560 King Street West in Kingston. The former prison is now a museum about the history of the prison.

One other location where an extensive amount of filming was done, is Port Perry. More specifically, the shooting crew shot in the Piano Inn and Cafe located at 217 Queen Street in downtown Port Perry, which was transformed into JJ’s Ale House.

The cafe was used as a backdrop for several crucial scenes as it reflected the rurality of the town that the creators of the show were going for.

The series also features some places of the city of Cambridge which is in the Regional Municipality of Waterloo in Southern Ontario.

A one-day shoot was held to film for some sequences in Blackbridge Road in Hespeler. Since they did the shooting at nighttime, they enlisted help from the Waterloo Regional Police Service to ensure the safety of the public. Some scenes were shot in Pickering, a prosperous town located just east of Toronto in Southern Ontario.

Overview of the Plot of Reacher Season 1

A retired Major Jack Reacher gets off a Greyhound bus in Margrave, Georgia, and heads to a diner for a bite. But before he gets to eat anything, the unsuspecting ex-army is arrested from the diner for a murder that happened the previous night, which he is completely clueless about, and sent to a local prison.

He is released after some investigation but not before an attempt at his life was made by some prisoners. Later on, Jack identifies the person who he was suspected of murdering as his own brother Joe Reacher.

After that, Jack decides to himself that he will be staying in town to avenge his brother’s murder. Meanwhile, another murder takes place and the body count keeps on going up.

So, chief detective Oscar Finlay and officer Roscoe Conklin team up with Jack for the investigation behind those murders.

Trending
Natalie Noel’s Weight Loss: How Much Does the Sports Illustrated Model Weigh Now? Check Out Her Diet and Workout Routine!
Trending
Kamilla Kowal’s Weight Loss: Does The Bonnie McMurray from Letterkenny Have an Eating Disorder?
Trending
Kamilla Kowal’s Plastic Surgery: Has The Bonnie McMurray Actress from Letterkenny Had Lip Fillers and a Nose Job?
Trending
Virginia Willis’ Weight Loss: The Chef Lost 65 Pounds in Two Years!
Trending
Carly Simon’s Plastic Surgery: What Does She Look Like Now?
House&Whips
About UsPrivacy PolicyTerms of UseDMCAContact
House&Whips is a leading media and entertainment source as a fast-growing information hub. For promotion or advertisement, please mail us at [email protected]