Where was The Royal Treatment Filmed? Lavania Movie Location Explored! 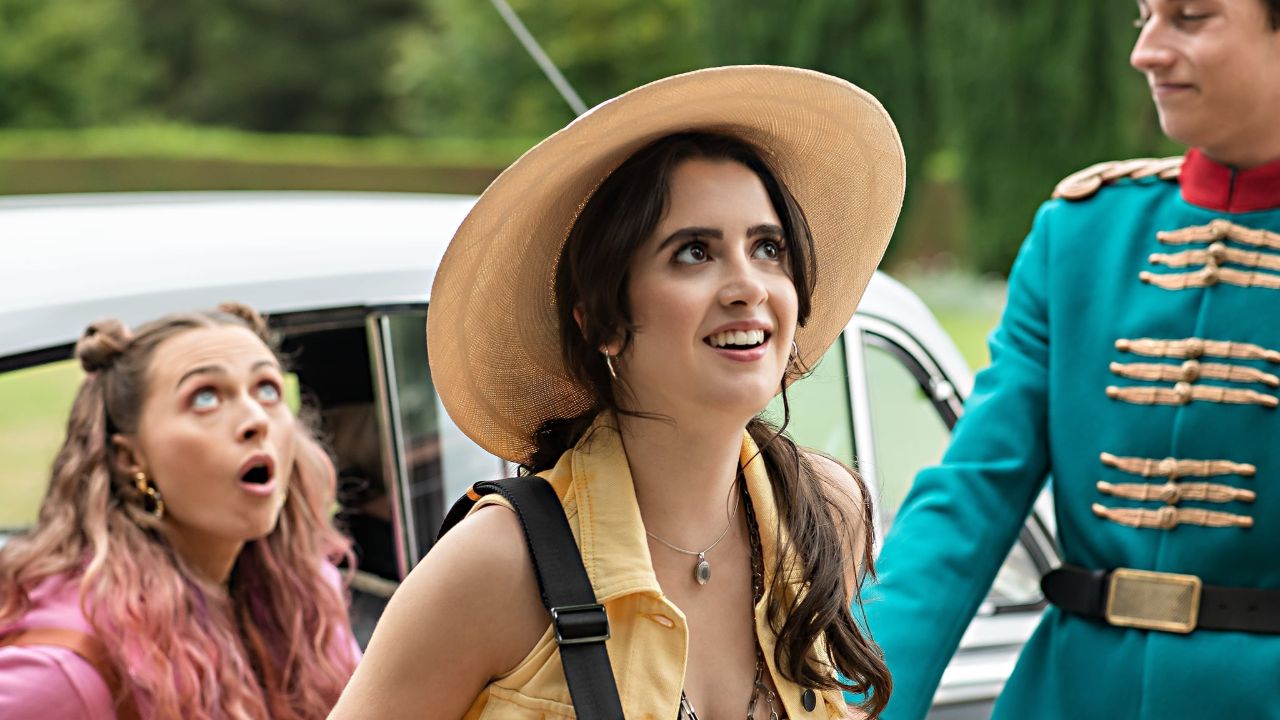 The Royal Treatment was filmed in the beautiful city of New Zealand, Dunedin. Larnach Castle was defined as Lavania, the royal family’s castle in the Netflix movie, which is located in the Otago Peninsula region. Grab details of the entire filming locations of The Royal Treatment on Netflix.

The Royal Treatment is a 2022 American romantic comedy film directed by Rick Jacobson and starring Laura Marano as Manhattan hairdresser Izzy, who is hired to work at Prince Thomas‘ wedding, played by co-star Mena Massoud. Netflix released the rom-com on January 20, 2022.

Netflix‘s royal cinematic universe is growing with the release of The Royal Treatment, a modern-day fairytale set outside of the festive season. Thomas, Prince of Lavania who is destined to shake up his staid realm, and Izzy, the fiery American hairdresser are presented to the audience.

The Princess Switch and A Christmas Prince have a lot in common with The Royal Treatment. Izzy jumps at the chance to be the prince’s wedding hairdresser, but things quickly become problematic when he and Izzy fall in love.

Previously, we discussed the filming location of Places in the Heart and Gunga Din.

Where was The Royal Treatment Filmed? Is Lavania a Real Place?

Dunedin, New Zealand was the major location where The Royal Treatment got filmed. Because the project required a castle, the city, which is located in the Otago Peninsula region, supplied the filmmakers with the appropriate location for filming.

The group landed at Larnach Castle, a popular tourist destination designed by Robert Arthur Lawson. It also boasts lovely gardens that made the cut, creating the impression of a character completely absorbed in her royal surroundings.

The interior sequences were shot at Olveston Historic Home, located at 42 Royal Terrace in Northern Dunedin, while the exteriors help to create the impression that characters are touring enormous castle estates.

Audiences who adore the look and feel of the fictional town of Lavania (the royal family’s castle in the movie), will be ecstatic to learn that it is open to visitors from all over the world. In the film, the Victorian Precinct on Harbor Street on Oamaru’s South Hill, as well as Vogel Street and Princes Street, were included.

The story of The Royal Treatment was set in two locations: New York City and Lavania, an imagined country. However, because of COVID, the crew did not film in New York City. Vogel Street, on the other hand, was designed like a New York City suburb.

No, Lavania is not a real country. The location was made up for the film, just like Genovia from The Princess Diaries, which is mentioned in the movie. The Royal Treatment claims that Lavania is east of Aldovia, another fictitious location used in Netflix’s A Christmas Prince.

Izzy‘s family owned a salon, but the building’s electrical wiring was in a poor situation. As a result, the salon caught fire, and Izzy was forced to compensate Doug for his losses.

When Izzy had to pay for the damage with the money she had saved to explore the world, everyone in the salon became emotional. Meanwhile, the Prince of Lavania was in New York for a meeting and needed a haircut.

His assistant, Walter, made the mistake of calling Isabelle’s salon instead of another luxurious salon with a similar name. Izzy agreed to give a $500 haircut, and her family was delighted about the new opportunity.

Izzy demonstrated her royal politeness knowledge after meeting the Prince. When a housekeeper dropped a teacup by accident, she began clipping his hair. The ill-treatment of the housekeeper upset Izzy, and she departed the hotel without finishing her haircut.

When the housekeeper was insulted, she believed the Prince should have interfered. Prince Thomas paid her a visit at the salon as she was complaining to her coworkers about her royal client.

He apologized to Izzy for the previous incident and wished her luck with her haircut. When she joins the Prince to the metro, the two start having a giggle.

The Royal Treatment is currently streaming on Netflix.