Where was The Tender Bar Filmed? Amazon Prime Movie Takes Place in Massachusetts! 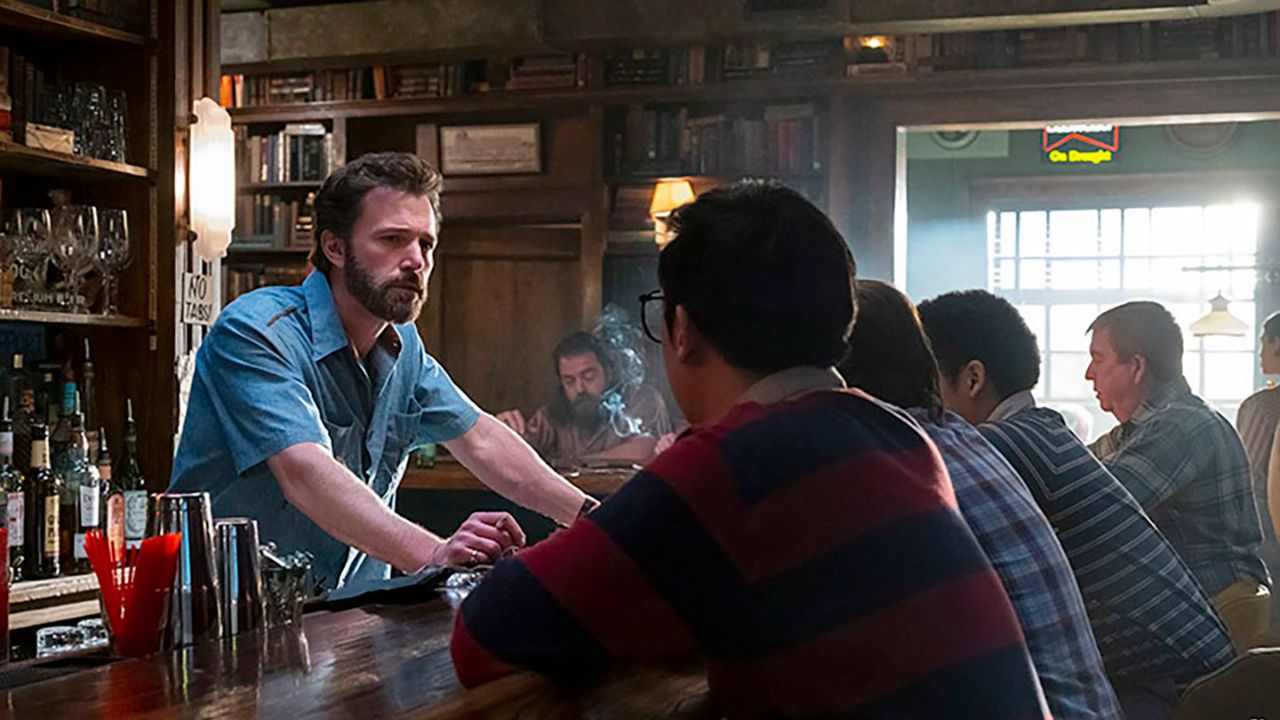 The Tender Bar was filmed in Worcester County and Greater Boston, Massachusetts. Fans want to learn more about Yale University, Manhasset, NY, The Dickens Bar, Beverly, MA, and Wakefield Bowladrome. Find out all the filming locations The Tender Bar takes place in.

It chronicles J.R., whose father abandoned him soon after his delivery. Naturally, J.R. attempts at filling the void, so he sets out to locate a substitute for his father among the customers of his uncle’s titular pub.

Critics gave The Tender Bar mixed reactions, but Ben Affleck‘s honest performance did not get overlooked. The drama takes place in the gorgeous Long Island suburb of New York, with the namesake tavern playing a significant part. If you’re curious about where the film was shot, we’ll take you there.

Previously, we touched on filming locations of Joe Millionaire and The Wedding Veil.

The Tender Bar Filming Locations: Where Does the Amazon Prime Movie Take Place?

The Tender Bar was shot entirely in the United States, particularly mostly around Massachusetts. Principal photography began on February 22, 2021, and was completed by April 14, 2021.

Even though the movie is set in New York, the majority of the sequences were shot in and around Massachusetts for convenience purposes.

Despite the fact that they did take care to eliminate relevant location indicators, some photos have a distinct Massachusetts flavor. Let us now transport you to the particular areas where the film The Tender Bar was shot!

The Tender Bar was Filmed in Worcester County, Massachusetts

The actors and crew of The Tender Bar spent a lot of time filming mostly around Massachusetts, a heavily inhabited state on the East Coast’s New England area. The majority of the shooting took place in the state’s eastern parts, in towns like Worcester and Fitchburg.

A sequence was shot at Worcester’s Old Commerce High School on Walnut Street. To enable filming, a section of the school was transformed into the lobby of The New York Times headquarters.

The squad also went to Fitchburg, which is situated in Worcester County’s northern section. They shot an extensive scenario on Maverick Street in Fitchburg, on the eastern side of the North Nashua River.

Furthermore, the crew used the New England Studio in Devens as a production base. Some sequences were shot on the studio’s massive 18,000-square-foot movie sets.

The team also filmed around the Greater Boston area, specifically all across Wakefield, Lynn, Beverly, Lowell, and Watertown. The Wakefield Bowladrome, located at 92 Water Street in Wakefield, was used for an important scene.

Clooney met a lot of admirers on set, as the homeowners were mostly taken aback by the fact that two Hollywood A-listers were shooting in their backyard. Despite having a tight schedule, Clooney made time to show his appreciation to followers. Furthermore, “The Dickens,” the imaginary pub where the majority of the plot unfolds, is not located on Long Island.

Some scenes from The Tender Bar were shot in Boston, where the company took over the historic Harvard Club. Despite being a private social club on 374 Commonwealth Avenue in the city, the facility served as a backdrop for a Yale graduation picture.

A few sequences were also filmed at Middlesex County’s Cambridge. Cambridge, located across the Charles River, is home to prestigious academic establishments such as Harvard University and the Massachusetts Institute of Technology.