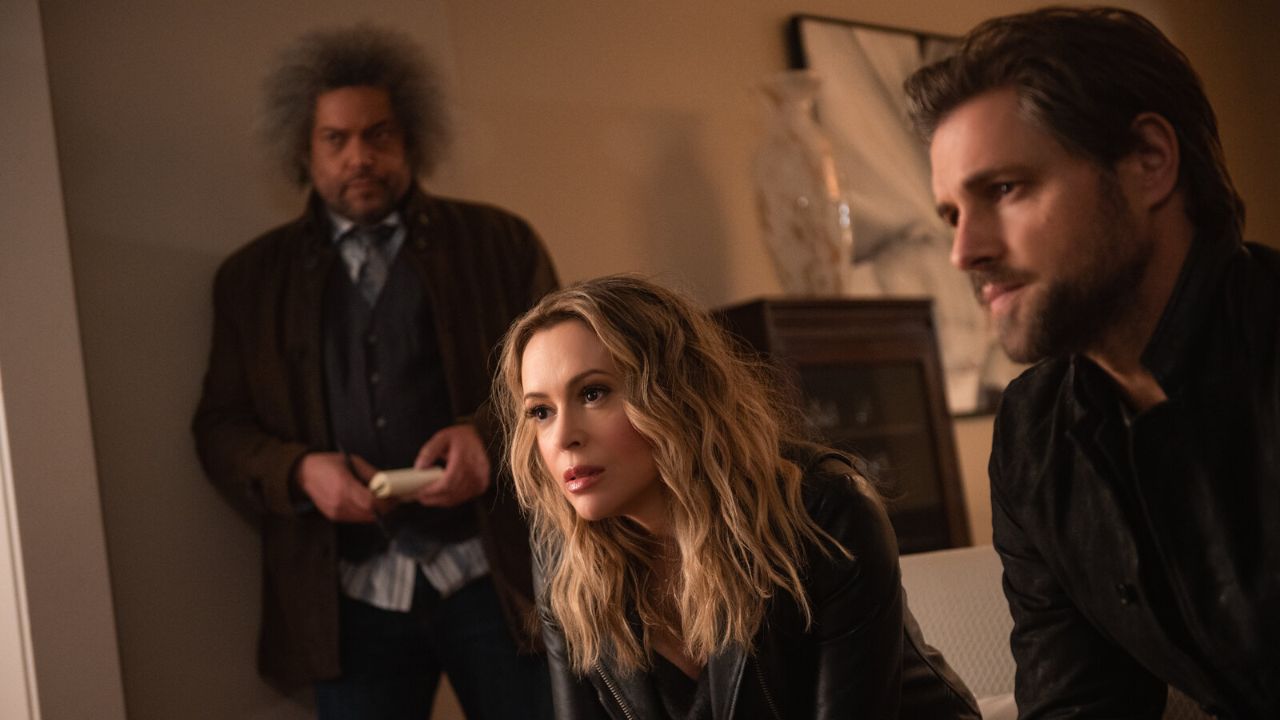 Brazen, the new film on Netflix, is centered on Nora Roberts’ book Brazen Virtue, which is a crime thriller that highlights the perils that sex workers confront on the job. And, like with any gripping storyline, the movie – filmed in Vancouver – keeps the audience wondering until the very finish.

Grace, an acclaimed fiction writer & self-proclaimed crime specialist, is played by Alyssa Milano in Brazen. Kathleen (Emilie Ullerup), her alienated sister, is a high school English professor who doubles up as a webcam model named “Desiree” for additional money.

When Kathleen is killed while camming in her own house, Grace utilizes her crime-writing abilities to help crack the mystery, much to the chagrin of Detective Ed Jennings (Sam Page), who cautions her that art is nothing like reality.

Grace defies his objections and pursues her research into her sister’s mysterious death, discovering more about Kathleen’s mysteries — and being entangled in competing inquiries — along the way.

The “whodunnit” question pervades the picture, as it does in any crime drama. Is the assailant somebody Kathleen is familiar with or a stranger? And what motivated them to do it? Here’s an interpretation for Brazen’s finale, as well as some perspective into the killer’s motivation.

Brazen: Jerald is Revealed to be the Killer Who Killed Kathleen!

Grace soon realizes on Brazen that other webcam entertainers are also being targeted — and the killer refers to his victims as “Desiree.”

Grace tries to bait him into a snare by getting dressed up and showing cams as Desiree, assuming he’ll see her onscreen and go to Kathleen’s home to locate her.

In the meantime, two of Kathleen’s ex-students, Randy (Daniel Diemer), a troublesome kid, and Jerald (Matthew Aaron Finlan), a stellar student, are questioned by detectives.

When signs point to Randy, he is instantly named as the prime suspect, but he asserts his innocence. Randy approaches Jerald in a dressing room after the wrestling session, claiming he was entrapped and accusing Jerald of being fixated with Kathleen.

Jerald then attacks Randy, revealing himself as the murderer in the process. It’s implied that his romantic affection for his old teacher had a role in his motivation.

The Killer Jerald Has Mommy Issues on Brazen

Now that authorities have sufficient evidence to examine Jerald, they cancel Grace’s scheme to draw the killer into a trap. Grace, on the other hand, refuses to obey their instructions and awaits him to arrive at Kathleen’s house.

She lures Jerald into admitting to his misdeeds on video when he enters. Jerald then attempts to murder Grace, but Detective Ed makes his entry just in time and guns him dead.

Jerald’s passion for Kathleen/Desiree is founded in his mommy issues, as Grace points out immediately prior to their ultimate clash. His mother, a Missouri legislator headquartered in Washington, D.C., is harsh and chilly to him.

Grace says he adored Kathleen since she represented everything his mother isn’t as she was kind and caring.

This triggered his rage, prompting him to break into Kathleen’s home while she was camming and murder her.

Brazen is streaming on Netflix.