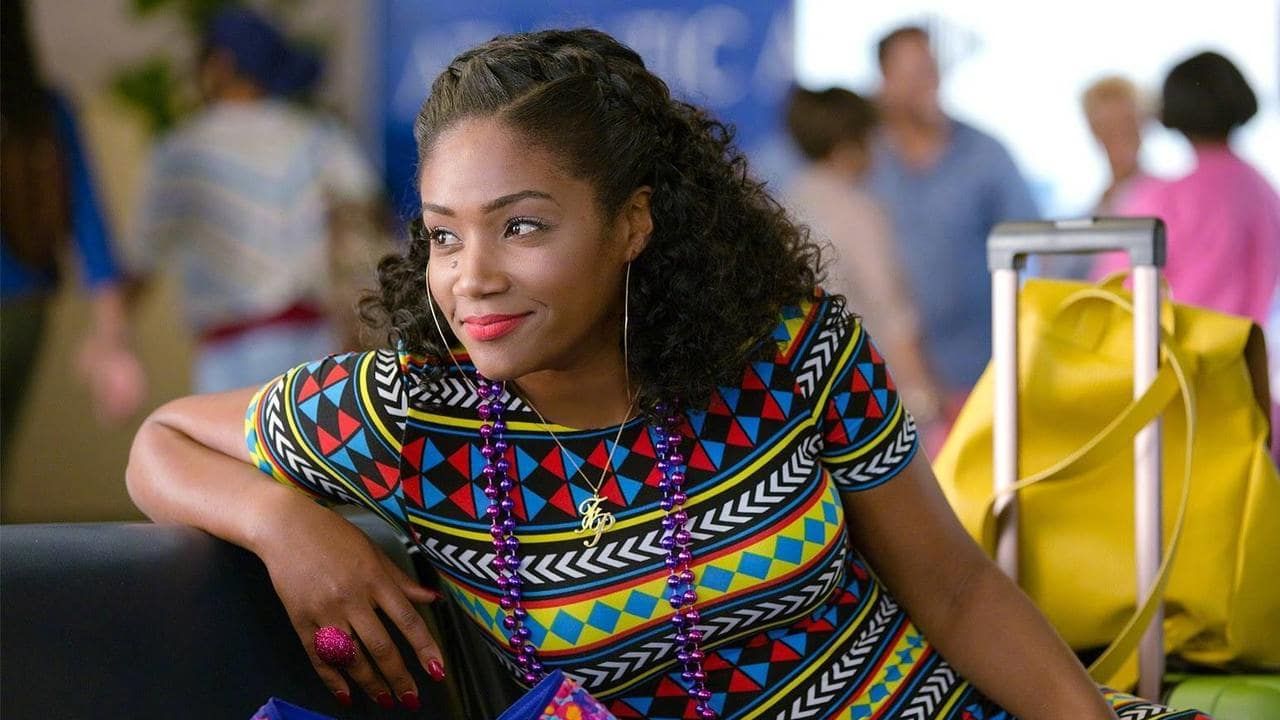 Tiffany Haddish seems to have started the new year 2022 in Eritrea as it appears from the photos she posted to Instagram. She is seen celebrating and being celebrated there. And now her fans want to know why she went to Eritrea and why people there are celebrating her?

Tiffany Haddish is a massively successful comedian, actress, and author. She is universally loved for her performance as a loud happy-go-lucky Dina in the comedy film Girls Trip that was released in 2017.

She was honored with a Primetime Emmy Award for the time she hosted an episode of Saturday Night Live in the same year. She also published a memoir The Last Black Unicorn. In 2021, she was awarded a Grammy for Best Comedy Album for her comedy album Black Mitzvah.

The widely famous American comedian is recently not in America. She has been sharing about her time in Eritrea on her Instagram handle. So, naturally, people are wondering why their favorite comedian is in Eritrea.

Previously, we touched on Vicky and Her Mystery's influence and Lucas Higdon's weight loss journey.

The America-based comedian's roots go back to Eritrea. Her father Tsihaye Reda Haddish was a refugee from Eritrea. Though Tiffany Haddish was born in the USA and had never been to Eritrea, she was taught to be proud of her heritage.

She honored her Eritrean ancestry by donning traditional Eritrean garb when she attended the 2018 Oscars. Tiffany told that her father had instilled in her to take pride in her roots. She also shared that her late father had told her to honor Eritreans if she ever ended up in the Oscars.

The Emmy-winning comedian first stepped into her home country in 2018 after her father passed away and she had to bury him where he came from. She also reunited with her family in Eritrea.

On May 22, 2019, she was granted Eritrean citizenship making her a naturalized citizen of Eritrea. She celebrated the joyous moment with her fellow Eritreans by enjoying the festivities commemorating the 28th anniversary of the Eritrean People's Liberation Front having secured independence from Ethiopia's military regime on May 24.

Why did Tiffany Haddish Visit Eritrea?

Tiffany Haddish recently revisited Eritrea on December 28. It would appear that she wanted a change in the scene as the decision to visit Eritrea comes, post her break-up with rapper Common in November or she might just have wanted to reconnect to her family in Eritrea.

On arriving in her home country, the famous comedian received a very warm welcome from her grandfather's village. The Eritrean citizen was honored with a plaque with her name engraved that read “Tiffany Tsehaye Haddish Residence Geza Keren, Eritrea" by the community.

She shared the touching moment with her fans by posting a video on her Instagram on December 28 of her accepting the plaque presented to her and placing it in the stone as she stood draped in the country's flag.

After being celebrated by her community, Tiffany Haddish gave herself a treat by getting some spa treatment called Tsh in Asmara which she documented on her Instagram. She shared on social media that they put butter in her hair, turmeric and honey on her face, sesame oil all over her body, and butter in her hot box.

Not only did she indulge in Eritrean culture, but she also talked to the president of Eritrea about the future of the people. She did not go into details about her meeting with the President but she shared photos with him on Instagram.

Heidi Montag's Plastic Surgery: Check Out The Hills Star's Before and After Pictures! Read More

Trending
Behind The Candelabra Plastic Surgery Scene: Scott Thorson's Surgery To Look Like Liberace!
Trending
Bernadette Peters' Plastic Surgery: The Actress Does Not Look Her Age!
Trending
Al Roker's Weight Loss: The Journalist's Diets Revealed; Details of Surgery He Had 20 Years Ago!
Trending
Did Dove Cameron Get Plastic Surgery? Check Out The Descendants Star's Before And After Pictures!
Trending
John Kruk's Weight Loss: Did The MLB Star Lose Weight In 2022 After Gallbladder Surgery?
House&Whips
About UsPrivacy PolicyTerms of UseDMCAContact
House&Whips is a leading media and entertainment source as a fast-growing information hub. For promotion or advertisement, please mail us at [email protected]