The Woman in the House Across the Street Tombstone: Discover the Reason for the Changing Quote! 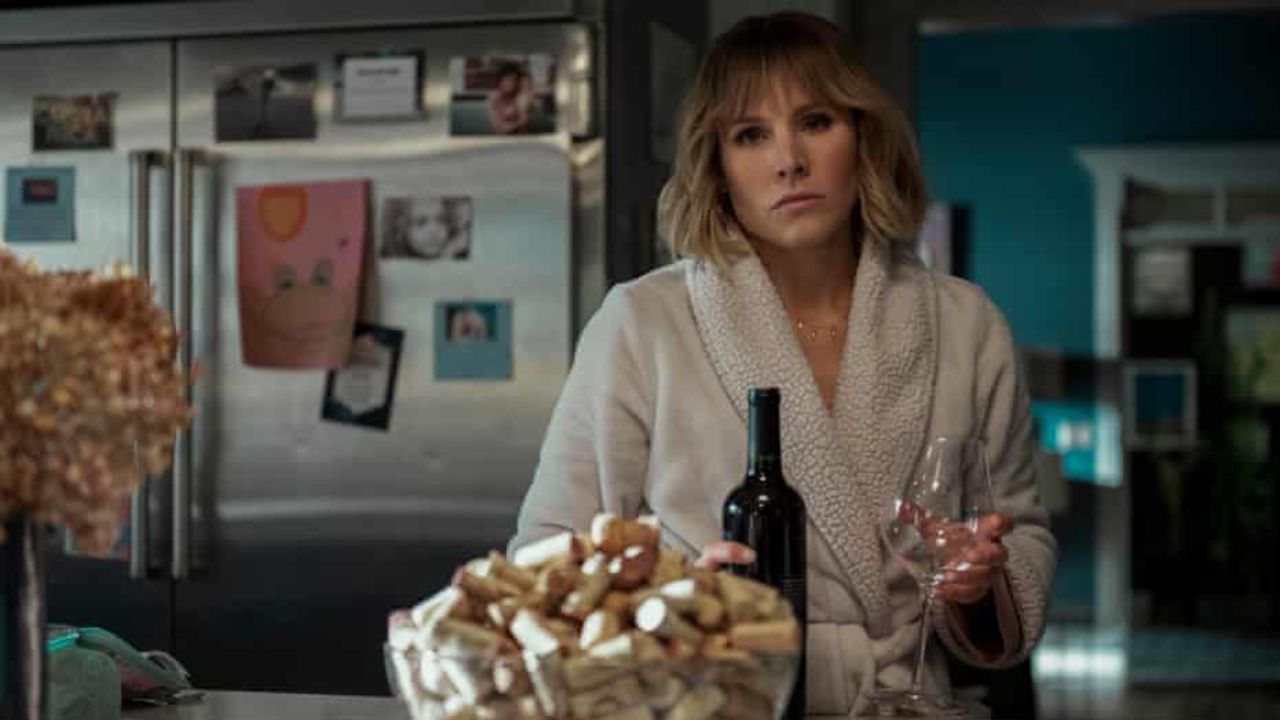 Elizabeth, the daughter of The Woman in the House Across the Street from The Girl in the Window is dead and Anna frequently keeps visiting her grave. Every time Anna goes there, the inscription of Elizabeth’s tombstone changes from reflecting the temperament of Anna in the beginning to getting absolutely nonsensical by the end of the show. Learn the hidden reason for the tombstone changing, along with the quote written in the tombstone.

So, Netflix is back with a dark comedy thriller The Woman in The House Across the Street from The Girl in The Window, which is a parody of the domestic suspense genre not to be taken seriously. If you have paid heed to the title of the series, you will know better than to do that.

The show follows Anna, who is mourning the loss of her daughter Elizabeth by drowning in wine, trying to find the killer of the murder she witnessed.

The Netflix thriller is its own brand of crazy and outlandish so it comes packing absurd extremes and several sight gags. For example, Anna is seen reading thrillers like The Woman Across The Lake and The Girl on the Cruise, which can be said to mirror her situation.

And Buell holding out on fixing Anna‘s mailbox for absurd reasons in the background is lowkey hysterical. Another visual gag is a bit dark one that involves Elizabeth’s tombstone.

Previously, we touched on Season 2, and Kristen Bell’s plastic surgery.

What is the Deal with Elizabeth’s Tombstone Quote Changing in The Woman in The House Across the Street from The Girl in the Window?

Tombstones usually are engraved with epitaphs of the deceased name, date of birth, and date of death. But Anna‘s daughter’s headstone speaks loud in the background with outrageously true but non-sensical sayings.

And what’s more, the epitaph keeps on changing and is different every time Anna visits her daughter’s grave. It is serious at the beginning but it keeps on getting more and more ridiculous as the season progresses.

In the first episode when Anna visits Elizabeth for the first time, the inscription reads ‘Elizabeth Hope Whitaker 2009-2018. If love could have saved you, you would have lived forever.’ Yup, she would have but she should have not been left alone in a room with the cannibal that day for her to not have been killed and then eaten.

However, the message shows that Anna is still stuck up because Anna still regrets how her daughter was killed so much that she has not moved on from where her daughter left her three years ago. The reason she is unable to process Elizabeth’s death might be because of guilt at the extreme carelessness that was the cause of her death.

So she wants nothing more than the world and her daughter and herself to know that she loves Elizabeth very dearly. That must be why the tombstone reads that. It shows how much grief Anna is at because of the loss.

The next time Anna turns up at the grave, Lisa is already dead but nobody believes Lisa dead because of how unreliable and drunk most of the time Anna is, so things have already gotten weird, to say the least.

In episode 2, the message gets more comical and saccharine with ‘In heaven, you can dance like no one’s watching’ written on the tombstone. Anna is getting more and more up there.

The last time Anna shows up at Elizabeth’s grave, the show completely embraces its madness and doesn’t hide behind the garb of parody. The final sequence of the tombstone- it reads ‘There’s no ‘I’ in heaven.’ The last time we checked, indeed there is no such thing as I in heaven, we can vouch for that.

What a true statement to make? But also packed with non-sense. It carries the legacy of the legendary spoof that is this show The Woman in the House Across the Street from The Girl in the Window.