90 Day Fiance: Yara Before and After Plastic Surgery; The TLC Alum Has Admitted to a Nose Job, Lip Fillers, and Breast Augmentation! 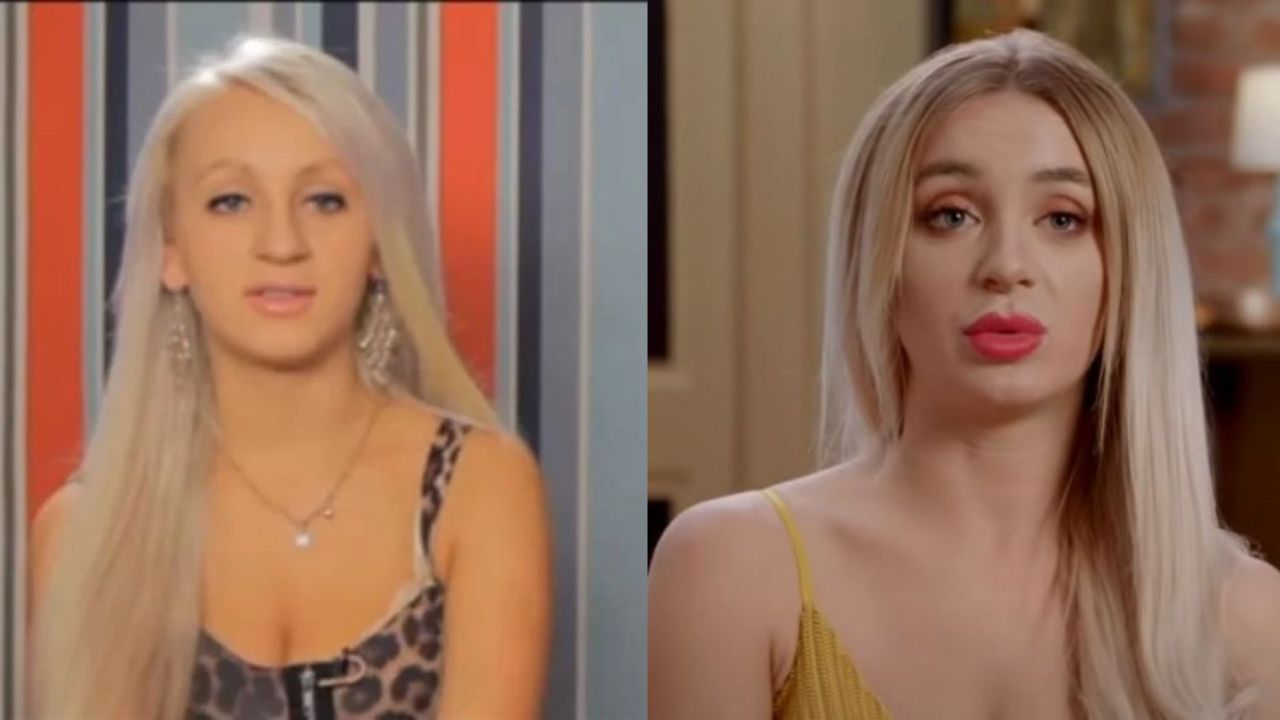 Yara Zaya from the 90 Day Fiance franchise is known for her glam image and gorgeous appearance. The reality star instantly managed to captivate and enthrall the viewers of the franchise solely due to her attractiveness from the very moment that she made an appearance on the show.

The kind of looks she has that has held everyone’s attention, she was bound to be scrutinized over it. And so it was not long before some fans got their hands on old videos of her from a reality show. Yara Zaya from 90 Day Fiance and the person from the clip, hardly anyone could believe that they were the same person. Plastic surgery speculations started soon after the clip resurfaced.

Now, fans seek pictures of Yara before and after plastic surgery!

Previously, we touched on the plastic surgery efforts of Reba McEntire and Ronnie Dunn.

Yara Before and After Plastic Surgery: The Reality Star Has Come Clean About the Cosmetic Surgery She Has Had!

90 Day Fiance‘s Yara Zaya (@yarazaya) has had plastic surgery including a nose job, lip fillers, and breast augmentation and some fans suspect her of having Botox and cosmetic fillers as well.

Yara Zaya from 90 Day Fiance is very popular among viewers for being glamorous. The glamor quotient that has propelled her into that kind of popularity she has is, however, not natural. She has had the aid of plastic surgery to look the way she does and fans know very well about it all because she has been very open about it.

The TLC alum sparked plastic surgery rumors not very long after she appeared on 90 Day Fiance when clips of herself from an old reality TV show appearance resurfaced online which showed her in her before surgery look. She was 19 at the time she appeared on a Ukrainian show Fashion to the People in 2013 and she looked completely recognizable then compared to her 25-year-old self on Season 8 of 90 Day Fiance.

Fans immediately pointed out (even though it needed no pointing, the before and after pictures were different as day and night) how Yara looked like a whole other person, and for a change, they did not troll her or criticize her for going under the knife. In fact, they commended her for work well done. According to them (in their most polite words), having plastic surgery was a great decision on her part because she was not such a looker before surgery. Ironically, the reality show that showed her before looks, she was in it to get a full head-to-toe makeover.

Yara Zaya eventually ended up getting one with plastic surgery and it was a great success, the nose job she had. She talked more about why she chose to get rhinoplasty in 2021 during part 1 of the Season 8 tell-all. She shared then that she had issues with her nose because she said that it looked like a potato, which is why she felt like she had to fix her nose and underwent a nose job.

Yara Zaya was very upfront about the whole thing and did not once hesitate to come clean about plastic surgery. With the stigma surrounding cosmetic surgery, her being candid about going under the knife was such a much-needed change. When she admitted that she had a nose job, she also advocated for plastic surgery and explained that there was nothing wrong with it.

I don’t see nothing wrong with that. If somebody don’t like something on themselves, change it. Yes, you need to love yourself the way you are. But if you can’t accept something, it’s OK to change it. We are living in 2021, and if you wanna do something, do it. And I had an issue, like, my nose is potato. So let me do something to that.

Nose job is not the only plastic surgery Yara Zaya had. Fans also suspected that she had more than that. They speculated that she had injected fillers into her lips. In response to the fan speculations, she admitted that she had, in fact, had lip injections. She was also asked how often she refreshed her filler, to which she replied that if she didn’t refresh it every year, the gel will disappear.

During the tell-all as well, Yara Zaya talked about having fillers.

Four years ago, I was doing my lips too. And again, how I say, there is nothing wrong to do with surgery if you don’t like something and accept it on yourself. I was not accepting myself when I looked in the mirror, and I had to fix the situation.

Yara Zaya’s face has changed so much more that it had to be more than just a nose job and lip injections, fans believe. Her before and after plastic surgery looking like a different person cannot be natural aging in any way, which is what some of the viewers think. They believe that besides lip fillers and rhinoplasty, all the new change is due to aging and is natural.

However, not all fans think the same. There are people who think she has had Botox and other cosmetic fillers done. And besides plastic surgery, her styling and makeup have also changed. She has started to dye her hair dark blonde and has learned how to expertly style her makeup and curate her outfits over the years. She has also been able to maintain her body and be fit even after she had her baby Mylah due to a combo of being physically active, eating healthy, and having good genes.

Recently, 90 Day Fiance’s Yara Zaya confirmed another plastic surgery, a breast augmentation. In a recent episode of Happily Ever After, she shared that she had had a breast lift and augmentation as Jovi got critical of her breasts after she gave birth which caused her to be insecure about it and to feel self-conscious, especially while intimate with her husband.

Even though some people criticize her for getting plastic surgery, she was ready for it and knew that she would get judged.

You know guys, no matter what I do I get judged so often. And I breastfed my child for 17 months. If not that, I wouldn’t do it, but I did it and I’m happy that I did it. And if I will care [what] everybody think about me, I will get friggin’ crazy.