Zendaya’s BF in 2021: Is Her Boyfriend Tom Holland? 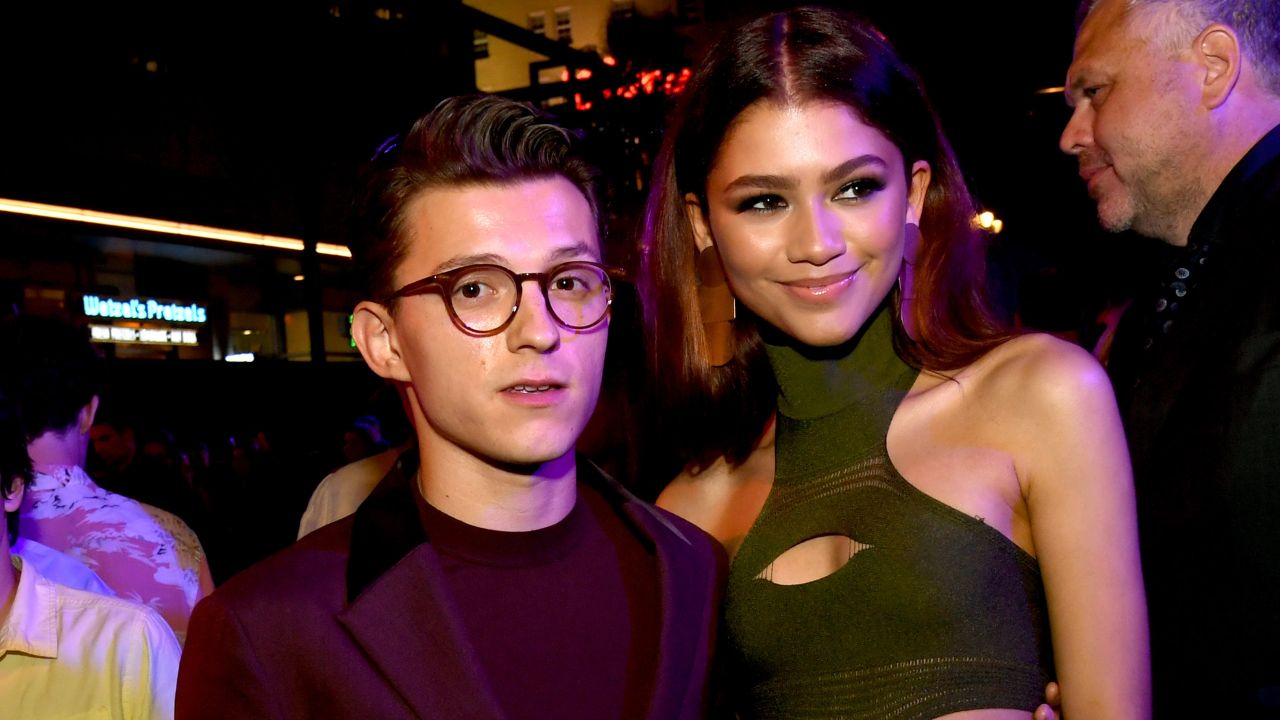 Zendaya’s BF in 2021 is a huge curiosity amongst Marvel fans. Zendaya and Tom Holland, starring as love interests Peter Parker and MJ in Spiderman: Homecoming respectively has drawn a huge buzz among fans about their relationship with their amazing chemistry both onscreen and offscreen. Are they dating each other or it’s just friendly chemistry? Take a look at the article below to find out.

Zendaya is an American singer and actress who rose to prominence for her role as Rocky Blue on the Disney Channel sitcom Shake It Up.

She gained stardom after essaying the character of a struggling, drug addict teenager in the HBO drama series Euphoria, for which she was honored with Primetime Emmy Award for Outstanding Lead Actress in a Drama Series in 2020.

In 2021, she was also nominated for the Critics’ Choice Movie Award for Best Actress for her performance in a romantic drama Malcolm and Marie. She was also noted for her work in the science-fiction epic Dune despite very small screentime.

The talented actress seems to have garnered quite a huge fanbase for herself with her commendable performances. Given that she looks so gorgeous, fans can’t help but wonder about her relationship status. Could she be that stunning and still single?

Not impossible, but hard to believe. Especially, fans want to know more about her relationship with Tom Holland, her costar in Spiderman: Homecoming, and possibly, boyfriend.

Previously, we touched on Luce Cannon’s wife and Andrew Garfield’s GF in 2021.

Zendaya’s BF in 2021: When Did Zendaya and Tom Holland Meet?

Zendaya first met Tom Holland in the sets of Spiderman: Homecoming in 2016 in which they played love interests as Michelle Jones-Watson and Peter Parker. They seemed to have hit it off really well as the sparks between them were palpable to everyone.

The undeniable chemistry they displayed on the press tour of the movie made the rumors fly. Some photos of them being playful at the San Diego Comic-Con were widely circulated by fans.

Since working together, Zendaya and Tom definitely shared an excellent professional rapport and personal as well, as evidenced by their regular appearances on each other’s Instagram handle.

Tom posted a picture on his Instagram of them with another friend at the pool in July 2016, and in November 2016, Zendaya shared their Hollywood Reporter cover, writing,

Amidst all the chaos and sadness…this one good thing did happen to me today. Honored to share it with the very best…Spider-Man himself.

They started attending events together, probably for the promotional purpose of their movie but the cute photos clicked of them made it impossible for fans to not ship them, and the rumors just kept on getting stronger.

What Did They Think About Their Relationship Rumors?

In July 2017 a source confirmed to People magazine that Tom and Zendaya were indeed dating after all. The same source also revealed that they had gone on vacations together and were trying to spend as much time as possible with one another.

They employed a humorous approach to discredit the source’s claims about them dating and shoot down the rumors of their relationship with Zendaya tweeting to Tom, “Wait wait…my favorite is when it says we go on vacations together HA! I haven’t been on a vacation in years! hbu?” and Tom jokingly asking if press tours count.

Is Their Friendship and Rumor Denial Just a Phase?

Even though both Tom and Zendaya denied the rumors that they were dating publicly, they couldn’t elude public speculation and intrusive questions from the media. Zendaya said about Tom in an interview with Variety that ‘he’s literally one of her best friends’ meaning not a BF.

One of her best friends, that friend being Tom, met her parents at a steakhouse in New York in December 2017. In March 2018, they attended the Oscars together even though they walked the red carpet separately. The duo was spotted at a comic book store in LA later that month.

They continued their social media PDFA (Public Display of Friendly Affection). In May 2018, Tom shared a picture of Zendaya in Met Gala on his Instagram, captioning it with, “All hail the queen. Killing it mate.”

Next month in June, the actress posted a video of Tom goofing off with a lightsaber to wish him a happy birthday. The Spiderman actor also took to Instagram to wish his friend a happy birthday in September by posting a paparazzi photo of them on their date at a comic book store with the statue of Spiderman.

Tom and Zendaya in a Relationship… with Other People?

Zendaya was spotted with her Euphoria costar Jacob Elordi on vacation in Greece in August 2019 which sparked dating rumors. But she never confirmed it even though paparazzi captured Elordi giving her a kiss in New York City in February 2020. By September, he moved on to dating Kaia Gerber.

In the meantime, Tom made his relationship with Nadia Parkes public by posting her photo on Instagram on July 27, 2020. They spent lockdown together.

The media and the internet went into a frenzy after Holland and Zendaya were photographed kissing in Holland’s car while stopped at a red light in LA on July 1, 2021.

The actors were then seen in Silver Lake neighborhood with Zendaya’s mom, Claire Stoermer, that same day. In August 2021, they were snapped at a friend’s wedding, Zendaya leaning into Tom and his hands on her sleeves.

Later that month, Tom commented with three flame emojis on a picture Zendaya posted on her Insta of herself on the red carpet for the Venice Film Festival in her Balmain dress.

On October 19, he posted her photo on the red carpet for Dune and captioned it with a heart-eye emoji.

Will They Ever Acknowledge Their Relationship Publicly?

On November 17, Tom Holland chose not to engage the media regarding their questions about their relationship for the sake of privacy during an interview with GQ. He also refused to discuss the relationship himself without her present. Didn’t confirm outrightly, but the public could tell ‘what a respectful and loving boyfriend’.

This seemed to be the confirmation of them without actually confirming. They attended the LA premiere of Spiderman: No Way Home on December 13, 2021, where he literally paused his interview when she arrived to look at her.

Later that week, Zendaya posted photos of Holland as Spider-Man at two different ages, writing, “My Spider-Man, I’m so proud of you, some things never change and good thing.”

Their acknowledgment of each other on social media seems to be the only confirmation Tomdaya shippers ever get.