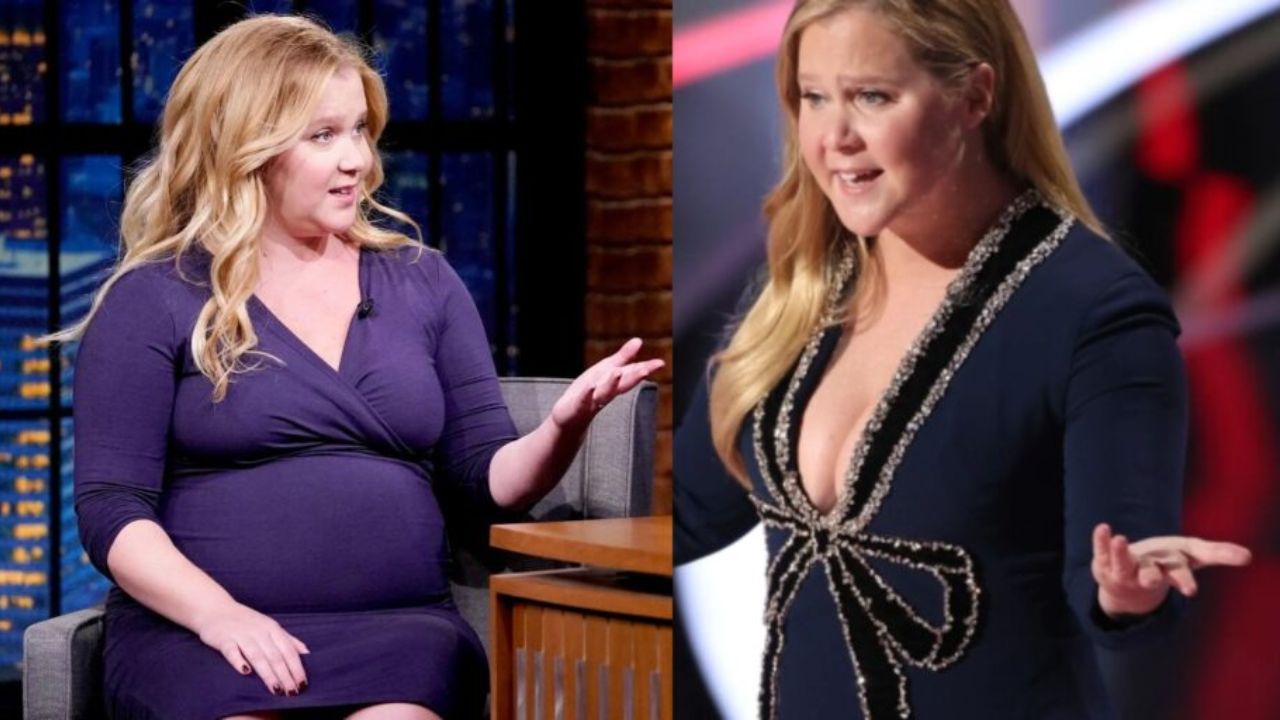 Amy Schumer has openly admitted to having plastic surgery, which included liposuction and fillers. However, the 41-year-old stand-up comedian regrets her decision and has already removed her fillers. Many people believe she looks very young as if she is in her 30s.

Amy Beth Schumer (born June 1, 1981, in Manhattan’s Upper East Side, New York City) is an American stand-up comedian and actress. She created, co-produced, co-wrote, and starred in the Comedy Central sketch comedy series Inside Amy Schumer from 2013 to 2016, for which she got a Peabody Award and was nominated for five Primetime Emmy Awards, taking home the award for Outstanding Variety Sketch Series in 2015.

Meanwhile, after a six-year break, the comedian has returned with the fifth season of Inside Amy Schumer, which premiered on Paramount+ on Thursday, to transform the terrible, grueling, anxiety-inducing, demoralizing experience of modern female existence into television comedy.

As the show streamed, viewers have been shocked by her new appearance which looked completely different than before. So many fans have been curious to know what really happened to her and wonder if she has undergone plastic surgery.

Previously, we touched on the plastic surgery efforts of Brandi Glanville and Taylor Swift.

Amy Schumer’s Plastic Surgery in 2022: The Stand-up Comedian Openly Admits to Having Liposuction and Fillers to Look Younger!

Amy Schumer (@amyschumer) began performing stand-up comedy at the young age of 22 and has since gone on to become a major A-lister. Now, some 20 years later, she still continues to amaze audiences with her talent and performance on the screen. Meanwhile, the comedian has recently been accused of undergoing plastic surgery after the release of her show, Inside Amy Schumer Season 5, in 2022.

Compared to her before and after images, we can clearly assume that she has undergone many types of plastic surgery including liposuction and endometriosis surgery in which she had her uterus and appendix removed.

Meanwhile, the 41-year-old stand-up comedian is one of those who are publicly open and proud of themself. Not only does the stand-up comedian and actress admit to having undergone surgery, but she also openly talks about how she made the decision and why it was the best choice for her.

The comic said she feels “very terrific” after having liposuction, a procedure she never thought she’d have which she revealed on Chelsea Handler’s podcast, Dear Chelsea. She added, “When I first heard about liposuction, I was just like, ‘That’s so ridiculous to me. I’m not going to do anything ever.'”

However, after turning 40 and having a C-section, the actress changed her mind, especially after suffering from endometriosis and undergoing surgery. She explained, “I healed nicely and was wondering whether I might get lipo. And I had lipo, and I’m feeling great.”

The New York native has established her own Comedy Central series, Inside Amy Schumer, published a book called The Girl With the Lower Back Tattoo, featured in several comedy specials, and scripted her first feature movie, Trainwreck, in 2015. Meanwhile, the actress and mother of one has recently revealed on Instagram that she had liposuction after the birth of her child. She wrote,

I feel good. Finally. It’s been a journey thanks for helping me get my strength back @seckinmd (endo) @jordanternermd (lipo) never thought I would do anything but talk to me after your uterus doesn’t contract for 2.5 years and you turn 40.

Similarly, even more recently, in her interview with The Hollywood Reporter, Schumer explained what motivated her to open up about it and explained,

Everyone on camera is performing this nonsense, and I just wanted to be honest about it… It’s not that I needed to be slamming, because I’ve never been known for being hot, but I was sick of looking at myself in the mirror.

She also mentioned that grilled chicken and walks weren’t going to cut it for that long uterus, especially since the star has endometriosis. However, it’s not the first time Schumer has been open about her physique and cosmetic operations.

In December, she agreed to let her doctor tweet about having her fillers removed. Likewise, she also wrote in her matter-of-fact tone, “I tried getting fillers. Turns out I was already full. Thank God you can dissolve them.”

Trending
Gary Anthony Williams’ Weight Loss in 2022: Did He Undergo Surgery to Lose Weight? How Does He Look Now?
Trending
Is Kat Dennings Single or in a Relationship? Is the Dollface Actress Married? Andrew W.K. is Rumored to be Her Husband! Check Out Her Dating History and Boyfriend List!
Trending
Did Tim Allen Gain Weight For Santa Clause? How Did The Actor Put on 150 Pounds?
Trending
My Unorthodox Life Divorce: Julia Haart and Silvio Scaglia’s Relationship Troubles; The Reason Behind Haart Daughter Batsheva’s Split From Ben Weinstein!
Trending
Blake Shelton’s Weight Gain: How Much Does The Voice Coach Weigh Now?
House&Whips
About UsPrivacy PolicyTerms of UseDMCAContact
House&Whips is a leading media and entertainment source as a fast-growing information hub. For promotion or advertisement, please mail us at [email protected]om