Charlie Murphy’s Nose Job: Did the Happy Valley Actress Get Work Done on Her Nose? 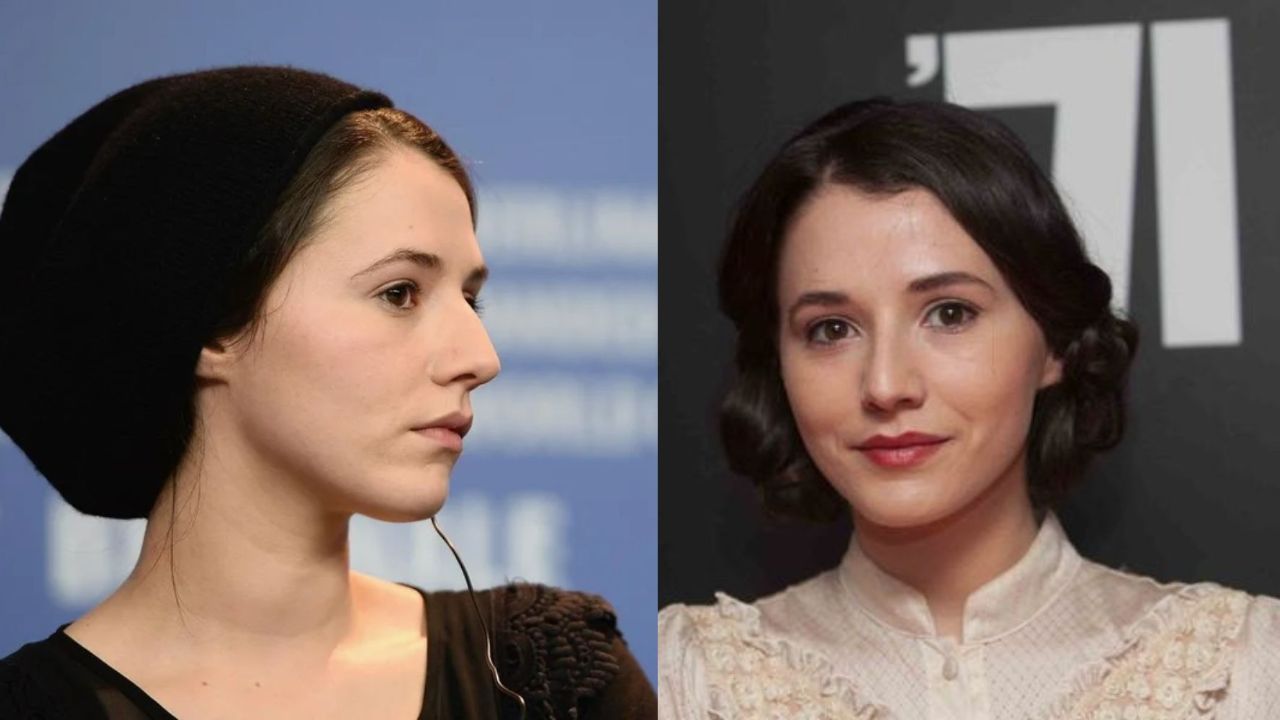 Charlie Murphy is the latest subject of nose job speculation. The Happy Valley star had a nose that seemed to be very protruding and big in some of her old pictures showing her side profile. Now, there are no photos taken from the exact angle to compare but from the front, her nose looks very narrow and straight and perfect with a refined tip. This has led her fans to suspect Charlie Murphy has had a nose job.

Charlie Murphy is an Irish actress. And you might recognize her from her recent work in Happy Valley. She plays the role of Ann Gallagher in the BBC cop drama. She was born in Enniscorthy to hair salon owners Brenda and Pat Murphy. She has five siblings. Her family relocated to Wexford after she turned 12 years old. She took an interest in acting ever since she was a child.

Following her passion, she went to study drama and acting when she turned 18. She trained at the Gaiety School of Acting from 2006 to 2008. And after completing her training, she built a career in acting. She has done both television and feature films. Her major breakthrough role was the role of Siobhan Delaney in the RTE drama series Love/Hate. Her performance in the show earned her the Irish Film and Television Award in the category of Best TV Actress in 2013.

Charlie Murphy also won the award for Best Actress in a Lead Role at the 2015 Irish Film and Television Awards. She went on to bag more awards as time went on. In 2017, she won a further two IFTA Awards, both of them in the category of Best Actress in a Supporting Role, one time in 2017 for her work as Ann Gallagher in the BBC One drama series Happy Valley and another time in 2018 for her performance as Jessie Eden in the BBC One historical crime drama series Peaky Blinders.

Though she wants nothing more than to act and go back home and relax, the nature of the industry she is in has dealt her speculations of a nose job. She has never acknowledged such rumors and never bothered to confirm or deny those. But these days, people take silence as confirmation. So people truly believe she had work done on her nose. But did she? Let’s find out more about Charlie Murphy’s nose job!

Previously, we touched on the plastic surgery stories of Maya Jama and Pamela Anderson.

Charlie Murphy’s Nose Job: The Happy Valley Star Seemed to Have a Different Nose in Some of her Older Pictures!

Charlie Murphy (@charliemurphyactress) is highly suspected by her fans of having undergone a nose job for cosmetic purposes to make it a more aesthetic one.

Charlie Murphy is easily one of the most in-demand actresses in Ireland and she could easily move to Hollywood and build a bigger career (in terms of fame and popularity) there but she has her feet planted firmly on British soil. Want to know why? Well, it’s to deal with the more stressful and superficial parts of the industry she’s in with comfort. She loves to act but showbiz has its dark sides. Like the pressure to look perfect and the increasing trend of getting plastic surgery such as Botox and nose job.

The actress, who is now based in London, said that she deals with the pressures that are part and parcel with her industry by going out sometimes.

I do let myself go sometimes. Some days I can’t fit into those jeans, and sometimes when I can, I celebrate with a bun!

Charlie Murphy, the latest subject of a nose job speculation, handles stressful things lightly like that. But if she went to Hollywood, she would not be the same and she fears it would steal her identity. She said,

I think if I did that, that side of the industry would cripple me. Immediately I’d be thinking ‘I need a boob job’ and then ‘I need to get a nose job’…I’d rather just continue to seek that out and hope that it keeps coming rather than sacrifice who I am for a rom-com.

You can understand why she did not go to Hollywood. And Charlie Murphy may not have moved there but she sure is getting treated like she’s one of them, what with all the speculations about a nose job. After the premiere of Season 3 of Happy Valley, fans noticed her appearance more closely and in more detail and just fell in love with her nose. Had she ever worried that she would feel the pressure of getting a nose job if she came to Hollywood?

Why did she feel that way when hers looked like the nose goals for people these days? I mean, people go to their doctors hoping they could get a nose like hers, a narrow and straight one with a very refined tip. She already has that. Why would she ever think about getting a nose job? Or she did think about it because the one she has now is not the one she had before and so, she bought the trendy one with a nose job.

Come to think of it, Charlie Murphy did have a very protruding nose in some past pictures. From a side profile, her nose looked too big for her face which did not look very good. But now, we don’t have side profiles of her in the exact same angle to compare but from the front, her face looks angelic and her nose looks perfect which has led people to believe that she underwent a nose job to make it more shapely and less protruding.

However, Charlie Murphy has never acknowledged these speculations of a nose job, never confirmed or denied them.

What Happened to Becky in Happy Valley? How Did Catherine’s Daughter Die? Read More

Trending
Maya Jama’s Plastic Surgery: Is Cosmetic Treatment the Secret to Her Younger Appearance?
Trending
Pamela Anderson’s Plastic Surgery: Why Does The Baywatch Star Look Unrecognizable These Days? The Actress Then and Now!
Trending
Do They Find Gonker in Dog Gone? What Happens to the Lost Dog in the Movie? Ending Explained!
Trending
Olivia Culpo’s Plastic Surgery: What Are the Beauty Secrets of the Former Miss Universe? Before & After Pictures Examined!
Trending
Buddy Valastro’s Weight Loss in 2022: Comparing His Before and After Pictures, the Former Cake Boss Star Looks Way Too Slimmer!
House&Whips
About UsPrivacy PolicyTerms of UseDMCAContact
House&Whips is a leading media and entertainment source as a fast-growing information hub. For promotion or advertisement, please mail us at [email protected]