Damaris Phillips’ Weight Loss: Fans Suspect The Chef Has Had Surgery; They Want to Know Her Diets and Workout Routines! 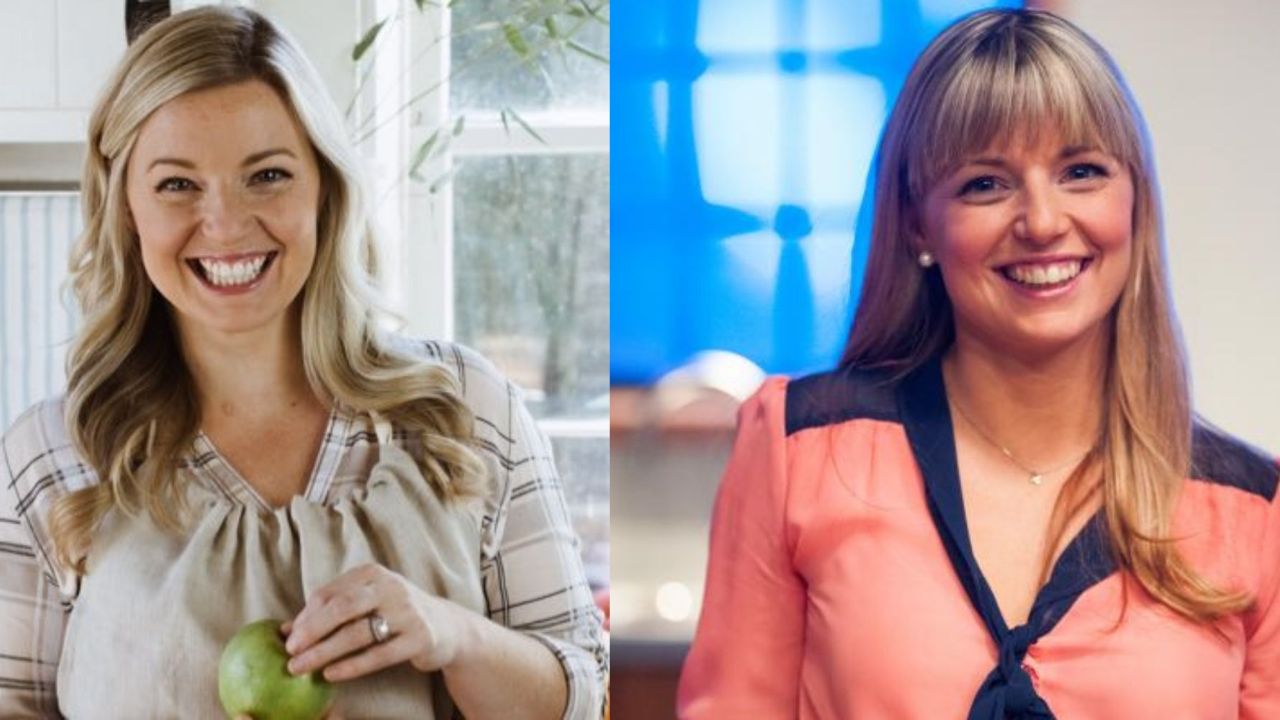 Damaris Phillips’ weight loss discussions started after the premiere of the Food Network series Big Bad Budget Battle in which she is one of the judges. The celebrity chef looked very different and slim from the time she first gained prominence when she won Food Network Star in 2013. Fans want to know what kind of diets Damaris Phillips follows and what kind of workouts she does for weight loss. Some suspect she had surgery.

Damaris Phillips is an American chef and television personality who rose to fame after she won the ninth season of the Food Network series Food Network Star. She was born in Lexington, Kentucky on December 8, 1980. She decided to attend culinary school because she didn’t know what to do in life which led her to attend and earn a degree in Culinary Arts from Jefferson Community and Technical College.

The celebrity chef later went on to become a culinary instructor. In 2013, she made her way to the cooking reality shows when she participated in Food Network Star Season 9. Her win got her own show on Food Network, Southern at Heart. The show ran for five seasons from 2013 to 2016.

After Southern at Heart ended, Damaris Phillips started co-hosting The Bobby and Damaris Show on Food Network with Bobby Flay in 2017. She also began co-hosting Southern and Hungry with Rutledge Wood (her brother-in-law) on Cooking Channel in October 2017. She frequently makes appearances on Guy’s Grocery Games as both a judge and a competing chef.

Damaris Phillips has also done a Food Network show Big Bad Budget Battle as one of the judges. The show premiered recently after which the weight loss speculations about her started.

Previously, we touched on the weight loss efforts of Wendy Williams and Travis McMichael.

Damaris Phillips (@chefdphillips) sparked weight loss speculations after the premiere of the Food Network series where she is one of the judges, Big Bad Budget Battle hosted by Ree Drummond. In the show, the chef looked much slimmer than before, which was in drastic contrast to the way fans were used to seeing her. She appeared to have a major transformation because of all that weight loss.

The speculations that Damaris Phillips had a weight loss had been going around for a long time around but it increased sometime earlier this year when she posted pictures in which she looked very thin and completely opposite of the way she looked before.

Damaris Phillips began her career in the culinary-entertainment world in 2013 when she participated in the Food Network series Food Network Star. She won the show which won her other shows on the network. So, that was her ‘in’ the reality shows of cooking. So, most people remember her from those days, and in those days, she looked quite big and was more on the heavier side which makes it obvious that she has undergone weight loss.

However, there is not a peep from Damaris Phillips in spite of her fans discussing her weight loss. No words of acknowledgment and no stories to be heard from the celebrity chef of how she lost all that weight, what were her diets, and what workout schedules she followed. She never bothered to address her insane transformation that people just cannot stop talking about. Maybe she’s going for a vibe of mystery or she doesn’t think the weight loss is a big deal.

And though the Food Network star may not have revealed what diets she had had that specifically helped in her weight loss, we do know that she is mostly on a vegetarian diet. She has been on a mostly vegetarian diet ever since she got married to her husband,  radio presenter Darren Wood who hates non-veg.

So, maybe Damaris Phillips’ weight loss started in 2015 when she largely substituted her animal-based diet for a plant-based one in order to accommodate her husband who followed a strict vegetarian lifestyle. The couple was so committed to the diet that they completely avoided meat during their wedding festivities and were served alternative dishes like hummus sandwiches, salad, and more.

Plus, weight loss was not the only thing that came out of this union. Damaris Phillips also wrote a book called Southern Girl Meets Vegetarian Boy. She also began experimenting with her cooking in order to make the best vegetarian dishes for her husband, which was a journey in itself that probably contributed significantly to her weight loss.

It is alleged that Damaris Phillips’ meal consists of about 75 percent vegetarian food which was all thanks to her husband. Her husband could be said to have largely helped her in her weight loss.

Aside from the diet, the television personality also seems to have a workout schedule she sticks to. Not that she has ever bothered to discuss it in her interviews, but she used to post a lot on her Instagram pictures of herself exercising and her workout routines. So, her weight loss seems to be a result of a combination of a veg diet and all the workouts she does.

Some people seem to wonder if Damaris Phillips had weight loss surgery. But that may not be true as the transformation she had was definitely dramatic but it didn’t happen overweight. We could see through the years her getting slimmer and slimmer. So, even though it hasn’t come from herself, she most likely hasn’t gotten a weight loss surgery.