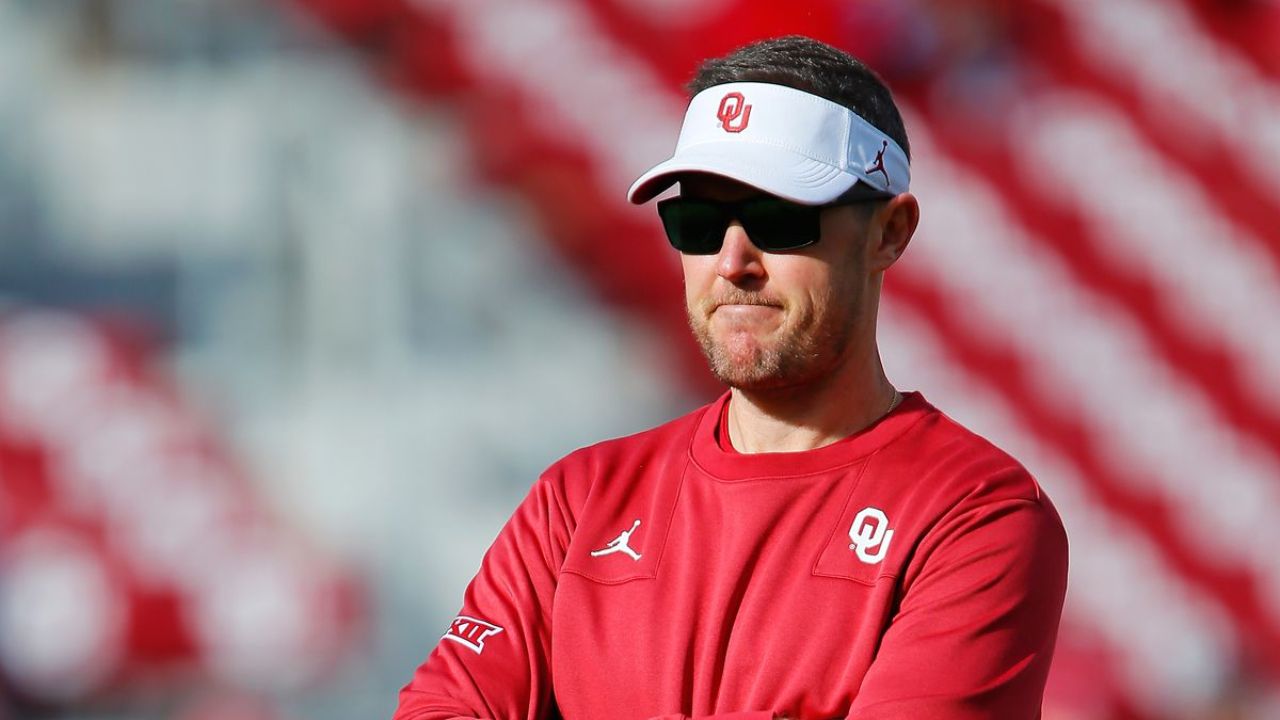 Lincoln Riley, the new head coach at USC recently left his job at OU for USC. Following his time as a coach to the Oklahoma Sooners of 4 years, he left behind not only wins and memories of those wins, but rather unsavory rumors about affairs with one of his staff, an alleged mistress named Annie Hanson. The rumor’s not savory because he’s not single but married.

Lincoln Riley is an American college football coach, who is newly appointed at the University of Southern California to coach USC Trojans Football starting from November 28, 2021. Prior to that, he served as a head coach to Oklahoma Sooners at OU.

At Oklahoma, he ended his tenure with a 55-10 record. He also won four consecutive Big 12 Championship Games. There he made history by achieving the highest rate of winning percentage among all the coaches at the OU program.

He also mentored two quarterbacks who went on to win the Heisman Trophy: Baker Mayfield and Kyler Murray in consecutive seasons.

Does Lincoln Riley Have a Mistress?

We don’t know if Lincoln Riley has a mistress but we do know that we love Reddit as much as Lincoln Riley hates Reddit because it’s this discussion platform where rumors of his affair with Annie Hanson started to paint the web world red.

The rumor that started on Reddit and spread like wildfire could be a false one done to just defame the football coach but what’s out is out and believers gonna believe. The post on Reddit appears to have been deleted but the damage is done.

Following the discussion about his cheating affair with his mistress, some insiders of OU seem to have spilled some tea. They appear to have gotten their hands on a text that implies that Lincoln Riley’s mistress is being fired after the two of them were ‘caught’ having affair.

Annie Hanson, who is rumored to be the mistress of Lincoln Riley, is his colleague after all at OU.

Hanson attended Oklahoma University and from an early age, she was a bit sporty and athletic.  As a captain of the OU track and field program, she even got first-team All-Big 12 and Academic All-Big 12 honors.

She also happens to be a program record holder in the steeplechase. She got her Bachelor’s degree in Business Administration from OU in 2012. She earned her Master’s degree in intercollegiate athletics administration in 2012.

She also helped with OU’s football operations as a part of her job. Apart from that, she has also worked for programs at Kansas State and Nebraska and with the NFL’s Jacksonville Jaguars.

Are Rumors of the Affair True?

If the rumors that fly are to be believed then, Lincoln Riley who was working as a head coach in OU to Oklahoma Sooners in 2021 was ‘secretly’ involved in an extramarital relationship with Annie Hanson, who is an athletics assistant director of OU.

Annie is also married by the way to Zach Hanson who is an offensive line coach in Tulsa. After the whispers about their alleged affair emerged and gained traction, Lincoln Riley’s wife is believed to have given an ultimatum to him to either fire Annie or else the marriage was over. And the news of the mistress being sacked also surfaced subsequently. But, is there any truth to this gossip?

It’s hard to believe anyway since after Lincoln took the job as head coach at the University of Southern California, leaving OU, Tulsa OL coach Zach, Annie’s husband is reportedly joining Lincoln Riley’s staff at USC where she is likely to go.

Some fans have taken the rumors with a grain of salt because of the timing of it surfacing. Because this happened as soon as he left his job at OU for USC, people believe it to be a cheap shot at defaming the football coach. And he would not have chosen his mistress’ husband on his team if it were true.