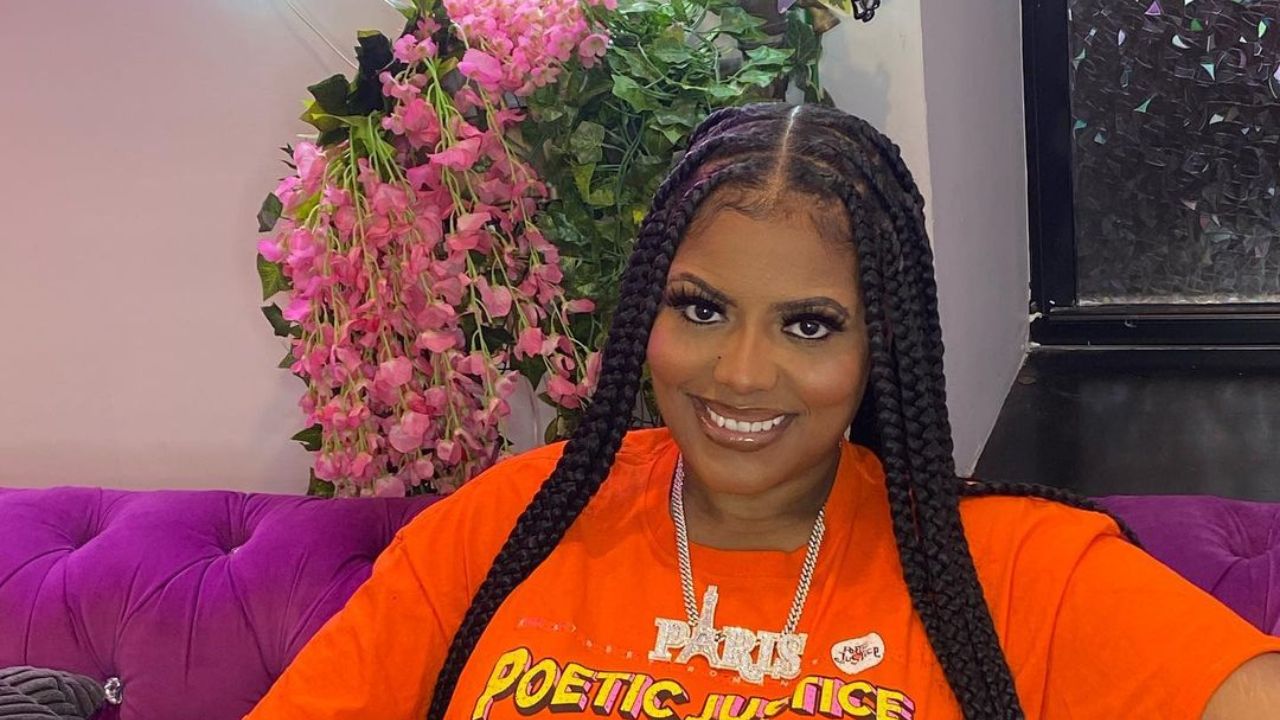 The latest season of the VH1 reality series Love and Hip Hop: Hollywood which documents the romantic and professional lives of men and women in the hip hop industry has premiered. With the show, Paris Phillips also has made a return to our screen.

Paris Phillips is an American actress and reality star who used to be plus-sized before. After the reality show aired, viewers are left stunned by her weight loss.

Previously, we touched on the weight loss efforts of Jehmu Greene and Meghan Trainor.

Love and Hip Hop: Hollywood was renewed for a new season and then we got Family Reunion: Love and Hip Hop Edition. The VH1 reality show understood the assignment and arrived packing a lot of dramas to keep the crowd entertained for a long time.

Lots and lots of yelling and shouting over other people and devilishly enjoyable doses of expensive meltdowns to focus on and take our minds off our uneventful and boring lives. And yet what stole the thunder was just the one who was featured in episodes just here and there.

Yup, Paris Phillips (@whoisparisphillips) is the one that took the Family Reunion: Love and Hip Hop Edition away. For the niche audience that loves messy dramas, Paris didn’t even have to bring drama.

Well, there was a moment when she warned Erica Mena when she began talking loudly about Safaree treated her just a day before their wedding anniversary. But that was not what hogged the limelight. It was her weight.

Paris Phillips debuted her new body on the show, which had a lot of viewers of the show dropping their jaws. People were pleasantly surprised to see her following a weight loss transformation. Before this, she had always been a big girl and now she is anything but.

Paris’ sudden weight loss transformation had her fans looking back and dissecting every single picture of her up to 2020. People were used to the 2020 Paris Phillips when she looked significantly different than now the way she had looked ever since we got to know her.

Now her face and body look different and she is unrecognizable. Her face is a lot smaller, her jawline is more prominent than ever, and her body is thinner than ever.

Going through her pictures, her fans noticed that it was at the beginning of 2021 that she began to lose weight. Her photos of those days – after looking at it retrospectively, show some subtle changes in her face and body. That must be when she was headed down the weight loss lane.

After that, it took her only a few months to see the dramatic changes in her weight because, in 2022, she was a completely new person, not just on the basis of looks but her attitude had also changed. She seems more confident and comfortable now.

Prior to the weight loss, when Paris Phillips used to be bigger, she used to dress conservatively rarely putting her skin on display. After the weight loss, she does not bother to cover up much more and is often seen showing off her legs. And she is glowing.

Regarding her transformations, her fans have been a lot supportive of her weight loss. People are giving her words of encouragement to continue her weight loss and fans are sending her messages of motivation.

Others have started looking up to her as an inspiration. One fan wrote a comment on her Instagram post that they needed to know the diet so they can follow while others told her she didn’t need to lose any more weight and that she was perfect.

While her followers have been very vocal in appreciation of her weight loss, Paris Phillips herself has never once talked about it. Not once has she mentioned the drastic transformations she underwent and acknowledged fans’ messages to her.

Some people have speculated that she went through a weight reduction medical procedure. We may never know unless she chooses to speak of it.

Paris Phillips’ Career: How Did She Become a Public Figure?

Paris Phillips was born on 23 August 1986, in Brooklyn, New York City, USA. She is a socialite and actress who came into the public eye while working as a personal assistant for celebrities such as Keyshia Cole and K. Michelle.

She went on to appear on the reality series Love & Hip Hop: Hollywood on VH1 which shot her into popularity. She was also featured in the show K.Michelle: My Life with the singer. She has also acted in a movie called Fall Girls portraying the character of Keke.

Aside from acting and starring in a reality series, she is also a brand ambassador of Fashion Nova company, which makes a wide variety of attractive and very wearable clothing for curvy, plus-sized women.