Vanessa Guillen’s Sisters: Her Siblings Mayra and Lupe Are Advocating for Military Reforms! 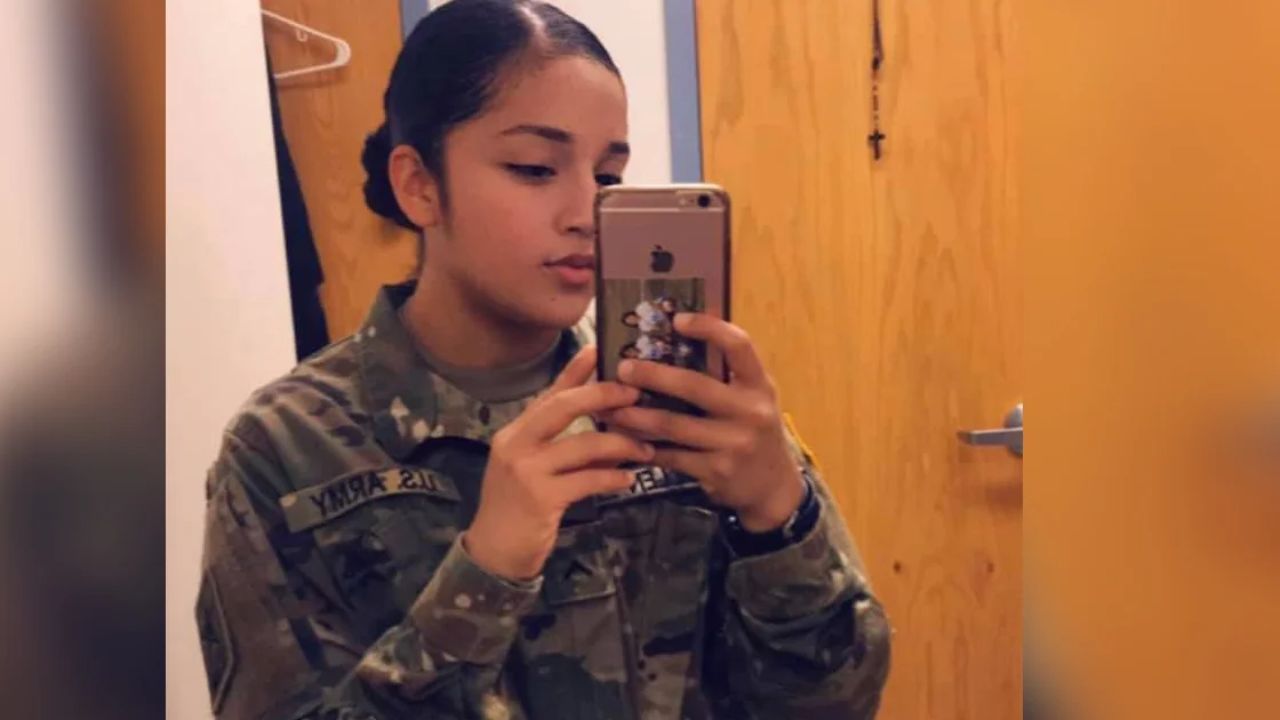 After Vanessa Guillen was killed by a fellow soldier during her service at her military base, her sisters began to fight for her justice and push for changes in the military system and how they handled claims of sexual harassment. The late US Army had often complained to her family about being sexually harassed at her job. Vanessa Guillen’s sisters, the elder one Mayra is planning to run for office to fight for her sister’s cause and the younger one Lupe is pursuing college.

Netflix‘s I Am Vanessa Guillen has shed light on the systemic faults of the US Military and their lack of accountability about sexual violence through the tragic story of a US Army soldier Vanessa Guillen who would have been breathing today if it wasn’t for the irresponsibility on part of the military.  The 20-year-old was sexually harassed several times and brutally killed and dismembered during her service at the Fort Hood military base in Texas in 2020.

This case raised serious questions about sexual harassment within the US military. Devastated by the loss of a loved one, Vanessa Guillen’s sisters took it upon themselves to fight for justice and improvement of the way claims of sexual harassment are handled by the military.

Vanessa Guillen’s Sisters: Her Siblings are Fighting for Her Justice!

Vanessa Guillen left a hole in the hearts of her family, especially her sisters when she was murdered at her military base by a fellow soldier in 2020. All of the siblings were very much aware of that and felt it all the time. It killed a part of them too but they never found the traditional justice for the murder of their sister because the murderer killed himself before he could be charged.

But there was no way they were going to let it go. Their sister had suffered sexual harassment multiple times by multiple higher-ups in her chain of command but she never reported it because other women were never believed when they did. As a result, in the days before her murder, she suffered mental anguish and emotional distress. All because the military failed to address the reports of sexual harassment and refused to accept that there was any in the first place.

Now, Vanessa Guillen, their beloved sister might have left them forever but the siblings were determined that they were not going to let what happened to her happen to anyone and began advocating for military reforms. The sisters found in themselves the strength to put their grief aside in those tragic times and fight for the greater good.

Let’s learn about the sisters who are campaigning for improving military reform.

Mayra Guillen: The Elder Sister is Planning to Run for the Office!

Mayra Guillen is Vanessa Guillen‘s elder sister who is described in the documentary as a ‘second mom.’ She is 24 and the eldest of three sisters. She’s been pushing for change in the military system to make it easier for service members to report sexual harassment.

Earlier this year, she spoke at the capital to lobby for sexual assault to be included under the Feres doctrine – which instates the rules over what injuries military members can file lawsuits over while serving. Despite suffering the loss of her sister, she found it in herself to fight for changes for all and not just for her sister’s justice. She participated in the documentary not just in the hopes of telling her sister’s story isolatedly, but also in the hopes of advocating for thousands of victims who suffered a similar fate so that nobody will have to in the future.

It was not always easy for her. Mayra Guillen admitted that it was hard to not be taken in by her own grief of her sister’s death sometimes as emotions overpowered her. Also, it was draining how she was participating in the film while relentlessly campaigning and raising awareness but still, she always managed to come around. And her motivation through those tough times was her Vanessa Guillen and the love she has for her. The sisters were very close.

Her sister’s cause has completely changed her life and now, Mayra Guillen is looking ahead toward a political career. She said in an interview that she is planning to run for office herself, which is something she had never imagined just two and a half years ago. She explained to The Independent,

In the last few years, I’ve learned so much, and I know a lot more, because it’s something that I plan to keep on doing. And if I’m doing it as a civilian, why not actually do it as a public official? I have a desire to help other families … and I feel like being in office is the best way to do it.

The youngest of the Guillen sisters, Lupe Guillen recently graduated high school and is now pursuing journalism in college. While she might not be heading toward a political career to fight for military reforms and for Vanessa Guillen‘s cause, she’s been contributing to it and has been pursuing legislative action to make it safer for service members to report sexual harassment along with her older sister.

She made the headlines in 2021 when she spoke out in the Capitol about her sister’s ordeal. Vanessa Guillen’s sisters continued to bring attention to her case rather than stay private about it. She said in her speech,

I wish every family member out there will fight the same fight that we are today because in two days, in two days, it’s one year. My frustration, my anger is the same because it’s not fair my sister was murdered the way she was. She had to be murdered for everyone to realize all of these issues. This has happened for decades.