Hawkeye: What Happened to Kingpin? Is He Dead or Blind? 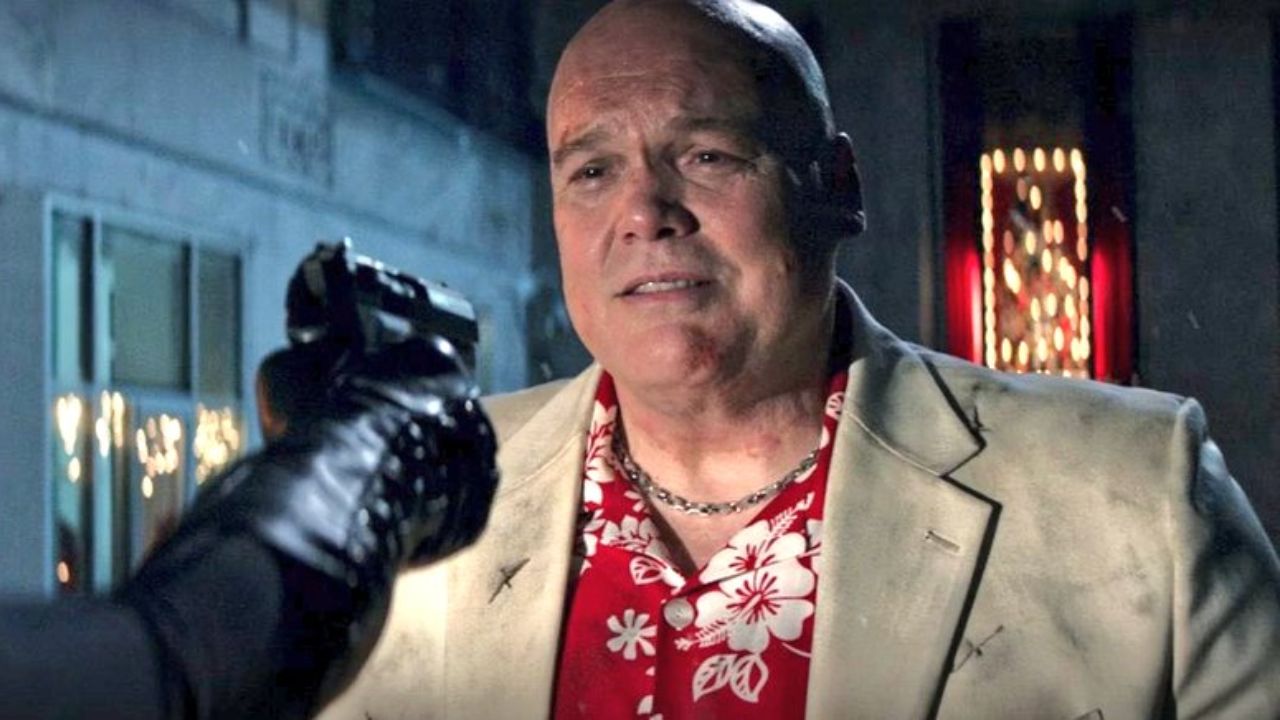 The latest television series produced by Marvel Studios Hawkeye follows the life of the most normal Avenger, Hawkeye in the aftermath of the war against Thanos. Kingpin, a crime lord from Daredevil surprises us as a mystery villain. Does the mystery villain make it till the end or does messing with Hawkeye cost him his life?

Marvel Cinematic Universe (MCU) is truly a gift that gives on giving. And the latest gift we viewers received is Hawkeye, a miniseries based on Marvel Comics featuring the characters Clint Barton and Kate Bishop that premiered on Disney+ on November 24 and ran till December 22, 2021.

The limited series shares continuity with the movies of the Marvel franchise and follows the events that unfold after Avengers: Endgame.

What Happened to Kingpin on Hawkeye?

She reveals to Kate that she was recruited by Eleanor, Kate’s mother to off Barton and that Eleanor is associated with Lopez’s uncle, who turns out to be Wilson Fisk aka Kingpin (Vincent D’Onofrio).

He is revealed to be the man pulling the strings of Tracksuit Mafia all along, and the man who killed Lopez’s father and was pinning it on Barton. Lopez, after discovering the truth, corners Kingpin.

Does Kingpin Die in the Hawkeye Finale?

The series ends with a cliffhanger as what happens to Kingpin at the end of the series is a little ambiguous so as to maintain the curiosity generated among the viewers.

We can’t say for sure what state Kingpin is in, but we can say that the possibilities of spin-off series are endless at least.

In the final scene of the episode, Kingpin who managed to flee from the police is confronted by Maya Lopez, his adoptive niece who learned that he was the one who was responsible for her father’s death.

Realizing that she had been betrayed by her “uncle”, she unbuckles her sidearm and points the gun at Kingpin, with the gunshot shown from the distance.

So, is Kingpin dead at the hands of his victim’s daughter or will he survive the gunshot (he has survived a lot of things before) or somehow just dodge the bullet altogether? His fate remains to be seen.

But, as far the speculation goes, as a sort of rule in these Marvel movies, if you don’t see a gunshot hitting its intended target or a body, then that victim hasn’t really died, and as we hear the final shot at him, the camera pans away.

So, the series might not have ended on a cliffhanger as it could have been an indication that Kingpin’s not going to be killed off now, and it was just to tease the viewers. Also, (spoiler alert) in the comics, he gets blinded but manages to survive.

Since Kingpin was one of the biggest reveals of the series, it doesn’t make sense that he would be killed off so easily. This would be such a disappointment to the fans. Or, maybe let’s not rule out all the possibilities for the sake of the favor of fan service, he could be dead.

We never know the twists that might be coming our way. It necessarily doesn’t have to be the last we see of him, he could always live on through flashbacks or even a multiversal appearance.

Either way, fans of the Marvel universe have something to look forward to.

Hawkey is streaming on Disney+.

Jimmy Carr’s Plastic Surgery in 2022: How Does the 50-Year-Old Comedian Look So Young Now? Read More

Trending
Kimbella Before Plastic Surgery: How Did The ‘Love & Hip Hop: New York’ Star Look Before Botox, Fillers, Lipo and BBL? Check Out Her Before and After Pictures!
Trending
Sheryl Crow’s Plastic Surgery: Did The Singer Have a Facelift and a Nose Job?
Trending
Dr. Pepper Schwartz’s Plastic Surgery: Did The Married at First Sight Cast Member Have a Facelift and Botox?
Trending
Katie Couric’s Weight Gain: How Much Does The Journalist Weigh Now?
Trending
Natalie Noel’s Weight Loss: How Much Does the Sports Illustrated Model Weigh Now? Check Out Her Diet and Workout Routine!
House&Whips
About UsPrivacy PolicyTerms of UseDMCAContact
House&Whips is a leading media and entertainment source as a fast-growing information hub. For promotion or advertisement, please mail us at [email protected]