Andrew Rannells’ Weight Gain: What Do People Think About Him Getting Fat? 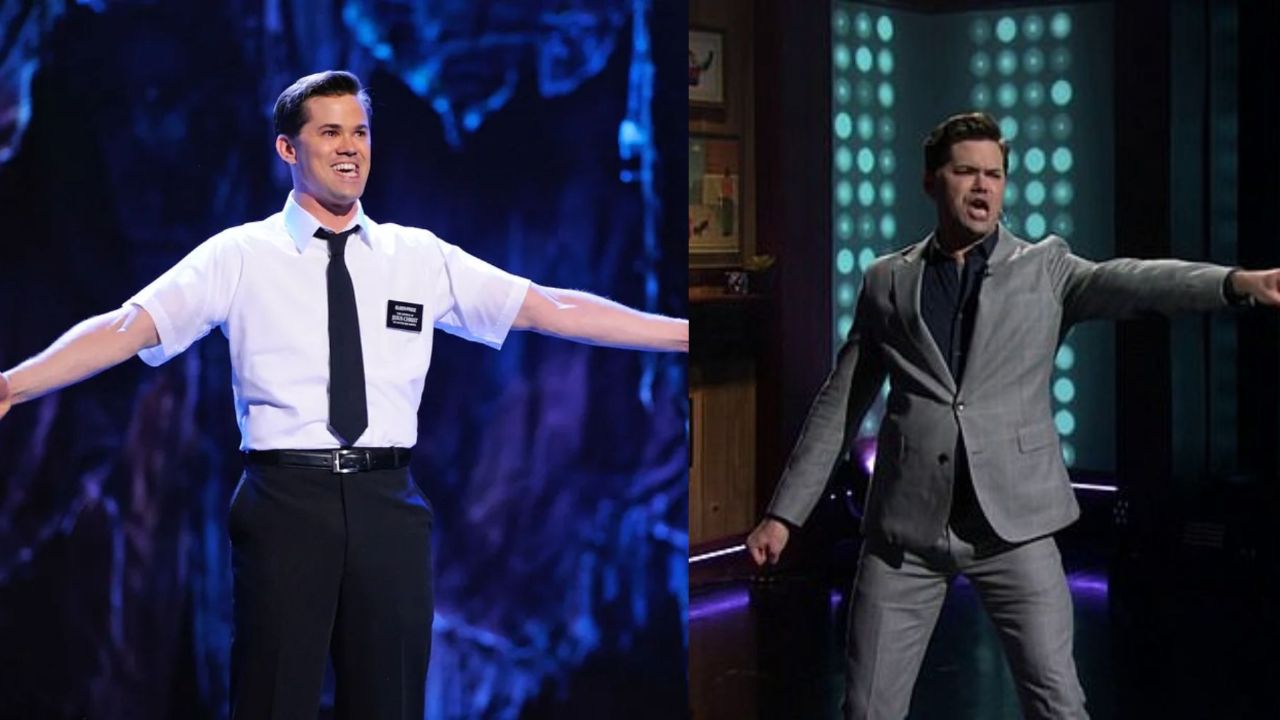 Andrew Rannells is an American film, stage, television, and voice actor who is mostly recognized for originating the role of Elder Kevin Price in the 2011 Broadway musical The Book of Mormon. With his stellar performance in the musical, he earned a nomination for the Tony Award for Best Performance by a Leading Actor in a Musical. He also won the 2012 Grammy Award for Best Musical Theater Album.

In 2017, he was nominated for Tony Awards for the second time for his performance as Whizzer in the 2016 Broadway revival of Falsettos. He is a Broadway star in every right and some of his other Broadway credits include Hairspray, Jersey Boys, Hedwig and the Angry Inch, Hamilton, and The Boys in the Band.

In the 2010s, he started venturing into acting on the screen He has notably starred in the 2012 NBC sitcom The New Normal and he also was cast in the recurring role of Elijah in HBO’s Girls. He started doing Black Monday on Showtime. Besides that, he has numerous voice-acting credits. He is the voice behind Matthew MacDell from Netflix’s Big Mouth and William Clockwell from Amazon Prime’s Invincible.

People have started voicing their thoughts on his weight gain. It first started in 2020 when he started to look the tiniest bit bigger and now that he looks like a completely different person because of the changes, they have grown louder than ever. Read to learn more about Andrew Rannells’ weight gain and what people say about it!

Andrew Rannells’ Weight Gain: He Has Not Yet Spoken About It!

So, Andrew Rannells (@andrewrannells) has had a weight gain and that’s the latest buzz around him. He has not talked about it all, so we don’t know, why and how he put on weight but for a section of his fans and followers, it is all they can talk about.

As per what fans and followers have noticed, Andrew Rannells underwent a weight gain in quite a short amount of time. Still, they kind of expected it because it really looked like it was just a matter of time from the time when he first debuted his bigger body in 2020. People talked about him then and they are doing it now.

Speaking of what happened in 2020, the actor made an appearance on Jimmy Fallon’s show where people observed that he had gotten bigger. It was not much but it really brought strong reactions from people. They think he must have packed on a good 40 pounds guessing from his ‘huge gut in a skinny suit.’ Some made speculations about his relationship and said that it must have ended and so, he had to have been ‘nursing his pain at the buffet.’

But some supported him through it all and called people out for making too much of a fuss about Andrew Rannells’ weight gain. They said that it was so ridiculous because fans were treating him like he had blown up to James Corden’s size even though he looked perfectly fine.(Not that Corden should be treated like that.) They also reasoned that he must be glad and secure in the relationship he settled down in and so, he let himself go.

Some of them also said that he looked fatter with more weight gain because his suit was tighter than before. They sympathized with him for having a weight that fluctuated so often.

Now, two years later, things do not seem to have changed and Andrew Rannells’ weight just seems to have progressed as he looks even bigger than before. We can tell he did not embark on a weight loss journey because he looked real fat, which again incited pretty extreme reactions among people. This time more people were critical of him for letting himself go like that.

They all got really snarky on discussion forums about Andrew Rannells’ weight gain saying things like ‘did they use a wide-angle lens to achieve that look or is he a fatty now?’ (The new ‘did the camera add 10 pounds’) And the same relationship speculations that things might have ended with Tuc Watkins (they were wrong the first time) were reiterated. Trolls said things like ‘they don’t seem like a couple anymore because of the weight gap.’

Some people left comments asking if Andrew Rannells was auditioning for The Whale because it sure looked like it as there was enough of him for at least two of them. There were others who thought the weight gain was not unintentional and that he had done it for some role he might be playing. They said that he was simply not the sort who would gain that much weight all of a sudden unless it was for a role as he was too shallow and vain.

It seems strange that he has not yet spoken up about his weight gain and against the body shamers when he once did the same for his Girls costar Lena Dunham.