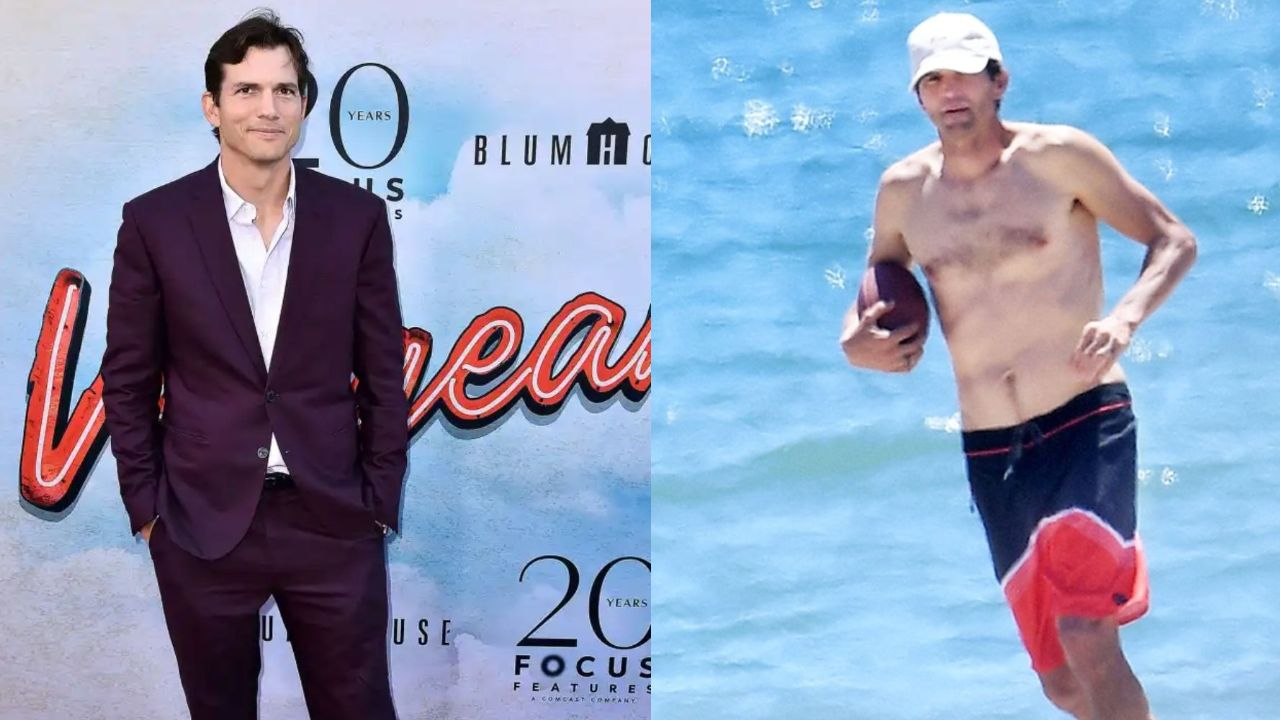 Ashton Kutcher recently revealed in an interview that he had a weight loss of 12 pounds while training for the upcoming 2022 New York City Marathon. That ’70s Show star is participating in the race to raise funds for Thorn, which is a company he founded that works against children’s sexual exploitation. Ashton Kutcher said that his wife Mila Kunis and their kids have made the training -weight loss, transformations, and all of it- much easier.

Ashton Kutcher is an American actor, former model, producer, and entrepreneur. He began his acting career in 1998 playing the role of Michael Kelso in the Fox sitcom That ’70s Show. The next year, he made his big screen debut with the romantic comedy Coming Soon. Since then, he has done a slew of romantic comedies, some of which are Guess Who, A Lot Like Love, What Happens in Vegas, and No Strings Attached.

In 2003, the actor created and produced the television series Punk’d. He also served as the host of the series for the first eight of its ten seasons. He has notably starred as Walden Schmidt in the CBS sitcom Two and a Half Men and in the lead role of the psychological film The Butterfly Effect.

In his career, Ashton Kutcher has been honored with various accolades, including a People’s Choice Award, and nominations for two Young Artist Awards, a Screen Actors Guild Award, and a Critics’ Choice Movie Award.

He recently revealed that he has dropped 12 pounds while preparing for a marathon that’s going to be held in November and detailed his dramatic transformation in an interview. Let’s dive into the details of Ashton Kutcher’s weight loss and physical transformation!

Previously, we touched on the weight loss efforts of Nicole Nafziger and Hilary Rosen.

Ashton Kutcher’s Weight Loss: His Wife Mila Kunis and The Kids Have Been Very Supportive Throughout The Actor’s Training!

Ashton Kutcher (@aplusk) recently revealed that he had a weight loss of 12 pounds while training for a marathon.

Ashton Kutcher – a longtime member of Peloton, an exercise equipment and media company that enables monthly subscribers to remotely participate in workout sessions with internet-connected stationary bicycles and treadmills via streaming media – is partnering with the company and launching an all-new 10-week 16-class digital interview series Our Future Selves.

For Our Future Selves, Ashton Kutcher is documenting his journey of preparation for the upcoming marathon as he is coached by some of Peloton’s inspirational instructors. In an interview with Entertainment Tonight, he made the revelation that he had a weight loss while preparing for the race and detailed the physical transformation he underwent as he trained for the 2022 New York City Marathon.

In the duration that he has been training for the marathon that is scheduled for November 6, which is just 2 months from now, he has so far dropped 12 pounds. And it’s not just the weight loss, his body has also transformed a lot.

The biggest change physically has been the transfer of muscle mass from upper body to lower body. I’ve lost about 12 lbs.

Ashton Kutcher’s wife Mila Kunis has been very supportive of him throughout his journey as he underwent the weight loss and body transformation which, he said, is what motivated him to keep going on and how he was able to keep himself dedicated to the process. His wife Mila along with their two kids, son Dimitri Portwood, 5, and daughter Wyatt Isabelle, 7, is his motivation to cross the finish line this fall.

With them, hard things become much easier which is what Ashton Kutcher learned about himself in the months he had spent in the training. So, he is leaning on them while preparing for the marathon at the pace that he can sustain.

Surrounding myself with a support system makes hard things much easier. Setting a pace that you can sustain is not the same thing as working as hard as you can.

And besides, his wife and their kids have always been the driving force for him in his life and also, he has always been a charitable person and the marathon is about that as well.

My baseline ‘why’ comes down to leaving life better than what it was given to me. My daily motivator is my kids and family.

The reason the upcoming marathon is so important to Ashton Kutcher that he has been focused on training for it for months and went through that dramatic transformation and weight loss is that he is participating in it to raise money and awareness for Thorn, an international anti-human trafficking organization that works to address the sexual exploitation of children founded by Kutcher himself and his ex-wife Demi Moore.

To Ashton Kutcher, the marathon itself is an elevating opportunity for the work that he has been doing with Thorn for over a decade. For him, it’s a chance to show the folks that have been working so hard to make the vision of Thorn – which works to build technology to defend children from sexual abuse and eliminate child sexual abuse material from the internet – a reality. That is why he is in it with them and is very willing to go to the last mile. Weight loss, physical transformation, and all.

Ashton Kutcher explained that he had made this move and every move he had ever made with Thorn is in consideration of creating scalable outcomes that help children have lives where they can just be kids.

This latest charitable endeavor with the marathon of the That ’70s Show star is really impressive with the hardcore preparation undergoing weight loss and that dramatic transformation, as it comes after his recent revelation that he was left bedridden when he was diagnosed with a super rare autoimmune disorder. It was very serious and he was in a very critical condition. At the time, he said he was ‘lucky to be alive’ following the health scare.