Camryn Grimes’ Weight Gain: Is Mariah From The Young And The Restless Pregnant In Real Life? 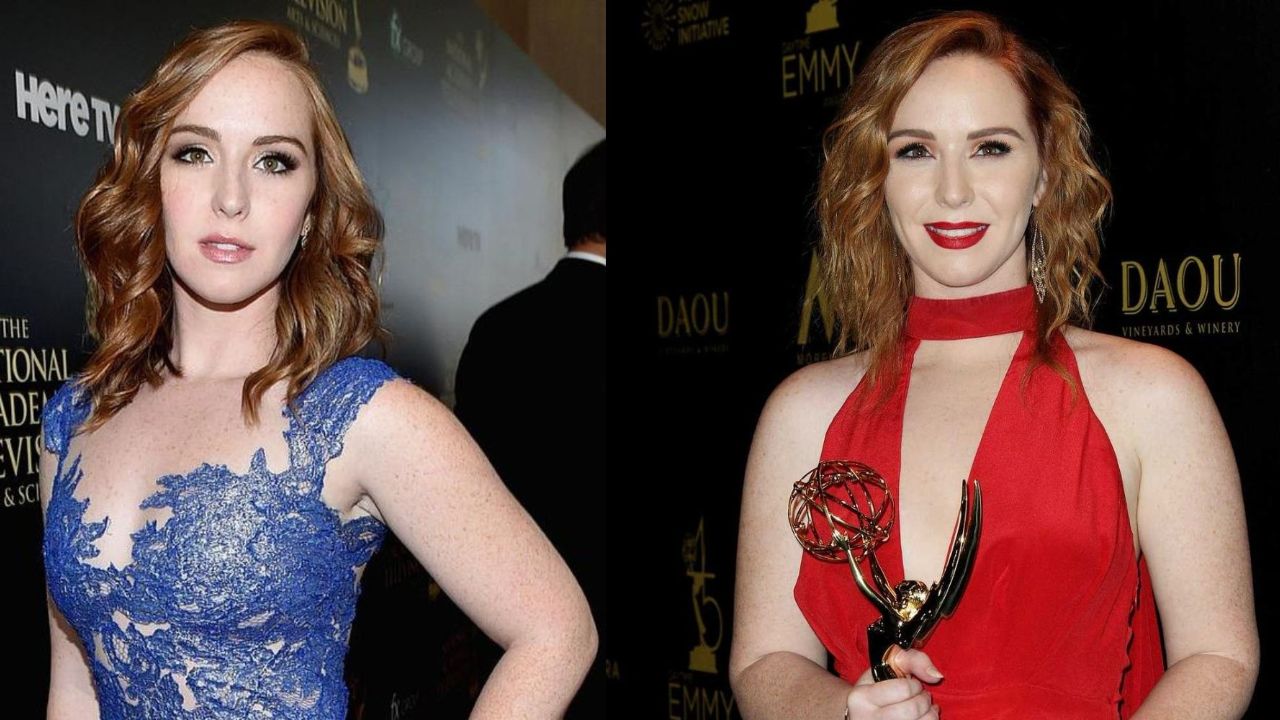 Camryn Grimes is an American actress who is mostly recognized for her role(s) in the soap opera The Young and The Restless.  She joined the CBS soap opera in 1997 when she was just seven years old playing the role of Cassie Newman. After three years of doing the show, in 2000, she won the Daytime Emmy Award for Outstanding Younger Actress in a Drama Series making her the youngest recipient ever of the award at age 10.

In May 2005, Camryn departed the show when her character Cassie was written off dead from injuries sustained in a car accident in the plotline. However, she didn’t completely keep away from The Young and The Restless even after leaving the show. She did many guest appearances as Cassie’s spirit and in 2014, after almost a decade of leaving the show, she rejoined the soap opera. This time, she took on the role of Mariah Copeland, a woman bearing a resemblance to Cassie who is later revealed to be her twin sister.

Though The Young and The Restless is mostly what she is known for, that’s not the only work the actress has done. In 2001, she played the role of Holly in an action-thriller Swordfish which also starred Hugh Jackman, Halle Berry, and John Travolta. Besides that, she also guest-starred on many shows including Medium, JAG, NCIS, and ER, on which her maternal uncle, Scott Grimes, was a cast member.

Mostly low-key, her claim to fame being The Young and the Restless, Camryn Grimes has mostly stayed out of the public eye but recently, she is in the news regarding her weight. Camryn Grimes’ weight gain is currently trending on the internet for some reason.

Previously, we touched on the weight gain stories of Jazz Jennings and Mariah Carey.

Camryn Grimes‘ (@camryngrimes) weight gain is currently making rounds on the internet seemingly out of nowhere. Because there is nothing to suggest or hint that the actress has gained weight in recent times. Like, if you take a look at the pictures on her Instagram page, you would see that she looks the same, as in no significant changes, at least not due to weight gain. Then, why do fans think that she has packed on some pounds?

Maybe a few months ago, the speculations could have been somewhat justified because of the situation then. In January 2022, when the rumors of Camryn Grimes’ weight gain were spreading around on the web, it coincided with the pregnancy of Mariah Copeland, the character she portrays in The Young and The Restless. On the show, she was sporting a baby bump that looked very convincing. It seemed very real as it appeared to be getting bigger like what happens in real pregnancy.

And seeing her on the screen like that, her acting so on point, viewers thought that Mariah from The Young and The Restless was pregnant in real life and thus began the queries about Camryn Grimes’ weight gain because people wanted to see if she had indeed gained weight in real as that could be due to pregnancy.

But all they could find out about the weight gain was that it was definitely not because she was pregnant in real life. It was just Camryn Grimes playing the role of Mariah faultlessly and so convincingly, and the wardrobe department of The Young and The Restless. They were the ones who had been padding up her belly so well that people thought that she must be carrying a child for real.

However, though the pregnancy rumors had been debunked, Camryn Grimes did seem to have had a weight gain, not then but before a few months. She apparently gained weight somewhere around October of last year. The fans saw a photo of her where she was looking pregnant because of the weight gain. And some of them went extra and intrusive and commented with a GIF that said, ‘Congratulations you’re pregnant,’ to which she replied something along the lines of ‘Yeah. No. Lol. Covid weight.’

So, now we can tell that Camryn Grimes had a weight gain, not recently, but in the final months of last year. And that it was a pandemic weight that she carried which she herself admitted. Some fans believe it may have been due to her relationship. What they exactly said was that a person in a content relationship tends to have a weight gain and Camryn seems to be very happy with her boyfriend Brock Powell.

Camryn Grimes has been dating Brock for two years and they do seem lovey-dovey on the internet from the way she sometimes gushes about him on her social media. For his 33rd birthday, she posted his picture on Instagram and captioned it,

Brock Foster Powell – 33, Death – 0. Happy Birthday to the one and only, the truly inimitable. Thank you for giving me 33+ things to be grateful for, I love you.

However, her weight gain during that time could have been because of other reasons, like because of the pandemic, which she told herself.

Pamela Anderson’s Plastic Surgery: Why Does The Baywatch Star Look Unrecognizable These Days? The Actress Then and Now! Read More

Trending
Do They Find Gonker in Dog Gone? What Happens to the Lost Dog in the Movie? Ending Explained!
Trending
Olivia Culpo’s Plastic Surgery: What Are the Beauty Secrets of the Former Miss Universe? Before & After Pictures Examined!
Trending
Buddy Valastro’s Weight Loss in 2022: Comparing His Before and After Pictures, the Former Cake Boss Star Looks Way Too Slimmer!
Fliming Location
Dog Gone Filming Locations: Where is the Netflix’s New Dog Drama Filmed?
Trending
Is Lori Petty Gay? What’s the Actress’ Sexual Orientation? Fans Think She’s Not Straight!
House&Whips
About UsPrivacy PolicyTerms of UseDMCAContact
House&Whips is a leading media and entertainment source as a fast-growing information hub. For promotion or advertisement, please mail us at [email protected]