Corey Harrison’s Weight Loss: How Did Big Hoss from Pawn Stars Lose Weight? Is He Sick? Check Out His Before and After Pictures! 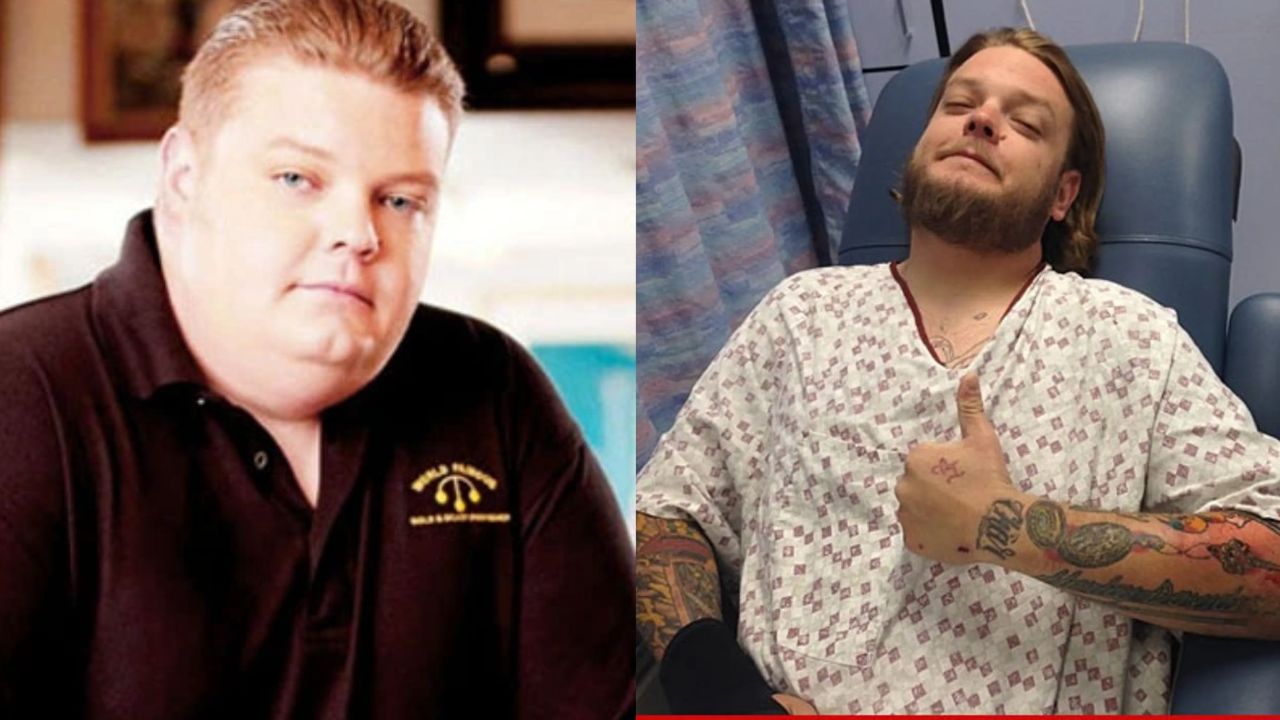 Corey Harrison underwent a significant weight loss of about 200 pounds in 2010 after he had gastric band surgery. The Pawn Stars alum did not focus much on his health and weight until after he learned from his doctor that he was pre-diabetic. Corey Harrison then got lap band surgery after which he lost a substantial amount of weight. Many people thought he was sick or had some kind of illness. He made changes to his diet and started exercising and going to the gym to maintain his weight loss afterward.

Corey Harrison is an American businessman and reality television personality who is mostly recognized as a cast member of the History TV series Pawn Stars. He has been doing the reality show that documents his work at the World Famous Gold & Silver Pawn Shop in Las Vegas, which he co-owns with his father, Rick Harrison, since 2009.

Though the plot of Pawn Stars featured Harrison getting into arguments with his father and grandfather over his knowledge of the shop’s inventory, his responsibilities as a manager, and his overall judgment in sales, viewers were more interested in his weight loss. Shortly after the show aired, he underwent a drastic physical transformation. Let’s learn more about Corey Harrison’s weight loss!

Also, check out the weight loss stories of Jimmy Jam and Amy Fadool.

Corey Harrison’s Weight Loss: Big Hoss From Pawn Stars Had a Lap Band Surgery; He is Not Sick and Has No Illness; Check Out the Before and After Pictures!

Corey Harrison (@realcoreyharrison) from Pawn Stars is the main character of one of the most successful weight loss stories. It’s very weirdly satisfying to see him before and after his massive physical transformation in pictures. It was jaw-dropping how he shed about 200 pounds after the lap band surgery in 2010 and successfully maintained it since then. Many people thought he was sick and had some kind of illness before realizing he lost weight because of surgery.

Corey Harrison tipped the scale at 402 pounds when he was at his highest weight. But even at that weight, weight loss for the sake of his health was not in his frame of mind. He didn’t even know it then that he was very uncomfortable with his size which he would later realize. He was weirdly not bothered with his weight until he got a wake-up call in 2010 when his doctor put him on preventative diabetes medication.

The Pawn Stars alum got terrified after learning that he was pre-diabetic and it was only then that he focused on his health and weight. Deciding to do something about his size for his health, he had a weight loss surgery which worked wonders for him. He revealed to Good Morning America in 2014,

Literally, I’m driving home from the doctor’s office, kind of freaked out about it, and I see the place where they do lap band [surgeries], and I just pulled in and said, “What does it take to have the surgery?” he said. “I didn’t have much money at the time. I pulled out four credit cards and put it on that, and there you go!”

And that was all! Well, not all, but the beginning of it all! But Corey Harrison had that weight loss surgery and he hasn’t looked back since then. After he went through with the gastric band procedure, he dropped 50 pounds in the first six weeks post-surgery and by the end of the first year of the procedure, he shed an additional 100 pounds. He was almost 150 pounds lighter which was almost half his weight.

Having a lap band in place, Corey Harrison gradually got rid of more than 200 pounds and became half his size from how he used to look back when he weighed around 400 pounds. It was a great feeling as he came to realize after the weight loss because he was unaware of how bad he felt at his larger size until after he lost the weight. He said that it was weird to feel better at 31 than he did at 25.

The reality star loved his new body post-transformation and became determined to maintain his weight loss. After slim became his new comfort, he didn’t want to go back to when he weighed 402 pounds. He said,

I could never go back to weighing as much as I did. It made me realize what I ate, how I ate and what I did to myself. It was a WOW moment.

To ensure that Corey Harrison never goes back to his pre-weight loss size, to retain his weight loss, he started living a much different lifestyle, one that included exercising and physical activity. He continued to have his band checked regularly and started going to the gym regularly.

And going to the gym was not just something he had to do to retain his post-weight loss size but it was also something that excited him because unlike before, he was able to work out. Corey Harrison also recalled how he loved snowboarding when he was a teenager but he was just too big to strap his feet on the boards to try it when he was in his 20s. So, it excited him to finally be able to touch his toes which meant that he could snowboard again. He got new gear immediately after the realization.

Besides the exercises, gym, and physical activity, Corey Harrison also made changes to his diet. He started becoming more conscious of what he put into his mouth as he could only have four to five ounces of food in his stomach and when he realized that he only had that much space in there, he didn’t want to fill it with cr*p.